Next Aston Martin Valhalla and Vanquish With Mercedes V8 PHEV

Aston Martin boss Tobias Moers has announced that the British carmaker is ditching its own V6 engine in favour of a V8 PHEV from Mercedes for the upcoming sports models Aston Martin Valhalla and Vanquish, unveiled at the Geneva Motor Show in the spring of 2019.

Back then, Andy Palmer, Aston Martin’s former boss, introduced a trio of sports models with which he wanted Aston Martin to enter the mid-engined market. In order of performance, the models came with the names of Vanquish, Valhalla and Valkyrie. But as of 2019, a lot has changed at Aston Martin. The British firm has a new shareholder and a new boss, Tobias Moers, who came from Mercedes-AMG. In the meantime, Mercedes has increased its shareholding and technical cooperation with the British brand.

The good news is that, despite these changes, the plan for mid-engined models has remained the same. So the v12-powered Valkyrie hypercar will debut in 2023, the Valhalla comes in 2024 and the Vanquish in 2025. However, the Vanquish will be renamed, according to chairman Lawrence Stroll, because the name causes confusion. The same name was used by the GT built for two generations – 2001-2007 and 2012-2018. 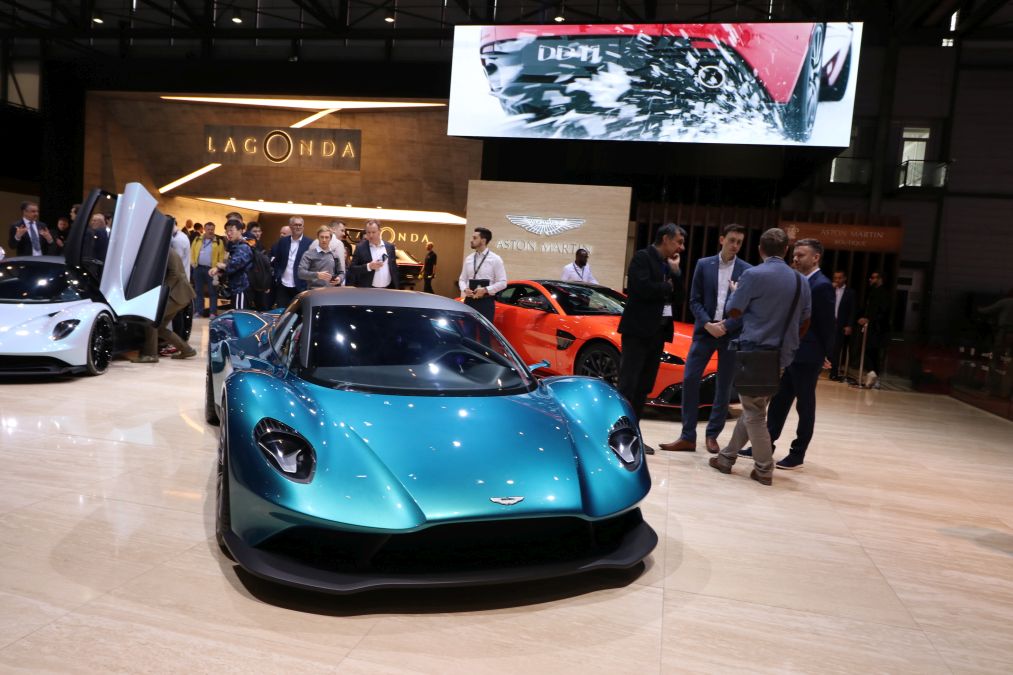 Aston Martin boss Tobias Moers announces that the Vanquish – or whatever it will be called – will get a different engine than the concept the brand revealed in Geneva in 2019. Aston Martin initially intended to develop its own twin-turbo V6 with around 700 HP. But its development was very expensive and, in the meantime, the strengthening of the technical partnership with Mercedes has led to a less expensive solution.

The Vanquish will receive the V8 PHEV powertrain from the Mercedes-AMG GT S E Performance 4-door coupe. Thus, the mid-mounted 4-liter twin-turbo V8 engine with around 630 HP will pair with a 204 HP electric motor driving the front axle. The system will deliver around 830 HP, as in the Mercedes-AMG GT 63 S E Performance 4-door coupe. Tobias Moers says that in a sports car, it’s important to achieve an optimal ratio between weight and electric range. That’s why the PHEV system’s battery won’t be too big. But Moers estimates an electric range of between 25 and 35 km.

The entry-level Vanquish supercar, or whatever the name, should cost around 300,000 euros. It will compete with the Ferrari 296 GTB and the McLaren Artura.

Above the Vanquish, there will be the Aston Martin Valhalla, which will use a similar PHEV system. But the bi-turbo V8 engine will be the AMG M178 from the AMG GT Black Series with flat-plane crank revving to 7,200 rpm and producing 730 HP. In this case too, a 204 HP electric motor will drive the front axle and the total output of the system will exceed 930 HP. The Valhalla will compete with the Ferrari SF90 Stradale and the successor of McLaren 720 S. It will cost around 700,000 euros.

Aston Martin says the Valhalla will do 0-60 mph in 2.5 seconds, reach 217 mph, and lap the Nurburgring in 6 minutes and 30 seconds. The figures will thus make it the fastest production car series on the legendary circuit. Unlike the Vanquish, which has an aluminium structure, the Valhalla will have a carbon-fiber body. Aston Martin says it will weigh less than 1550kg.