Mercedes-AMG is working on the competition for the new Porsche Cayenne Turbo, the GLE 63, said to be a bit bigger than before. The new GLE will be unveiled next January, at the Detroit motor show. The design language will be reminiscent of the small GLC with striking large 22-inch multi-spoke wheels with taped AMG lettering. Thanks to the new MRA derived platform, the GLE will be significantly lighter than the current model. Under the hood is the well-known four-liter V8 Biturbo, which provides exactly as in the Mercedes-AMG E 63 and E 63 S 571 or 612 hp. Not completely excluded is a hybrid system for even more power, maybe even the same 639 hp variant of the V8, as available in the Mercedes-AMG GT 4-Door Coupe.

The above figures are already sending shivers to Porsche’s spine. The third-generation of the Cayenne Turbo has similar engine characteristisc but significantly less power: eight cylinders, a displacement of 3996 cm³ and two turbochargers. The maximum power -549 hp- is generated between 5750 and 6000 rpm and the maximum torque -770 Nm- between 1960 and 4500 rpm. The gearbox is a Tiptronic S automatic, torque converter type, and has eight speeds. 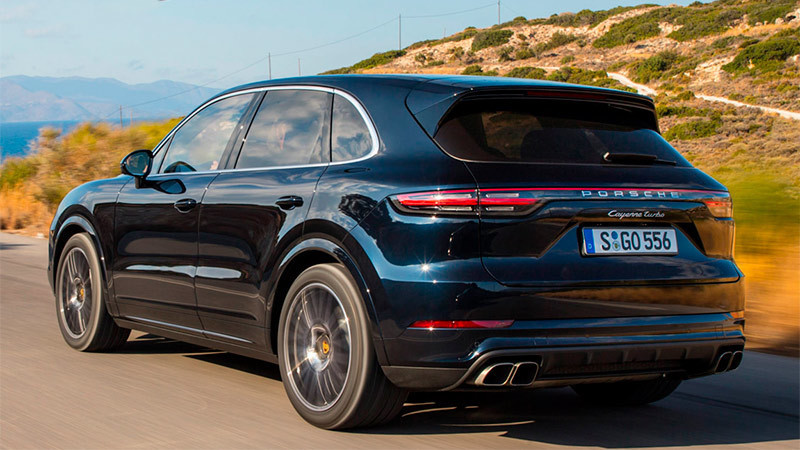