The Mercedes-AMG SLC 43 is a convertible two-seater and an update of the SLK 55 AMG from 2011. Mercedes-Benz has changed the name to adapt it to the new nomenclatures, although it is the same 4,13 m long roadster as before. Under the bonnet we find a 3.0-litre V6 with two turbochargers, good for 367 hp and 520 Nm, all sent exclusively to the rear wheels. 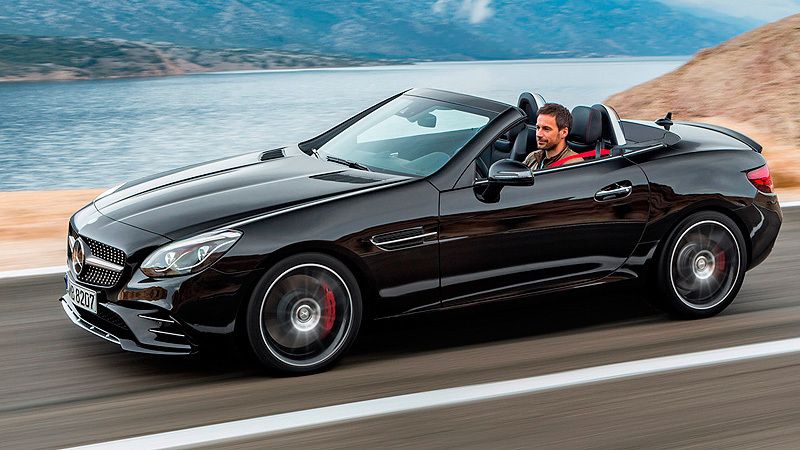 There are a number of options designed to improve the driving compared to the standard SLC. There is a package called “handling package”, which adds a mechanical rear limited slip differential – instead of electronic. There are two types of sport suspension and variable hardness, one of series and another optional of greater performance – «AMG RIDE PACKAGE». Mercedes-AMG also says that the nine-speed automatic transmission 9G-TRONIC has been adjusted so that the changes are faster than in the previous seven-speed SLK 55 AMG, and that in the manual mode, the new unit keeps the gear engaged even if it reaches the limit of revolutions of the engine.

The direct competitor of the SLC 43 is the Porsche’s top variant of the 718 Boxster, the GTS. This is powered by the same 2.0-litre four-cylinder turbo engine as the lesser models in the range, but offers a healthier 366 hp output, or essentially the same as the six-cylinder Mercedes-AMG SLC 43. The transmission is a seven-speed PDK automatic double clutch unit, while traction is on the rear axle only, just like the Mercedes-AMG. Despite having two cylinders in minus, there are no major advantages in the consumption department, in fact the Mercedes-AMG SLC 43 consumes less at 7.8 l/100 km versus 8.2 l/100 km for the 718 Boxster GTS. 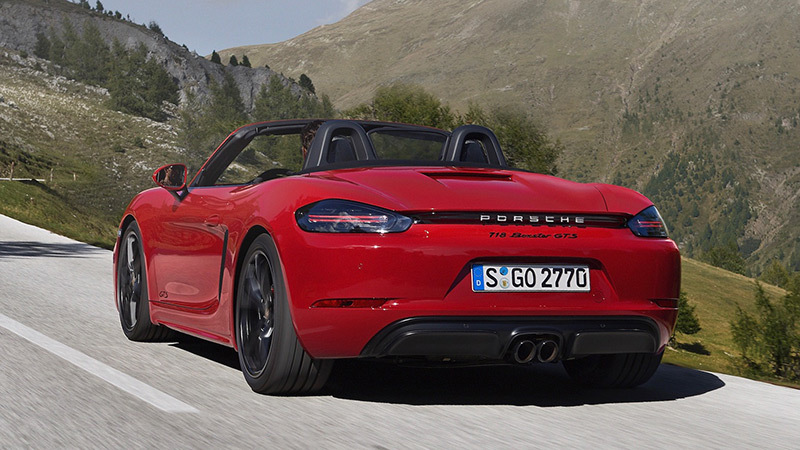 Performance-wise, the Porsche 718 Boxster GTS is quicker than the Mercedes-AMG rival. The 0-100 km/h acceleration is rated at 4.1 seconds versus 4.7 seconds for the SLC 43, while top speed is 290 km/h compared to 250 km/h for the Mercedes-AMG (limited). As far as pricing is concerned, the Porsche 718 Boxster GTS is available in its native market (Germany) from 78,160 euro. The Mercedes-AMG SLC 43 by comparison is almost 18,000 euro less expensive, at only 60,422 euro. This is a considerable difference, which could off-set many prospective buyers of the Porsche in favor of the similarly sporty and powerful Mercedes-AMG.