Based on the CLS, the new AMG GT 4-Door Coupe is a direct response to Porsche’s Panamera and a more practical variant of the GT Coupe, powered by the same 4.0-litre bi-turbo V8 as the GT Coupe, albeit in more powerful 585 hp and 639 hp guises (in the latter case, the engine is mounted on active supports). 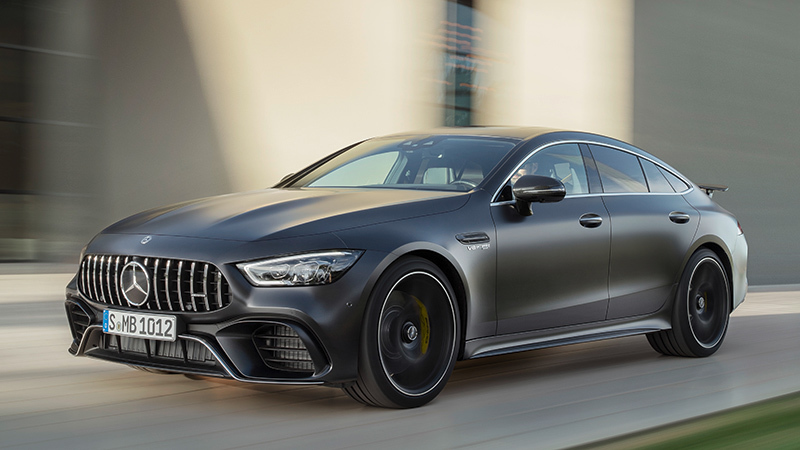 The change of gears is achieved via the SPEEDSHIFT MCT 9G 9-speed transmission with a wet clutch, coupled to the multi chamber air suspension AMG RIDE CONTROL+ and the AMG Performance 4MATIC+ all-wheel drive.

The higher power version has a self-locking rear differential, which is optional for the base variant (option included under the Dynamik Plus package). Another difference is that the 63 S 4Matic + has a function of the traction system that allows you to skid the rear axle more easily (“Drift Mode”). Acceleration from zero to 100 km/h is rated at 3.2 seconds for the Mercedes-AMG GT 63 S 4-Door 4MATIC and 3.4 seconds for the AMG GT 63 with top speeds of 315 km/h and 310 km/h. 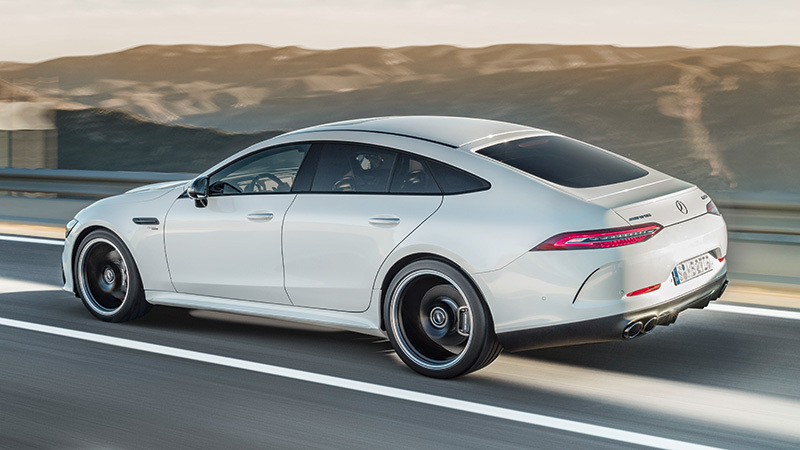 Now in its second generation, the Porsche Panamera Turbo comes in two guises, the 550 hp Turbo and the 680 hp Turbo S E-Hybrid, both available with an eight-speed automatic dual-clutch (PDK) transmission. The engine of the Turbo S E-Hybrid is the same one of the Panamera Turbo, with exactly the same power, a V8 of 3996 cm³ with two turbos, but has an extra electric motor rated at 136 hp -powered by the energy stored in a lithium-ion battery of 14.1 kWh located under the floor of the trunk, with an autonomy in electric mode of 50 km. Just like the Mercedes-AMG GT 4-Door Coupe, the Panamera Turbo is fitted as standard with air suspension, adaptive springs and all-wheel drive. Optionally, the wheels of the rear axle turn in the corners, in the same direction as the front wheels or in the opposite depending on the speed. 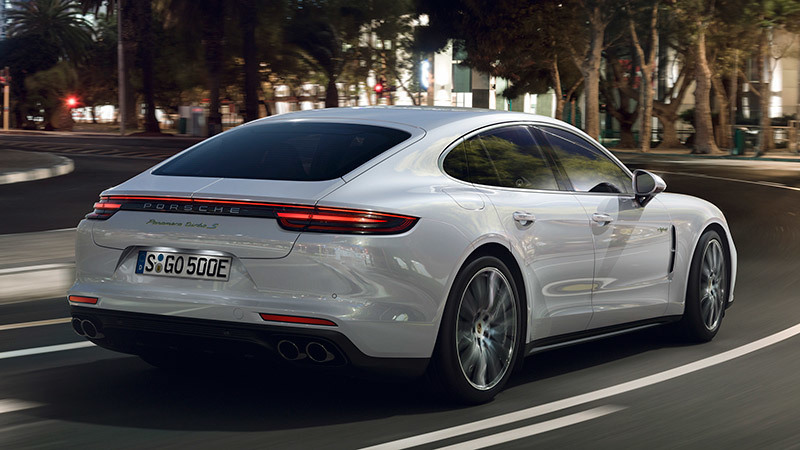 Price-wise, the Porsche Panamera Turbo can be ordered from 155,748 euro (Germany), while the Turbo S E-Hybrid starts at 185,736 euro. The Mercedes-AMG GT 4-Door Coupe’ prices have not yet been announced, but looking at the 2-door variant, the closest equivalent model would be the AMG GT R with 585 hp, available from 166,481 euro. It is although a special model and so the 4-Door version might be priced closer to the 150,000 euro mark, undercutting the Panamera.