Mercedes-AMG vs Porsche war! It seems that in Stuttgart a new competition was born. With its second stand-alone model, Mercedes-AMG GT 4-Door Coupe, Mercedes’ sporty division has launched a direct attack to Porsche. We present here the duels in each class between Mercedes-AMG and Porsche.

First, it was the Mercedes SLR Mclaren, a grand tourer jointly developed by Mercedes-Benz and McLaren built between 2003 and 2010 in McLaren Technology centre in Woking.
At the end of 2009, SLR was replaced by the SLS AMG developed entirely by AMG division with gullwing doors in the memory of the famous 300 SL from 1954.

SLS AMG was a great car but at 189,000 euros it was expensive in compare with a Porsche 911 Carrera S. Mercedes-AMG has decided to attack Porsche direct in the price segment of the 911 icon.

On September 9, 2014, Mercedes-AMG has launched the AMG GT which is the direct rival of Porsche 911. Available at first in two versions, the AMG GT has now four versions which cover almost the whole range of Porsche 911 including the Turbo version of the 911 icon.

We go in detail for the base version Mercedes-AMG GT up against Porche Carrera S.

Despite having a 180 mm larger wheelbase, the Mercedes AMG-Gt offers only two seats while Porsche 911 is a 2+2 configuration. Explanation: the front engine mount in the AMG GT is placed well behind the front axle and this solution needs a lot of space. 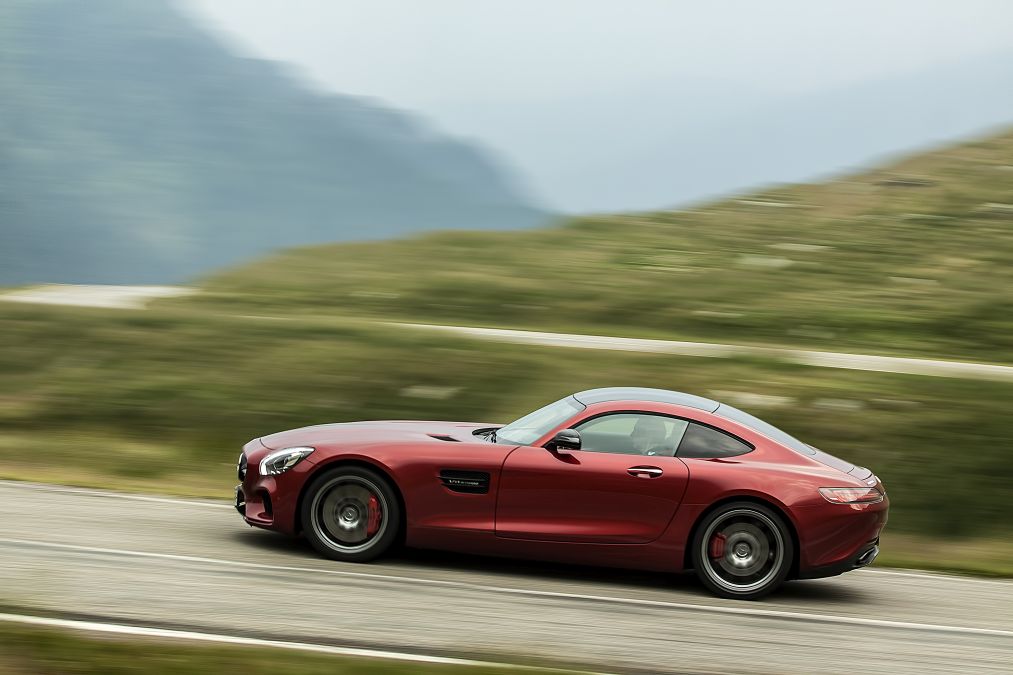 AMG-GT took over the transaxle platform from the SLS AMG with the double clutch gearbox mounted on the rear axle together with the rear differential. The 4.0 liter V8 bi-turbo AMG engine with 476 HP is one of the best in the industry with a superb response while in Sport Plus the car is very engaging and fun to drive. But even in the Comfort mode is noisy at the highway speed and the suspension is too firm for a grandtourer.

On the other side, Porsche 911 is a more usable for day by day offerind a better comfort in the Comfort mode. It is not faster than the AMG GT on a straight line but is better on the racetrack. With special technical features like active roll stabilization or the integral steering, both offered on the optional list, 911 carerra S is quicker on the racetrack than the AMG GT. 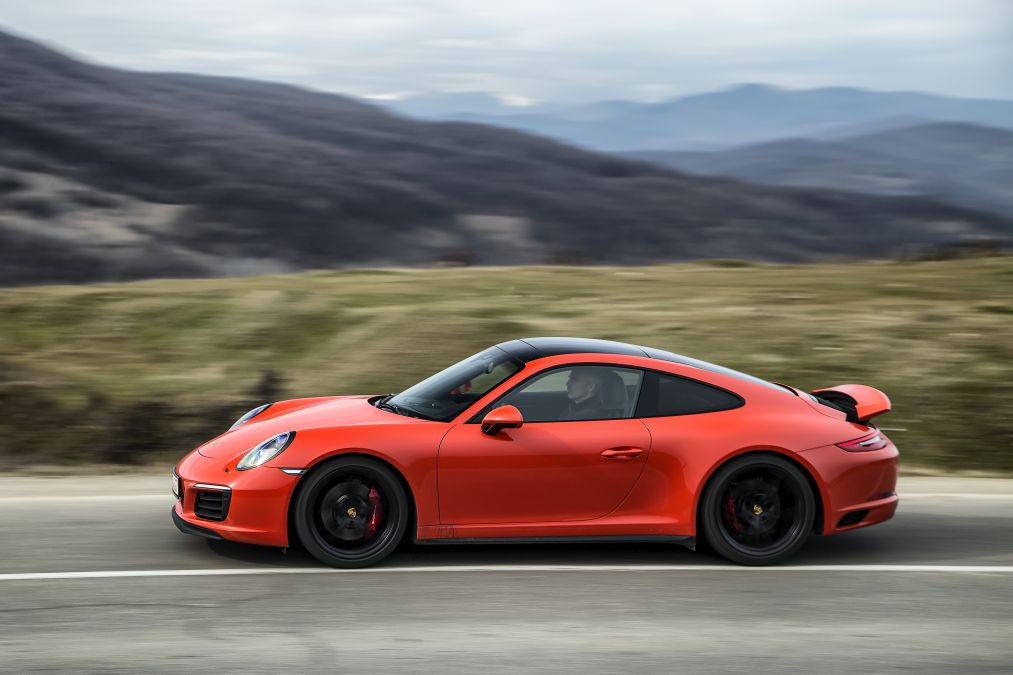 Mercedes-AMG GT is around 5,000 euro more expensive than the Carrera S but the seven spped double clutch gearbox is standard while Porsche still come from the factory with a manual gearbox (the PDK is optional) and offers a better standard equipment than 911.

Is the Mercedes-AMG a 911 killer? Not yet, but it is a fierce rival.