With the downfall of the convertible segment as backdrop, Mercedes-Benz is currently putting together the finishing touches on its revised roadster, the SLC (ex. SLK).

It’s not a good time to be a two seater convertible – or any other convertible for that matter: sales have been dropping constantly and car buyers continue to be reluctant to idea of spending their hard earned cash on a convertible during these uncertain times.

This could explain why Mercedes-Benz has pushed so far back the launch date for their new roadster which will be dubbed SLC in accordance to the new naming scheme. The current model has remained unchanged since its 2011 launch while this long overdue update is expected to make an appearance at next year’s Geneva show (or maybe even an earlier start in Frankfurt this fall).

The main exterior changes target the front end with the new larger and concave grille and modified headlight design – think C-Class and you won’t be too far off. The rear of the car will receive similar treatment with a changed fascia and taillights which use LED technology.

The interior has yet escaped the lenses of the spy photographers but it’s safe to assume there won’t be any drastic changes – we’ll probably see the new COMAND interface in place and the new, larger display as well. There might also be some options for new fabrics or colors. 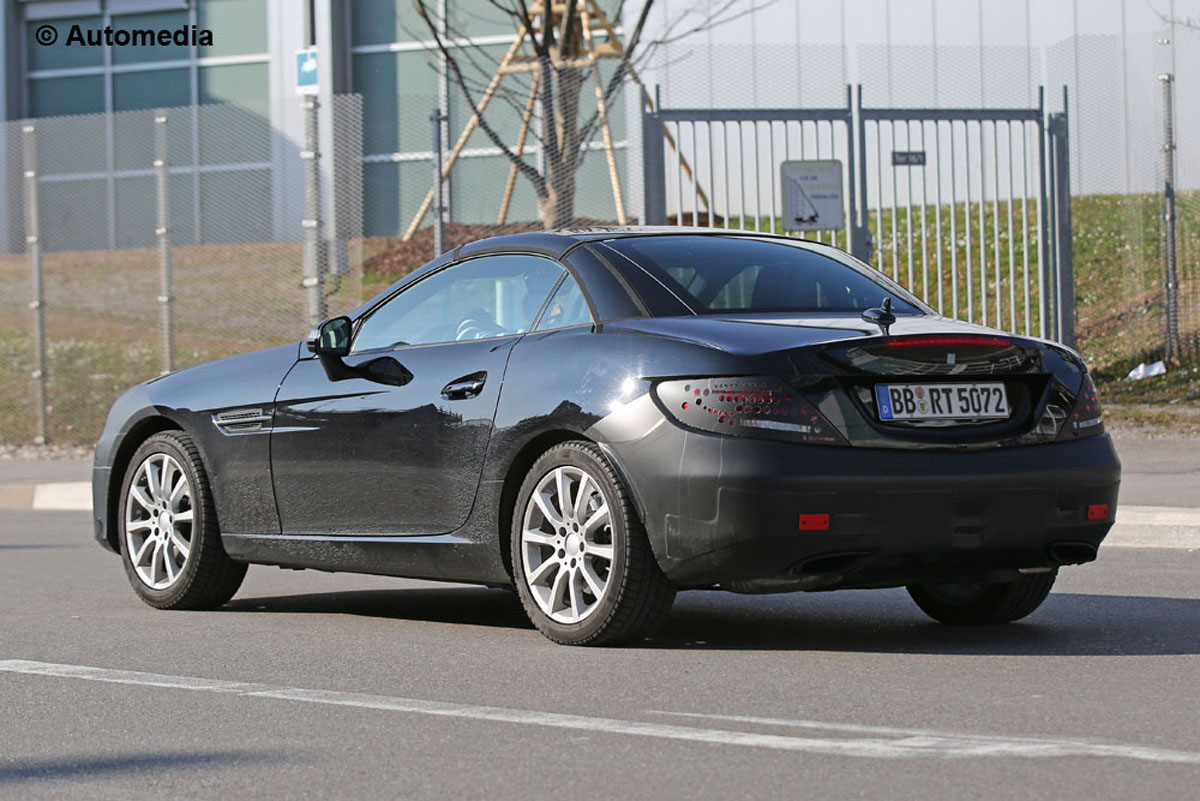 As far as powertrains go, the only one that really matters is that which will power the AMG version – the Mercedes-AMG SLC 63 should swap the 5.5 liter V8 for the new smaller block from AMG which proved very successful in the latest models. It’s a 4.0 liter twin-turbo V8 with different stages of power, so the final output for the AMG SLC 63 is simply an in-house decision.

There should also be some high-power four cylinder engines to help keep costs down as well as a new (for the segment) nine speed automatic transmission to complement the six speed manual. 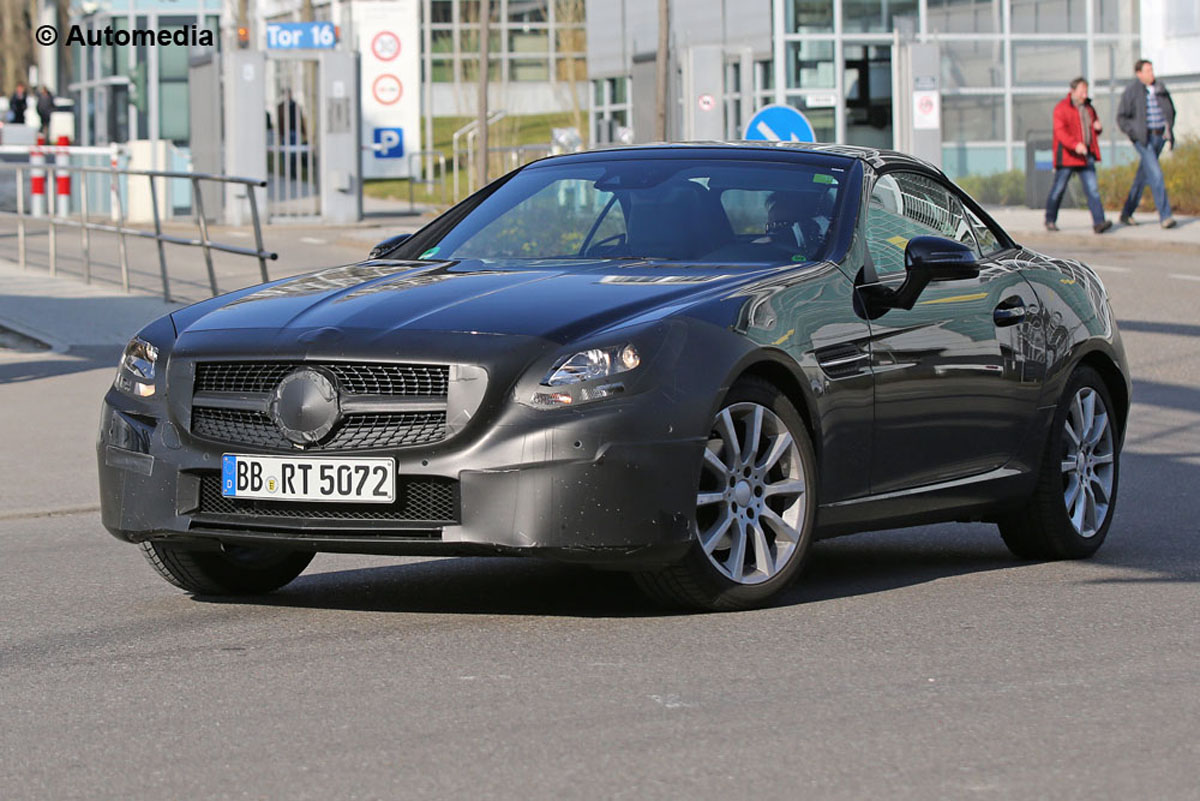 It’s still to early to talk about pricing, but given the current circumstances, Mercedes-Benz would risk a lot if they made the new model any more expensive, so expect the SLC to remain within the same boundaries.