UPS will upgrade soon its fleet of delivery vans with the new Mercedes-Benz Sprinter 513 BlueTec with 127 HP, replacing the Mercedes-Benz Vario in UPS’ fleet.

More exactly, UPS has ordered the new Sprinter 513 BlueTec model in order to replace the Vario. For the beginning, the new UPS Sprinter will be produced in small series and it will be put into service in Germany, Great Britain and Ireland.  First and foremost, the main advantages of the vehicle, which has a maximum permissible weight of 5.3 t, are its outstanding ergonomics and safety, a high carrying capacity, and its fuel-efficient, environmentally friendly drive concept. Furthermore, the enlarged passenger-side door should help the UPS employee to load and unload packages faster, because the door is a bit higher and wider than its predecessor. What’s more, the sliding door, the doors between the cab and the load compartment and the rear door can be locked electronically. 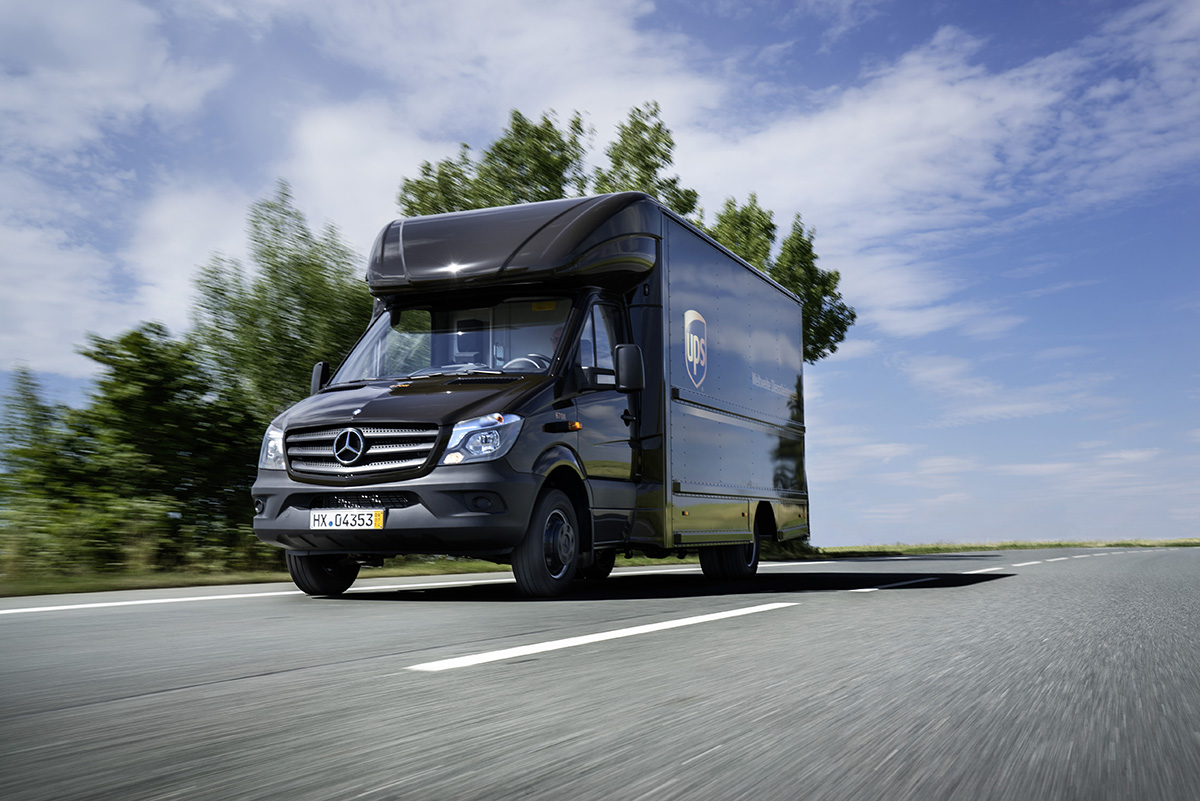 Spier will be the one responsible for the cargo section of the body and the bonnet which goes on top of a Mercedes-Benz Sprinter 513, the long-wheelbase form. UPS will use three models (the UPS P60, the UPS P70 and the UPS P80). The Sprinter is a van that sets new standards, for example, with its engine: all the three models have an efficient four-cylinder OM 651 engine.

The first unit is expected to be delivered to the company sometime in August 2015.

The new Mercedes-Benz Sprinter 513 was chosen as the basis vehicle due to its considerably reduced fuel consumption and lower CO2 emissions compared to the UPS Vario.