One week before the Formula 1 kick-off in Melbourne, Australia, the brand new Safety Car and Medical Car in Formula 1 have been revealed. The Mercedes-AMG GT S will be the pace maker whenever an incident will occur on the circuit, while the C 63 S Estate is going to be the first vehicle to reach an accident scene. 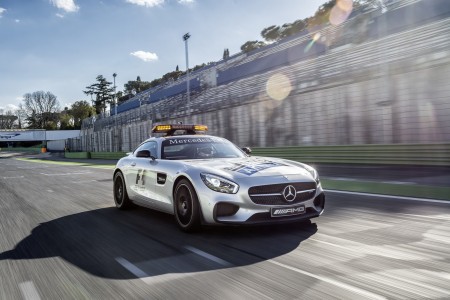 The Formula 1 Safety Car is, of course, not like the regular GT S. It has been equipped with a light bar mounted up a carbon fiber air scoop. When the Safety Car is deployed, the light bar goes orange. The orange light means that overtaking is prohibited. Green light indicates the exact opposite. Also set on the light bar, there is a TV camera, to provide the viewers with the most genuine race experience in their very own living room. The special number plate will be synchronized with the light bar. Both headlights and taillights are set to display stroboscopic light effect whenever the car rolls on the track. 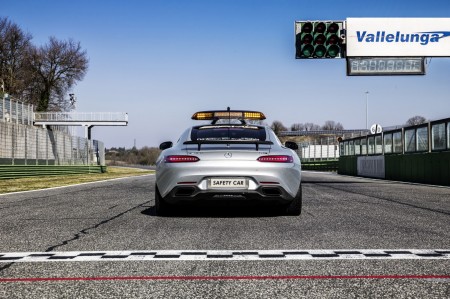 The Mercedes-AMG GT S replaces the gullwing SLS AMG, that has been the official Safety Car in Formula 1 for five years.

The car changed, but the driver is stayed. The DTM driver Bernd Maylander, the 43-year old official Formula 1 Safety Car driver since 2000, will have FIA Fuel Analyst Peter Tibbetts by his side. The fuel expert will monitor all cars on the track by the help of two iPads. If an accident should happen, a “Medical Warning Light” is also displayed by the pace-maker. 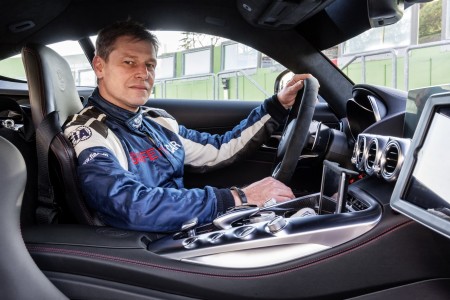 The racing driver Alan van der Merwe will be behind the wheel of this car. In the passenger’s seat, FIA head physician, dr. Ian Roberts, will make sure the person involved in the accident will be out of danger as soon as possible. Right behind them, in the rear seats, there will be two assistant doctors from a hospital near the circuit. 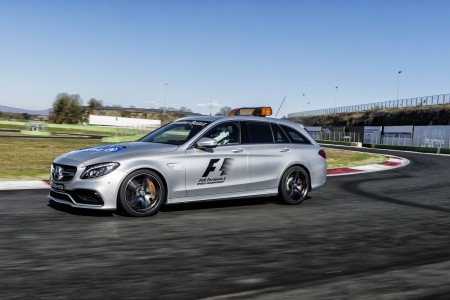 As Formula 1 fans already know, this car will line up on the starting grid right behind the racing cars and follows them for one lap before entering the pits, in case any incident happens.

The new official Medical Car will replace the C 63 AMG, the Formula 1’s longest serving official services cars, as it has run the racetrack since 2008.

The car carries vital medical equipment like a respirator and a defibrillator. The vehicle gets extra help from an AMG Ride Control Suspension and, like the F1 Safety Car, it also features a light bar on top, headlights and taillights will signaling functions and illuminated rear number plates. 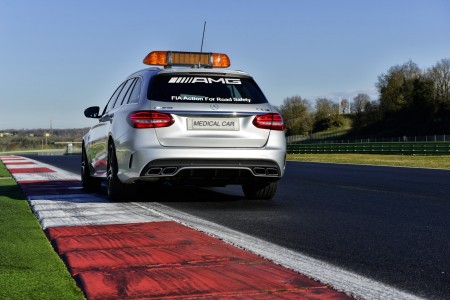 Hopefully, the Mercedes AMG Petronas drivers, Lewis Hamilton and Nico Rosberg, will not be involved in any incidents requiring the intervention of these cars.

Both the Safety Car and the Medical Car have a radio system, support for in-car connectivity and WLAN connectivity.