The American brand is preparing the launch of its future full sized sedan with the unveiling of a concept at the New York auto show. It will mark the rebirth of the Continental name and it promises to wow the audience with its high level of quality and bold design cues.

The Lincoln brand has been losing ground these past years with uninspired models that had little success outside of the US, and not that much inside either. The sales volumes were dropping year by year so it quickly became obvious something had to be done.

The management’s decision to revive the Continental name proved to be a very inspired one, since those working on the project suddenly felt like they had to deliver more to live up to the legendary name’s expectations. “When that name was mentioned, it reset expectations and the standards we have to meet”, said David Woodhouse, the chief designer who joined Lincoln just two years ago so this will be the first car to fully bear his input.

The car does look rather interesting, even though you can’t miss a pretty close resemblance to some of the current Audi models, with a touch of Jaguar. The main talking point of the exterior design is the new front grille which ditches the old split wing aspect in favor of a trapezoidal one. If you’re not allergic to chrome, then I guess it looks pretty good. 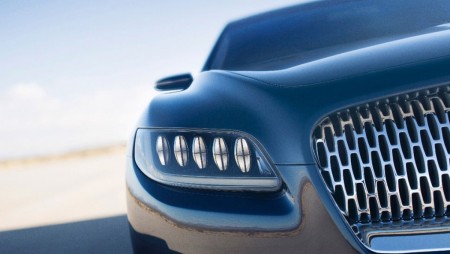 It’s reported the new Lincoln Continental will use a 3.0 V6 EcoBoost engine developed specifically for this model, but there’s no info on the platform it will use or whether it’s front or rear wheel drive.

The concept emphasizes the fact that the rear seats will get at least just as much attention as the two in front, with 30-way adjustable seats, thick wool carpets, fine leather upholstery with alcantara and satin inserts, champagne chiller and a chrome central console that can hold a tablet upright. The goal is to rival other premium manufacturers in markets such as China and Russia, but also the US and maybe even Europe, to a much lesser degree. 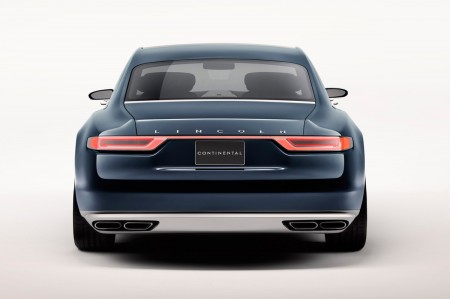 The new Lincoln Continental will launch next year and the people involved say it will bear a heavy resemblance to this concept you see here. If that proves to be the case, then we’d like to officially welcome another interesting car with a strong history designed for those who like to travel in complete comfort.