Mercedes E-Class Coupe and Cabriolet have gone through a facelift that gives them a sportier and more desirable look. The new MBUX multimedia system appeared on board and the engines were electrified.

The facelift operation focused mainly on the front end, which now features a more dynamic stance. The front end with the flat headlights in the upper part reminds us of the Mercedes SL and so do the radiator grille with a single louvre, the Mercedes logo in the center and the chrome plated dots.

LED headlights are standard for the entire range, while customers can optionally tick the box for the Multibeam LEDs. 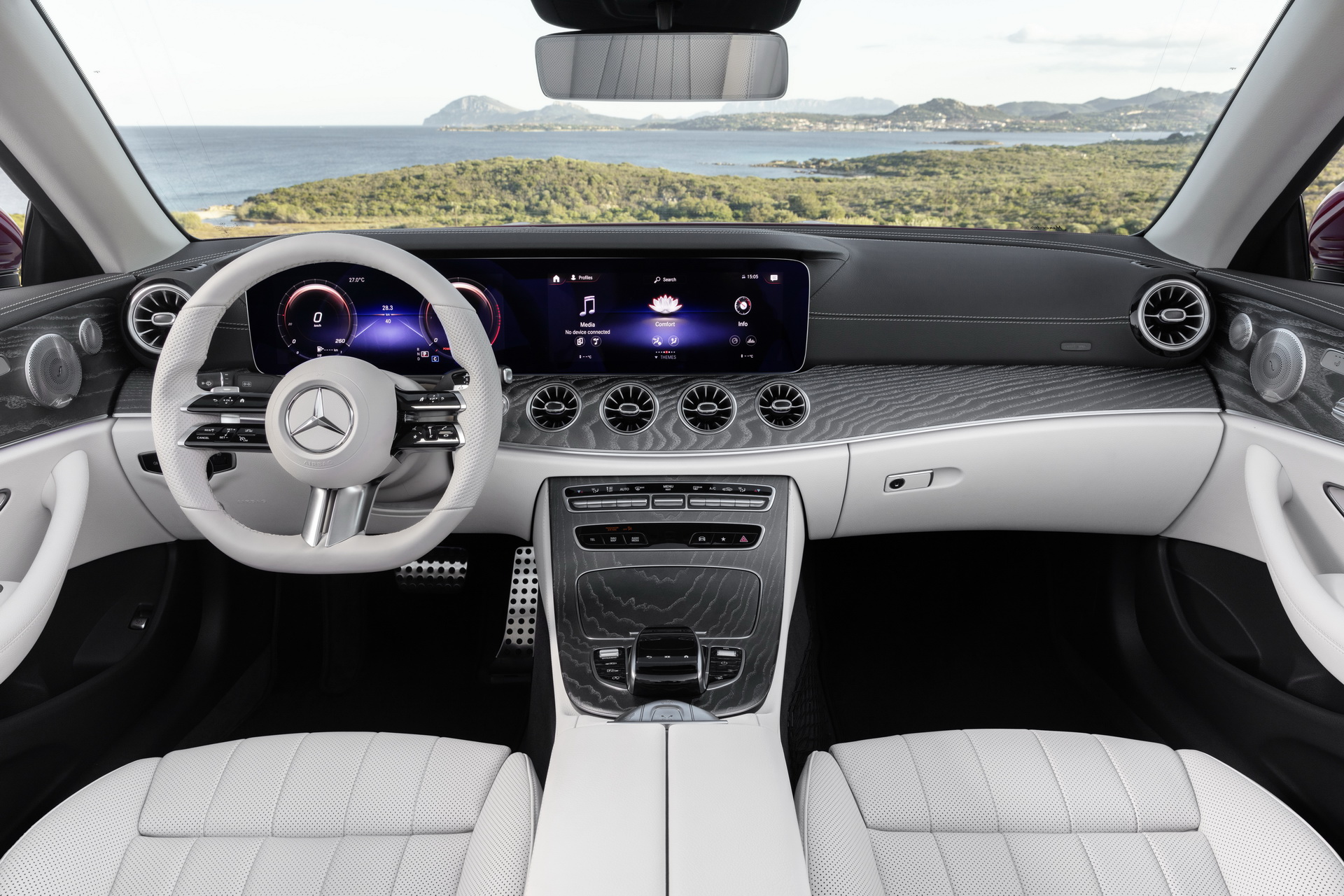 On the inside, we highlight the new steering wheel that benefits from the presence of the double horizontal spokes. It is the same steering wheel that can be seen in the spy photos showing the new Mercedes S-Class. On the upper left and right spokes, there is a touch surface for controlling the sub-menus of the instrument cluster and respectively the infotainment system. On the lower left and right spokes, there are the controls for cruise control/adaptive cruise control and audio volume.

What is the engine range of the new Mercedes-Benz E-Class Coupe and Cabriolet?

Later, the range will be completed with the new 2-liter 4-cylinder diesel modified OM 654 M that develops 265 HP and has an integrated starter alternator and a 48V network. The starter-alternator provides 21 HP and 180 Nm.

The top-of-the-range Mercedes-AMG E 53 4Matic Coupe/Cabriolet will feature the 6-cylinder 3-liter M256 petrol engine with integrated starter alternator, a 48V network and an electric compressor to cut off the turbo lag at low speeds until the turbo engages. It develops 435 hp plus another 22 hp from the starter alternator. This engine is also used in the GLE, the S-Class and the CLS.