Mercedes-Benz now makes it a habit to first show the dashboard of a new model before the full official reveal of the later. Now it’s Sprinter’s turn!

The current Mercedes-Benz Sprinter will soon be replaced by the completely new third generation of the model. Sister model Volkswagen Crafter has already been replaced and continues on its own foot, which of course means the same for the ‘Benz’.

The previous model was already more Mercedes than Volkswagen, but now the brand from Stuttgart can even put its own stamp on this model. The dashboard clearly belongs in a van, but there are many influences of recent passenger car models visible. This manifests itself mainly in the enormous screen, which seems to rest on the dashboard as a separate element. In a huge black panel, which also includes the round ventilation grilles, a wide touchscreen is housed. There is also a color screen between the clocks.

The steering wheel contains a lot of buttons. Also noticeable is the lack of a gear lever. By mounting the control lever of the gearbox on the steering column, space is provided on the center of the dashboard for storage compartments. 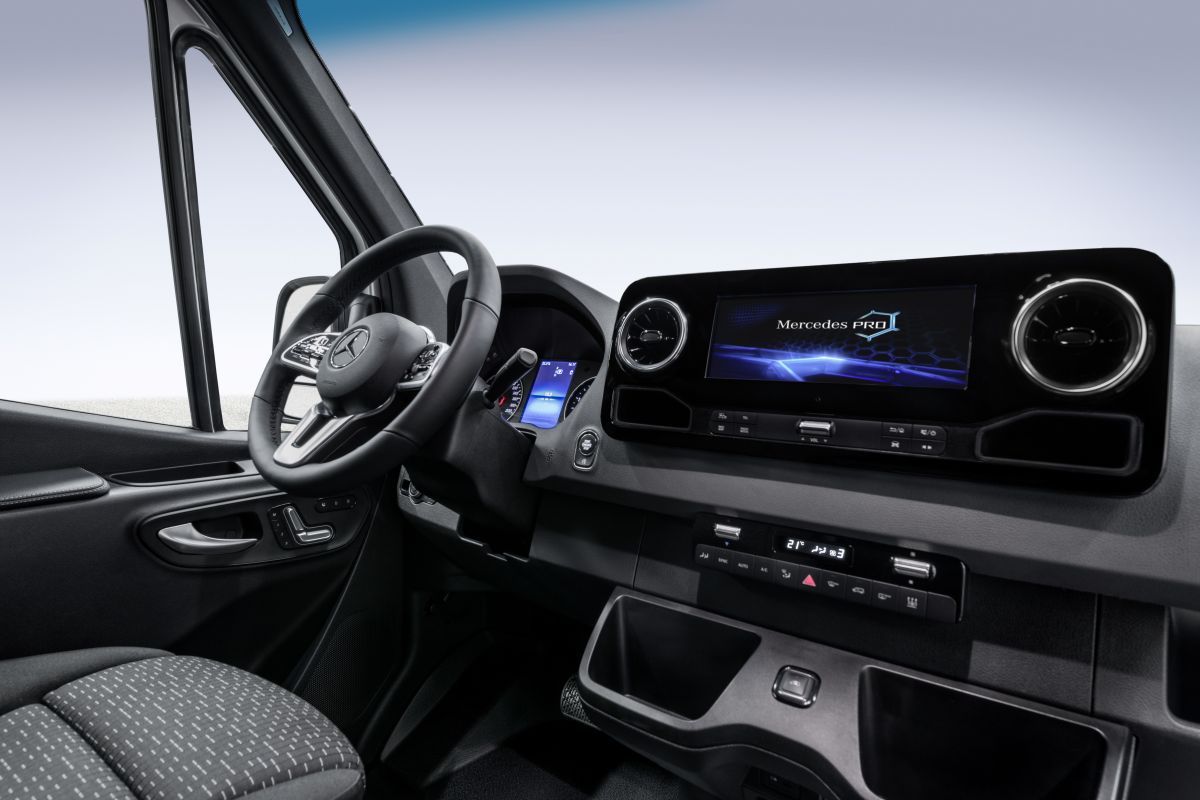 That big screen of course is not only there for the driver to see which transmitter the radio is on. Mercedes-Benz realizes that the Internet and all kinds of ‘connected’ possibilities will play an increasing role, also in the area of ​​company cars. Under the name ‘AdVANced’ the brand brings out all sorts of novelties that should simplify the communication between fleet managers and drivers, and the overview of the former.

Earlier, the dashboard of the new A-class was also shown. Those images have even revealed the arrival of a hybrid variant with a generous 50 km (31 miles) range.