The new Mercedes-Benz CLA hits the assembly line in Kecksemet, in Hungary, where the first member of the new compact family, the A-Class, also sees the light of day.

Since its birth, in 2013, the CLA has been manufactured in Kecskemet. Now the second generation of the 4-door coupe enters series production at the Hungarian center, that exclusively manufactures it. 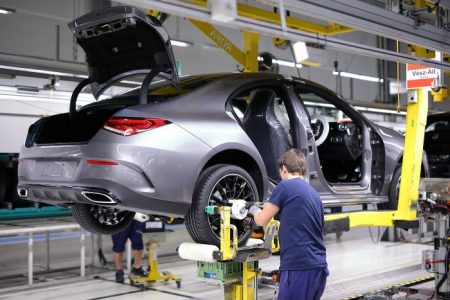 Last year, there were four models of the new compact car family that left the assembly lines in five locations on three continents: the A-Class hatchback comes from Rastatt (Germany, Kecskemét (Hungary) and Uusikaupunki (Finland), the A-Class Sedan in Aguascalientes (Mexico), the A-Class L Sedan (long wheelbase) in Peking (China) and the new B-Class in Rastatt.

The all-new CLA, introduced last November at the Consumers Electronics Show in Las Vegas, targets the youngest of customers. 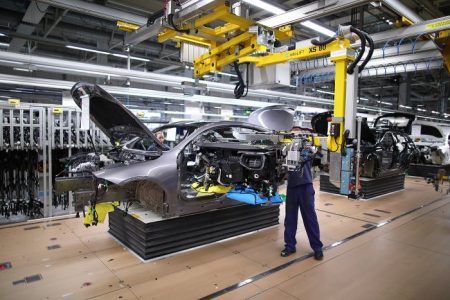 “The ramp-up of the new CLA Coupé once again demonstrates the effectiveness of our international production network for the compact models of Mercedes-Benz Cars. The success story of the preceding model was already closely associated with the Kecskemét plant. We are now writing the next chapter in this story. ” states Markus Schäfer, Member of the Divisional Board of Management of Mercedes-Benz Cars, Production and Supply Chain.

Over 750,000 CLA 4-door coupe and CLA Shooting Brake of the first generation have already been delivered to customers from Kecskemét.

In Hungary, the two CLAs and the A-Class are made. The facility center with approximately 4,700 employees, has been updated to fit the newly introduced generations. A new bodyshop full of innovations was built.