Almost every Mercedes range has at least one AMG model with the exception of B-Class and V-Class.

The recently launch Mercedes-AMG A 35 at Paris Motorshow will have also a sedan version.
The A 35 sedan will use the same 2 liter turbo with 306 HP from the hatch and will compete against S3 sedan from Audi which deliver 310 HP.A top version A 45 or A 50 AMG will follow next year. 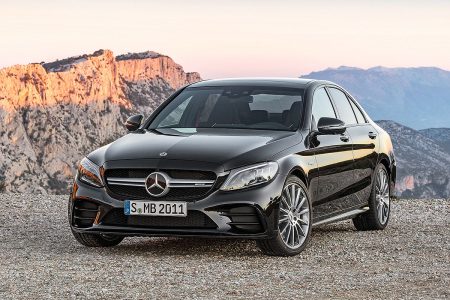 After 3 years, the GLC 63 will pass through a facelift and will get new headlamps, a front grille inspired from the CLS and rear lamps with a new graphic. The engine will remain unchange: the 4.0 liter V8 bi-turbo.