Here we are again: a new battle between the “Big Three” from Deutschland, a superb pride fighting between the new Mercedes-AMG C63 and the rivals BMW M3 and Audi RS4. What are the strong points of the newcomer? 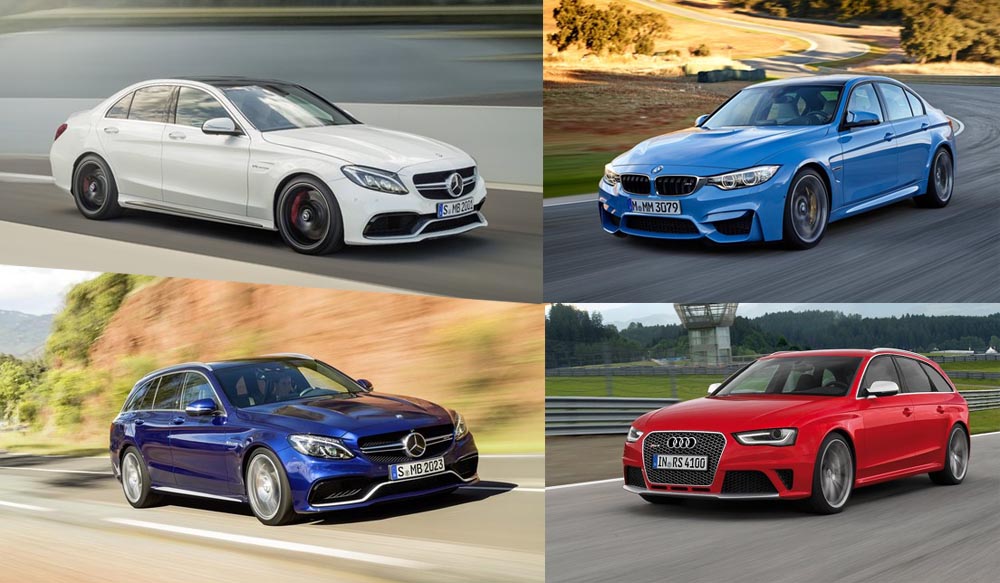 First of all, the new C63 is the most elegant of the pack, which may not impress the fans of BMW or Audi, but is of a great importance when we take into account the public that actually will buy these cars. The saloon variant of Mercedes-AMG C63 looks really ZEN compared to the ferocious front-end of BMW M3, while the curves of the Estate variant of AMG C63 make more sense and appeal than the too-practical lines of an aging RS4 Avant.

In terms of dimensions, the differences are too small to really count: all three contenders are well balanced and promise a very good agility. If you really want to argue, you could take into account that Audi RS4 can be equiped with 20″ rims. And, if we are talking about weight, BMW M3 is the champion thanks to the CFRP elements: it’s 120 kg lighter than C63. But the C63 Estate has an advantage of 85 kilos over RS4 Avant (because the Audi model has an All-Wheel Drive system, it’s heavier).

The most important for this comparison is the subject of power and performance. Well, C63 is, by far, the absolute leader, because it’s twin-turbo V8 has an advantage of 45 PS over the TwinPower six-in-line engine under the M3’s hood. Not a big difference? Than what about the difference of 80 PS related to the BMW, thanks to the upgraded C63 S? And we didn’t took into account the maximum torque of the C63 S, 150 Nm better than BMW’s.

What about the Audi RS4 and it’s 450 PS powerful V8? Well, there’s not much difference related to the 476 PS of the C63, but C63 S still dominates because of the 60 PS surplus. And the lack of the turbo technology for RS4 means that C63 has a very good torque compared to the Audi model (an advantage of 270 Nm for Mercedes). 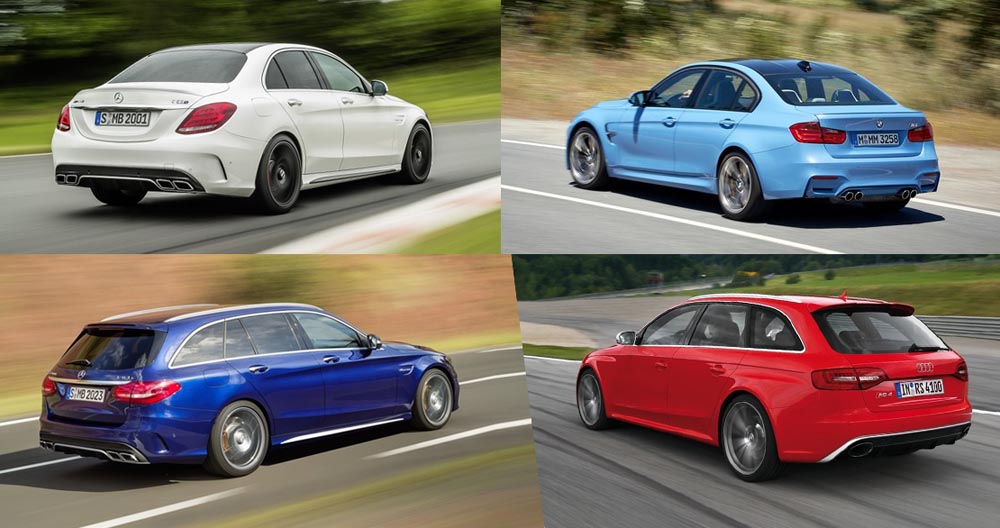 The BMW M3 is the only one that can be ordered with a six-speed manual, so those who want a little bit more hardcore sensations will choose this one. But nowadays the double-clutch automatic transmission is more efficient, so it’s hard to choose between the AMG SPEEDSHIFT MCT 7-speed sport transmission of C63 or the M DCT Double-clutch 7-speed transmisiion Driveologic with Launch Control of M3 or the dual-clutch 7-speeed S Tronic transmission in the RS4. 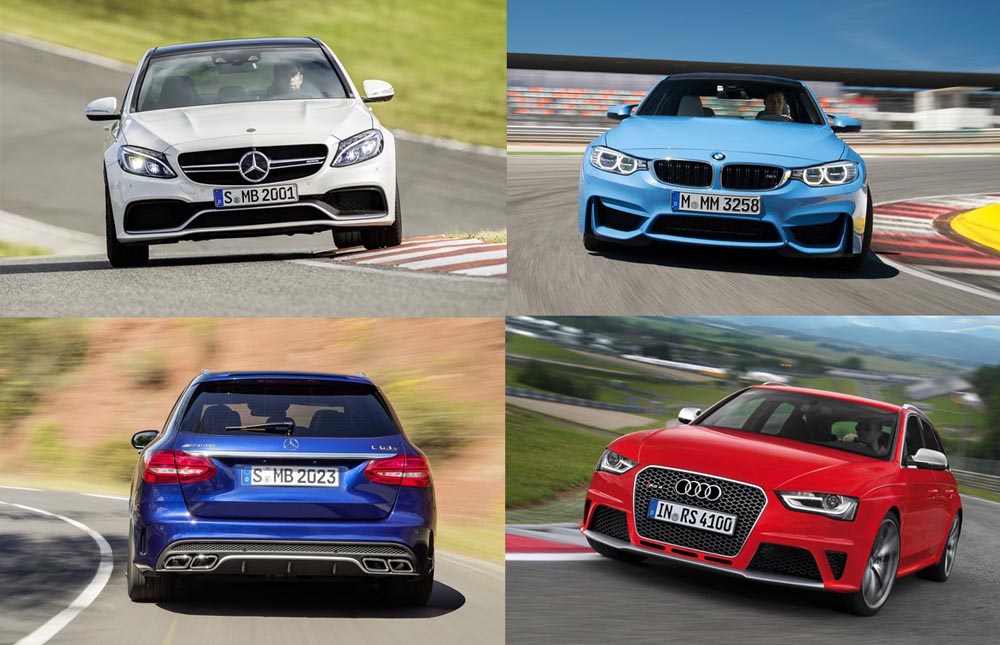 In terms of accelerations, these cars are on the same level: C63 and M3 have an 0-100 km/h in just 4.1 seconds, while RS4 is 0.5 seconds slower than the C63 Estate. However, the C63 S can accelerate to 100 km/h in just 4.0 seconds, so we have a winner-by-the-neck. Meanwhile, M3 has a special dynamic package (“Driver”), that can increase the top-speed to 280 km/h. But, frankly, any of these cars could easily pass over 300 km/h if the electronically limited speed is removed…

What about the consumption values, which are more and more important for nowadays customers? Well, the Audi RS4 is the only one that doesn’t comply yet to Euro 6 norms. And is the only one that can be described as “greedy”, because of a difference of almost 2 l/100 km related to the more powerful C63 S Estate. Oddly enough, the C63’s V8 is more frugal than the six-in-line of the M3 – one litre to 100 km doesn’t seem that much, but is a big deal if you consider that Mercedes “drinks” less, although it has two more cylinders than BMW rival (which is also lighter).

It’s clear that price differences won’t be a subject of diferentiating these three powerful cars, so we’ll let you decide which one do you think is better, in the comments bellow.