New faces in the mid-size segment: Jaguar XE versus C-Class

The Jaguar XE was launched as a BMW 3 Series and Mercedes-Benz C-Class killer, but is this feline truly as deadly as its makers want it to appear? A head to head test conducted by Auto Motor und Sport should clear the air.

Let’s just get this out of the way quickly: both cars are absolutely stunning to look at. The Mercedes-Benz C-Class, with its diminutive S-Class lines is the perfect embodiment of elegance in this class, while the Jaguar is sportier looking, with a coupe-like roofline and a compact shape with short overhangs. Based on  looks alone, you’d be hard pressed to choose between the two.

On the inside, though, that’s another story. The Mercedes-Benz C-Class has a better all round build quality with nicer materials and more carefully finished trim. It’s also roomier both for the passengers in the back and for the luggage in the trunk, but the differences are marginal. Still, the C-Class offers better visibility and a more coherent cabin, while the Jaguar has a nice layout and uses some premium materials, but it’s drawn back by some questionable plastics and unfortunate matches. 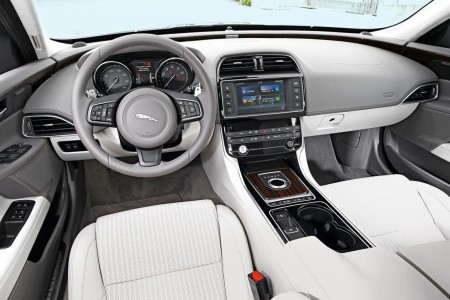 In  terms of infotainment, the Mercedes-Benz C-Class sticks to the classic rotary knob and touchpad, while the Jaguar XE uses an eight inch touchscreen for most of the commands. The “InControl” unit in the Jaguar is also the more configurable one, with downloadable apps and the ability to surf the internet.

Technically speaking, the Jaguar XE is the more advanced car of the two. On paper, at least, where it’s got an aluminium suspension system and an aluminium body with a 0.26 Cd (drag coefficient). Nevertheless, the Mercedes-Benz C-Class somehow manages to be the lighter of the two, even though when driven, it’s got that “heavy car” feel to it. We mean that in a good way: it’s comfortable over road imperfections and precise during cornering, thanks to a well balanced electromechanical steering system. 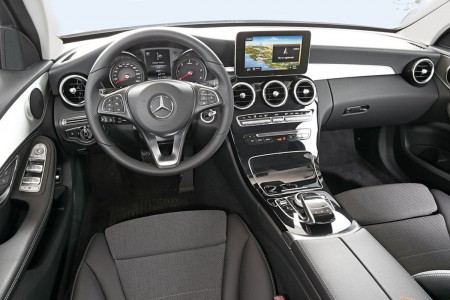 The Jaguar XE is no slouch, either. It’s willing to dash through corners like they’re nothing and entice the driver to go ever faster, until he overdoes it and the ESP is forced to intervene. It’s got splendid handling, and it’s not afraid to show it. At the same time, it’s a pretty comfortable car and the suspensions are not the only ones who deserve credit for this: it’s also remarkably well soundproofed, with very little of the outside noise making its way through. 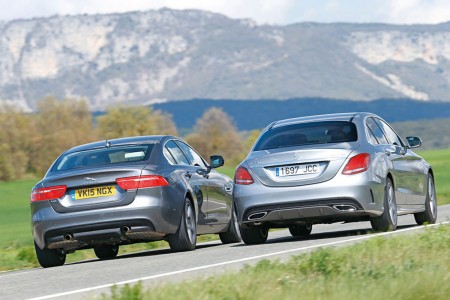 Before we draw a conclusion, let’s talk money. The Jaguar XE is the less pricey option and it achieves this without making any compromises. It’s hard to say it’s the better car, but it’s clearly a very good alternative to the established models in this segment. With a four wheel drive version imminent and also a Touring one, the Jaguar XE family will have a little something for everyone.