It’s not a Benz and it looks nothing like one, but it belongs to the Mercedes’ parent company, Daimler. The new electric DENZA has been launched in China, as the offspring of the Daimler-BYD partnership.

With a refreshed exterior design and an extended range of approximately 500 kilometers, the DENZA is engineered and produced in China and it benefits from the architecture expertise of Daimler, also receiving the advanced safety technology that the premium car maker has been working on along the years. Daimler is thus contributing to the electric vehicle development in China, the biggest market for the company. 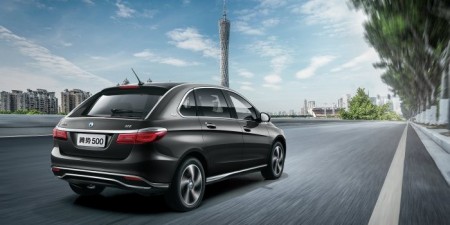 The DENZA 500 comes with unique exterior features, sporting the “tiger eye” LED headlights and rippling LED taillights. On-board, the driver receives all the relevant information on a 9-inch touchscreen, larger than that fitted in the previous model.

With the help of the DENZA application, the owners getting an WeChat account or the car navigation system, can immediately locate over 112,000 charging stations across the country. 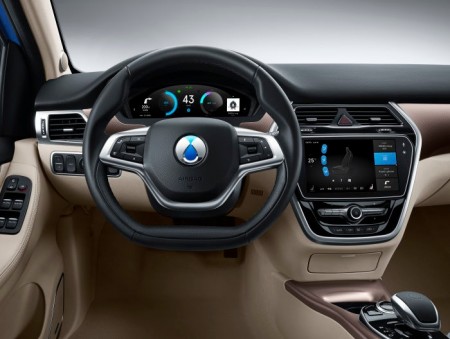 The electric car now gets a new battery and additional weight reduction, both of them generating an increased energy efficiency and an extended range of around 500 km, which is also suggested by the designation of the vehicle. Before hitting the showrooms, the DENZA 500 has been undergoing tests in a wide range of rough conditions, including severe winter testing, in temperatures going as low as minus -40 degrees Celsius.

Last year, the Chinese car manufacturer reached its best ever sales performance, as volumes raised by 85%, all thanks to the popularity of the 400 model. The Mercedes-Benz dealer partners have also been assisting the local brand’s growth.