New Audi A4 interior has been uncovered by our Chinese coleagues from www.autohome.com.cn. C-Class rival’s debut is slated for the IAA Frankfurt motorshow, this September.

Audi is famous for taking the evolutionary path every time it gives birth to a new model and the same rule obviously applies in A4’s case. The first glimpse of its headlights which reveals a mix of LED and xenon technology and a wider stance with an extra corner at the bottom, an original feature in Audi’s design book. The wider grille is reminiscent of recent iterations found in the Q7 and the TT. 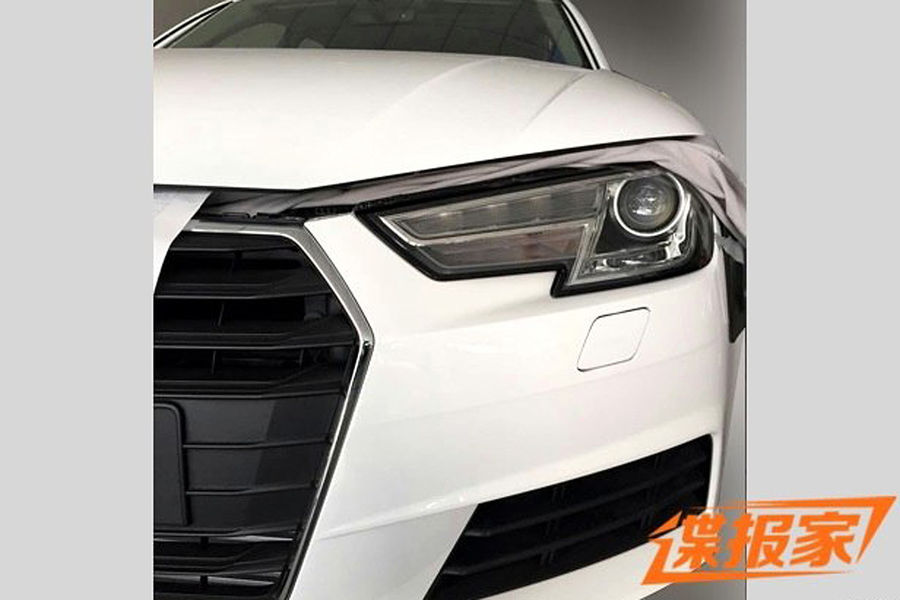 The interior doesn’t bring many surprises either, styling-wise. The layout again brings to mind the new Q7 with huge air vents, occupying the full-width of the dashboard. The 8-inch infotainment screen is now free-standing, mimicking similar solutions found in the C-Class and BMW 3-Series. The number of buttons on the center console has been reduced to a minimum, main functions being integrated in the MMI system which gets brand-new touchpad technology from its bigger siblings, the A8 and Q7. It is not larger, but intelligent and can be used as an alternative for voice control to enter characters. In addition, the rearview mirror is set to be replaced by screen which displays images taken by a rear-view camera.

The new Audi A4 The sedan will come to market with almost unchanged dimensions: the length will measure 4,701 mm, the width 1,826 mm and the height 1417 mm. Underpinning the new model is the new MLB Evo (Modular Longitudinal) platform. Designed to support a wide range of wheelbases and track widths, it will serve as the base for all upcoming high-end Audi models, including future A6 and A7 models. High strength steel, aluminum and composite materials are used in Audi’s quest to save up to 100 kg compared to the current car’s weight. 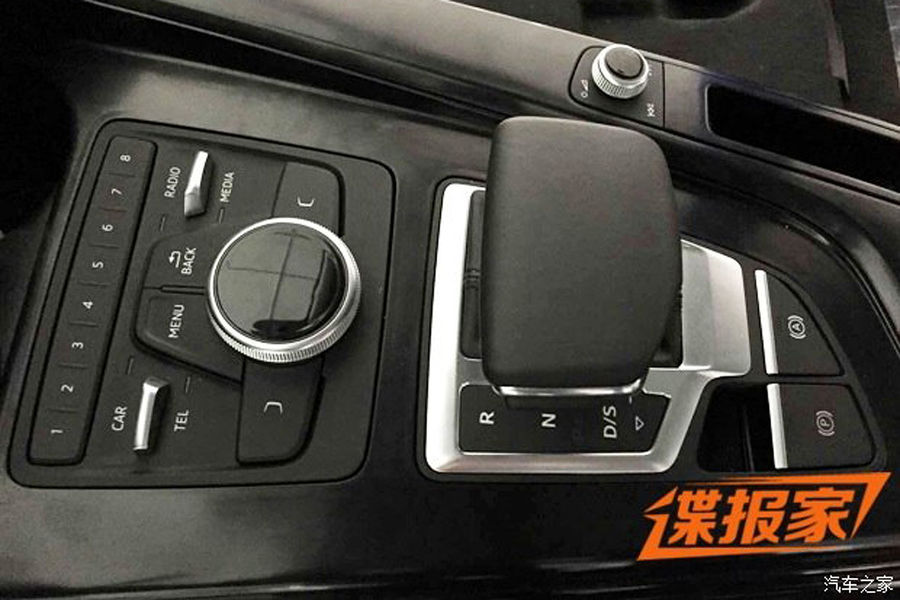 Upcoming A4 is set to feature a wide range of four and six-cylinder engines (1.4-, 1.8- and 2.0-liter TFSI turbo petrols, and 1.6- and 2.0-liter turbo diesels). Further down the life cycle, Audi will also offer natural gas and even all-electric versions. Audi relies on cylinder deactivation  for the base 1.4 TSI (122 PS and 180 PS) which can temporarily shut down two cylinders at low and medium load. The connection and disconnection should not take more than 36 milliseconds to complete while reducing consumption by half a liter per 100 kilometers.

The MLB Evo platform has been designed with alternative drives in mind. As a result, a plug-in-hybrid version will be available from launch. It will have a pure electric range of 50 miles – most customers can commute to work and back so then put back in this way. A 211 PS 2.0-litre four-cylinder petrol engine will be matted to a 95 HP single electric motor with a diesel-electric version also in the pipeline.