We’re nearing the end of the summer holiday season, but there’s still time to get your family in the car, stuff it full of luggage and just drive off while the co-pilot handles the reservations on the go.

For a scenario like this, no car is better than a break. Or station wagon. Or combi. Or however else you want to call it. With the arrival of the new Audi A4, the premium mid-sized segment has been seriously rocked, considering how the C-Class isn’t an old car itself and the BMW 3-Series has recently gone through a mild facelift.

This has drawn the attention of the guys at Auto Bild Germany who mixed both aspects and came up with a comparison between the Audi A4 Avant, the Mercedes-Benz C-Class T-Modell and the BMW 3-Series Touring.

Let’s use the “last to arrive, first to get served” philosophy and start with the new Audi A4. We keep saying “new” in fear that you could otherwise miss this a completely new Audi model. But we’ve come to expect that from the Ingolstadt brand which has taken the Porsche 911 recipe for design progress and taken it one step further. 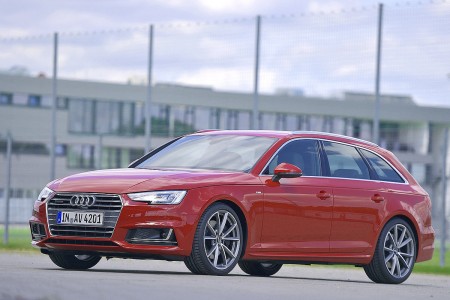 Apart from the minor aesthetic differences, there are other more notable changes. First of all, there’s the increase in wheelbase which grants the total length of the interior an extra 17 mm and 23 mm extra legroom in the back. While Audi says this is the longest interior in its class, the Auto Bild journalist do not agree and say this has only brought the A4 on a par with its rivals.

Moving on from rear legroom (which is at least decent, even for taller people), the scales of the balanced are left pretty much untouched after analysing the boot space as well: the Audi leads by a whisker with its 505 liters compared to BMW’s 495 and 490 in the Mercedes-Benz.

Next up is the interior, where the Audi designers proved to be a lot more adventurous. It doesn’t just look futuristic, it also works perfectly offering multiple ways of controlling the wonderful infotainment system. Speaking of which, it comes with ultra-fast internet connection, cartography provided by Google Maps and full smartphone connectivity. 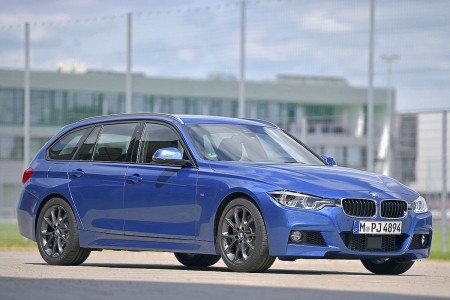 The BMW 3-Series has gone through an equally incognito facelift and is now halfway through its lifespan. It undoubtedly plans to keep its “king of dynamics” crown come October when the A4 will finally be available for test drives, but even though it’s highly likely, even the guys at Auto Bild are saving their final judgement for then.

The Mercedes-Benz C-Class T-Modell continues to impress with its high quality and elegant interior design with well chosen materials and impeccable finish. The three cars differ a lot in terms of powertrain philosophy with Mercedes-Benz offering a plug-in hybrid, BMW going for the first time with a three-cylinder engine on the 3-Series and Audi announcing a 300+ hp petrol engine. 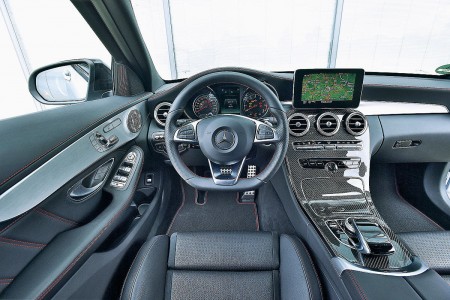 That being said, these three cars are closer than ever in almost all aspects: tech, space and prices for the entry-level versions. The BMW 3-Series range starts with the 136 hp three-cylinder 318i which costs 31,900 euros; the Benz is available as a C 160 with 129 hp from 33,350 euros; the base Audi will have a 1.4 TSI engine with 150 hp and will cost about 32,450 euros, but we won’t have the final official prices until October.

October is shaping up to be quite an interesting month, then…