A mutant G-Class awes the world with its hot rod-like bizarre looks. It is based on the G55 adorned with some aftermarket elements that obviously were not made for it.

The mutant is the creation of Danton Arts Kustoms, a French shop that turned the Mercedes-AMG G55 into a Guinea pig, testing its most daring and wildest dreams on the German iconic automobile. 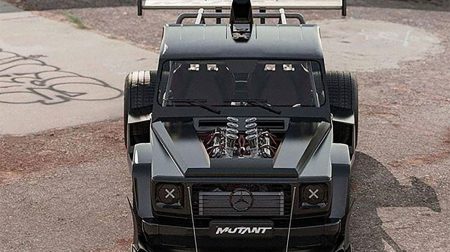 The tuning specialist that is behind the Danton Arts Kustoms projects, Alexandre Danton, has come up the idea of making it look like a hot rod. In order to do just that, the team ditched the iconic huge ground clearance of the off-roader.

Gone is the intimidating stance of the G-Class and so seems to be the V8 that used to perform underneath the angular now cut-out bonnet. But no, the tuner claims the power unit remained in its place. 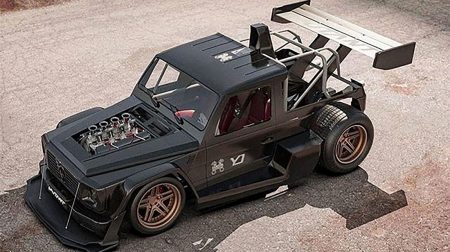 The wheelbase has been significantly shortened, the rear end was notched off. The wheels of the rear axle are completely exposed, huge air intakes showed up in front of them on the sides and a massive tail wing has been fitted.

For the moment, the conversion is only virtual, but there is a big chance it turned real. 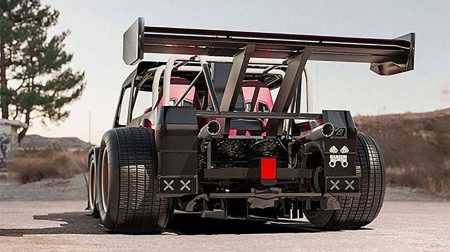 Mercedes models seem to be ever more inspiring for the lovers of funny peculiar. No further than this week, an S-Class was rendered as an odd off-roader.