Rowan Atkinson of Mr. Bean fame has traded its equally famous McLaren F1 for a cherry red Mercedes-Benz SLS AMG and some change. 7 million pounds worth of change, as a matter of fact.

The comedian basically decided to cash in, selling his 17 years old supercar for more than eight times its original price. In 1997, Atkinson paid 540.000 pounds for his chassis 64 (out of only 107!) F1 and now he got no less than 8 million or the equivalent of 12 million dollars! That’s quite a feat, considering the car passed through not one, but two gruesome accidents in its history. 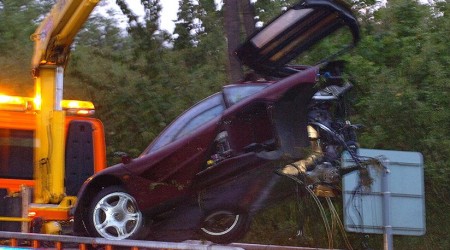 In 2009, the artist crashed full-frontal into a meager Austin Metro, while in 2011, Atkinson lost control of his 625 HP monster on a wet morning, spinning and flying off the road. He only suffered minor injuries. The McLaren was not as lucky. The engine bay was totaled while the car also partially burned down.

The repair bill did go into the history as the highest of its kind ever to be paid by a British insurance company. McLaren took care of the car at its Woking headquarters, restoring it to its original state. In return, the company’s specialists asked no less than 910.000 pounds or 1.06 million dollars. 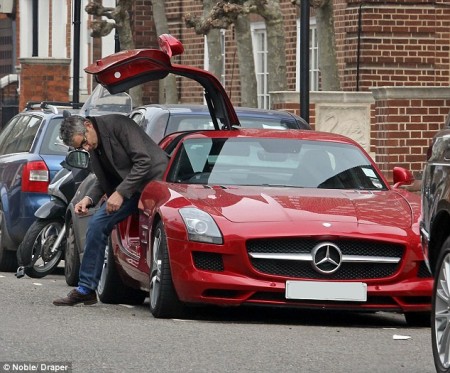 Now, Mr. Bean a.k.a. Rowan Atkinson can rest assured he will never give insurance companies a headache of similar proportions. The actor decided to quit its exotic affair in favor of a more affordable but equally exclusive supercar with German pedigree, none other than the Mercedes-Benz SLS AMG!