Mr. Bean driving an AMG – This is no comedy!

He may look like the geekest of all geeks, but he is the sleekest of all sleeks on the highway. Rowan Atkinson, the actor famously known for playing the part of Mr. Bean, is now selling his McLaren F1. Thus, his drive on a daily basis will be, from now on, his Mercedes SLS AMG. He purchased it exactly one year ago, for 270,000 euros ($310,000).

This is not a joke and the Mercedes SLS AMG is nowhere near hilarious. This car is one to be taken serios and even Mr. Bean got the idea! Rowan Atkinson is selling his McLaren, for which he paid 860,759 euros (almost $1 million) back in 1997. Since the value of the McLaren kept rising through the years, Atkinson is hoping to get 10 million euros ($12 million) for the McLaren, celebrity factor included! 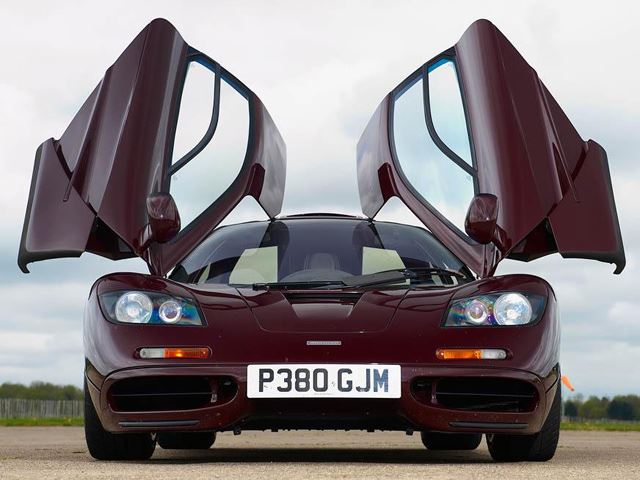 If you should think it’s worth every penny, think again! Rowan Atkinson crashed it two times already! First in 2009, when he rear-ended some other car. That was just minor damage. Two years later, he and his McLaren F1 were involved in a major crash, when he went, full speed ahead, straight into a tree. The car was trashed, but Mr. Bean came out of it safe and sound and used his humor to claim 1.2 million euros (1.5 million dollars) from his insurance company to fix his racer. It was the highest repair bill ever recorded in Britain.

Once he sells the McLaren, he will be regularly driving his flashy red AMG, that can reach a top speed of 320 km/h (199mph). He even takes all of its 583 HP to grocery shopping, as spotted by Daily Mail. The man with the rubber face has apparently been provided with a rubber bone structure too, since he manages to twist to come out and go inside his two-seater with gullwing doors.

Has he come a long way after driving his miniature yellow cars in the “Mister Bean” series! Back then, we could see him sit behind the wheel of 1976 British Leyland Mini 1000, of a 1969 BMC Mini MK II and later on, of green Austin Citroen! And remember that, instead of removing the key, he actually removed the steering wheel!

Well, we were laughing at him back then, but who’s laughing now? We really hope he has found another technique for his car collection:

The actor’s estimated wealth rises up to 71 million euros.