Revised Mercedes-Benz A 45 AMG has been spied for the first time. Mercedes’ hot baby gets new design and power boost later this year.

As part of its customary mid-life facelift, Mercedes-Benz A 45 AMG “will be the most powerful again”, AMG boss Tobias Moers has revealed earlier this Spring.

According to Moers, the 2.0-litre capacity of the engine will remain untouched. Mercedes-AMG engineers will rely exclusively on altering turbo-pressure and admission settings in order to upgrade the already potent four-cylinder engine.

As a result, total power is expected to eclipse today’s record-setting rating of 360 HP and reach 380 HP in Mercedes’ quest to topple the arch-rivaling Audi RS3 and its 367 HP arsenal. Mercedes-AMG’s performance hatchback will shave 0.1 seconds off its current 4.6 seconds 0-100 km/h sprint. The electronically-governed 250 km/h top speed remains unchanged, though. 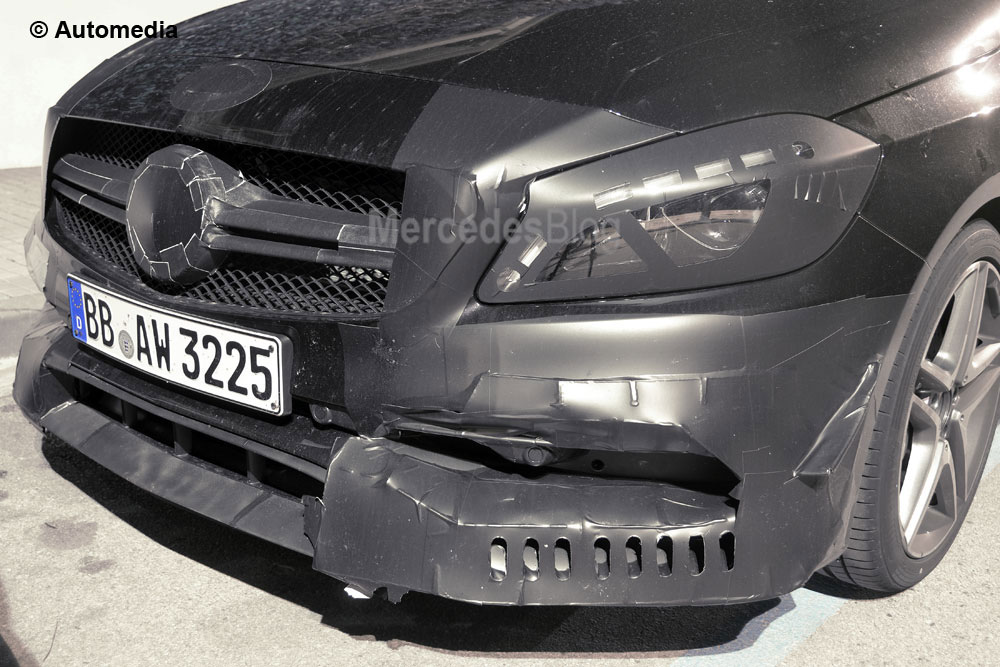 These late-stage prototype models feature new headlight and tail light designs compared to previous models. Design-wise, the mid-life revision is set to further differentiate the Mercedes-Benz A 45 AMG visually from its casual siblings down the range, with a distinctively shaped new front-grille and subtle aerodynamic alterations at the center of these efforts.

The interior will receive a careful retouching, too, with the unveiling of the refreshed A 45 AMG set to take place this September, at the Frankfurt motorshow.