Even though BMW held a small lead in sales for the first nine months of the year, Mercedes-Benz’s record September was enough to top its rival in the US luxury sales race. Mercedes-Benz sales increased to 8 per cent, to 231,211 units through September.

Mercedes-Benz sales increased 11 percent to 27,315 units, from the cars and light trucks range, compared to the 25,586 unit sales from BMW. Mercedes-Benz USA sold 1, 909 S-Class luxury sedan, almost five times more than last year and the CLS-Class four-door coupe delivered a 21,4% monthly sales increase with 1,100 units sold. September sales for the luxury car manufacturer were led by the C, E and M-Class model line-ups. The C-Class entered a new generation with the 2015 model year and took the lead with 6,285 units, followed by the E-Class with 4,883 vehicles sold. 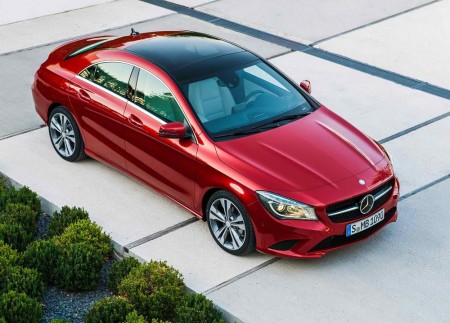 Recently, Lexus has joined Mercedes-Benz and BMW in the race, as the only luxury car manufacturers to top 200,000 sales, as the luxury market rose 8 percent only in September.

Now, if we look at Mercedes-Benz AMG high-performance models, they totaled 717 vehicles sold, up to 6.2%. Sprinter sales totaled 2,208 for September and only 748 retails at smart. Adding these volumes, Mercedes-Benz USA achieved a year-to-date grand total of 259,076.