Fully unveiled less than 24 hours ago, Mercedes-Benz G 500 4×4² has already been tested. First reviews are in and esteemed British magazine Autocar seems to have fallen in love with Mercedes’ all-mighty monster.

Not much is shared with the standard G 500. The chassis of the G 500 4×4² is more reminiscent of the one found on its bigger 6×6 brother, from which it inherited the complex axle geometry. A set of specially engineered portal axles in which the transverse tube is positioned above the center of the wheel hub provide a whopping 450mm of ground clearance. New dual strut spring and damper units are featured as well, with adjustable damping control in two modes: comfort and sport.

As a result, the approach and departure angles have been increased from 36 and 27 degrees to a respective 52 and 54 degrees, while fording depth is up from 600mm to 1000mm and the tipping angle increases from 28 to 30 degrees. 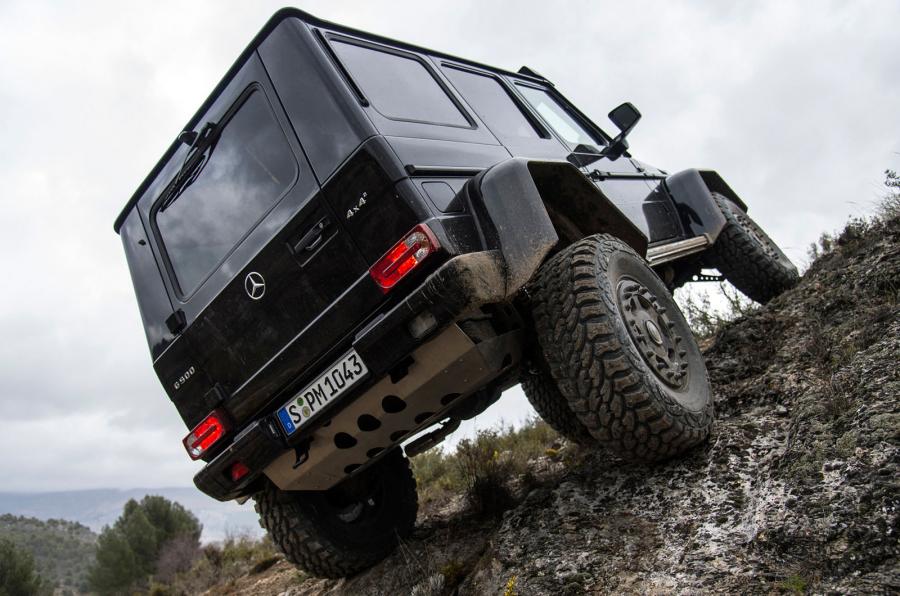 The standard version of Mercedes’s new twin-turbocharged four-valve-per-cylinder 4.0-litre V8 direct injection petrol engine makes its first public appearance alongside the new G 500 4×4². It provides a terrifically sporting note, a real blast of exhaust through the four chromed side pipes, with the initial growl replaced by a more subdued soundtrack at motorway speeds.

But how does it drive? Off-the-line and in-gear performance is surprisingly strong for something so big, hitting the scales at under three tonnes. The new Mercedes-Benz feels muscular from the off and always gives the impressive of having plenty of power in reserve should you ever require it, all thanks to the solid spread of low end torque and quick shifting qualities from the seven-speed automatic gearbox. The hydraulically operated steering, which uses the old fashioned recirculating ball set-up of the standard G500, offers a nice meaty feel. 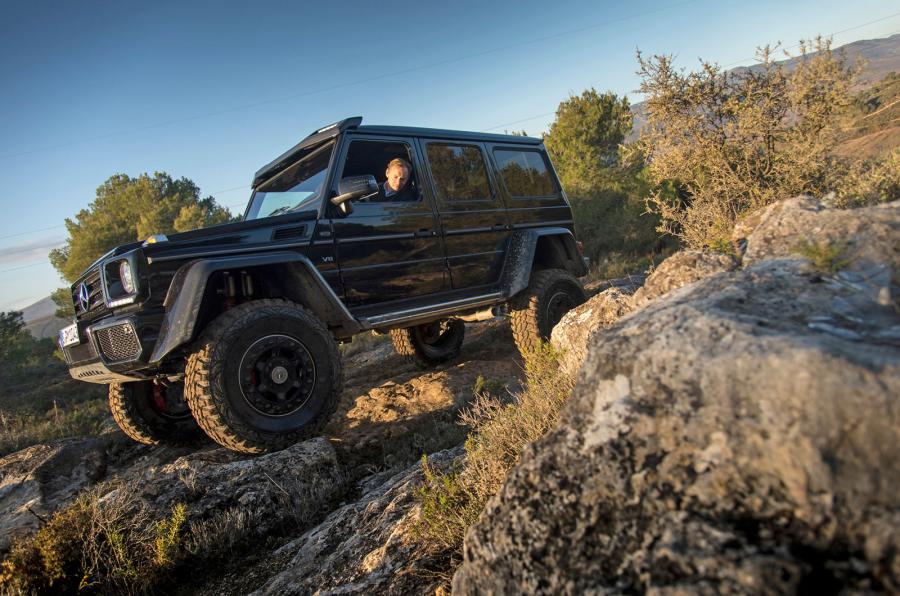 Mercedes-Benz suggests the new G 500 4×4² will crack 62mph from standstill in 6.5sec, run to a top speed of 130mph in combination with the optional 22-inch wheel and tyre package and 100mph with the optional off-road rubber. And the Germans are right. The all-mighty monster proves surprisingly nimble for something so tall, allowing you to string together a series of corners with a good deal more confidence than in the larger G 63 AMG 6×6.

Still, it is off-road where the new four-wheel-drive Mercedes-Benz really excels, and it is in this area that it feels virtually invincible. With unparalleled levels of ground clearance, truly amazing wheel articulation, low-range gearing and a variety of differential lock combinations to aid traction when the conditions become really challenging, your progress is rarely interrupted. 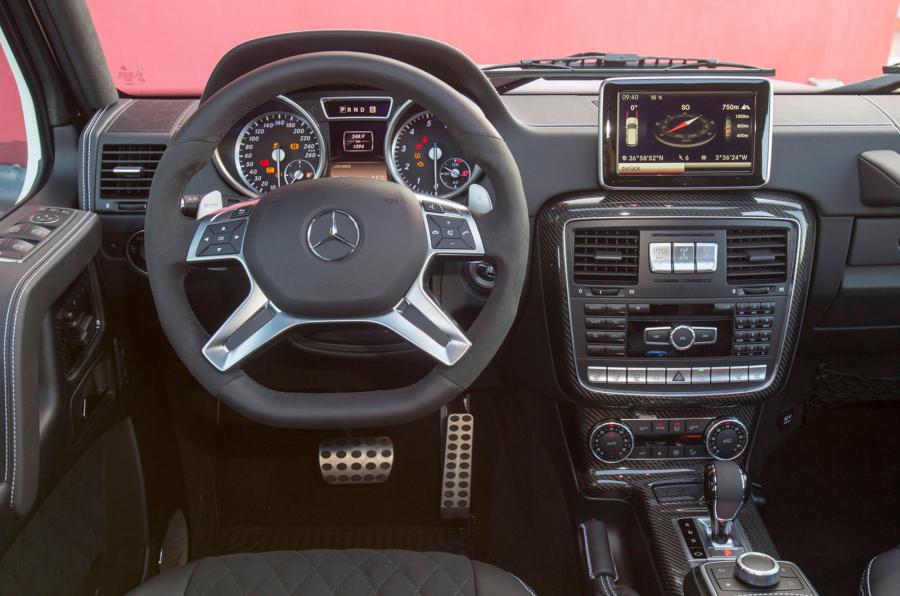 What is the verdict, then? The Britons think the new Mercedes-Benz G 500 4×4² is simply the ultimate go-anywhere off-roader. One that makes the standard G 500 feel rather ordinary by comparison.