MINI Cabrio and MINI Clubman spied during testing in Munich

The MINI Cabrio and its bigger brother, the MINI Clubman, have been both spotted undergoing testing in Munich, covered in less camouflage than ever before.

MINI fans should start preparing for summer because the new MINI Cabrio is almost here, as proved by a set of pictures showing the convertible almost camouflage-free during testing sessions.

Although official information may not have surfaced yet, it is safe to say that the new model will adopt a conventional canvas soft top and will most likely share overall looks, engines and underpinnings with the tin-top of the MINI Cooper unveiled last year. 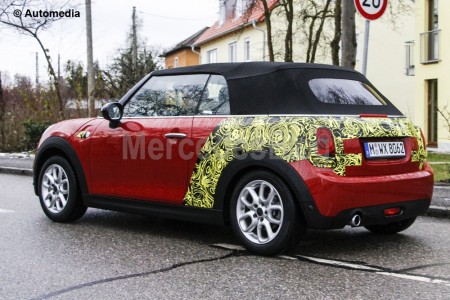 In addition, we can see some of the most revealing pictures of the new MINI Clubman, which has quickly evolved from the concept car presented last year in Geneva into a production model.

The most striking change is perhaps the size of the new generation model, especially in width. Nevertheless, the overall length has been also extended in order to make room for the full-sized conventional front-hinged rear doors as opposed to the rear-hinged half-door seen in the first generation. 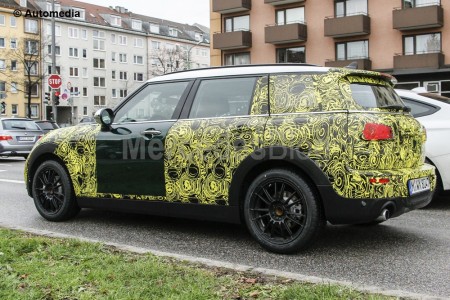 Looking at the standard MINI Cooper, the engine line-up for the new Clubman might also include, among other choices, the 2.0-litre turbocharged gasoline engine producing 189 hp.