Only 500 units will be made. Magnetite black metallic paintwork is standard with matt designo black magno or cashmere white magno finishes also on offer. If Sir Stirling Moss usually gets all the Mille Miglia glory, it’s now John Fitch’s turn to be honored since it’s his 417 start time and race number which adorns this special SL. 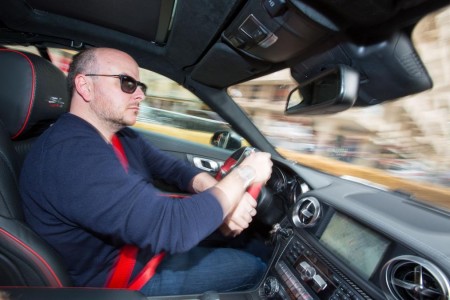 How about performance? Autoexpress claims driving dynamics are largely unchanged over the standard SL’s. Power comes from a 4.7-litre turbocharged engine, again identical to the one present on the regular roadster. Good for 448bhp, it helps the car sprint from 0 to 100 km/h (62 mph) in 4.6 seconds on its way to the electronically limited 155mph top speed. 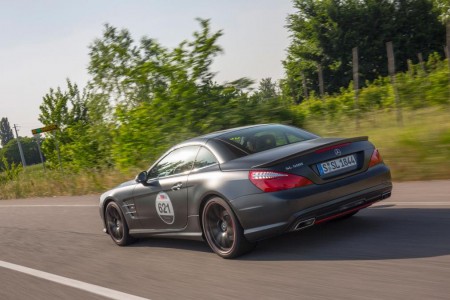 The engine’s plentiful urge means the SL is an easy and very swift choice. The only letdown seem to be the seven-speed auto which is smooth, but not that quick to react. The steering is also a bit vague, but the comfortable ride makes the Mercedes-Benz SL Mille Miglia 417 a very accomplished grand tourer.