Ellen Lohr and Birgit Priemer joined the Mille Miglia 2018 in the Mercedes 710 SSK, following in the footsteps of famed Rudolf Caracciola. They drove in four days from Brecia to Rome, covered 1,700 kilometers in the rare classic train back.

Brescia, as always is the starting point of the Mille Miglia. The city seethes on the day of the launch with classic cars from O.M. 665 S MM Superba 2000 from 1927 as car number 1 to the Triumph TR 3 Sport of 1956. The enthusiasm of the crowd already at the start is only a first impression of what is happening on the following 1,700 kilometers within four days on the way to Rome and back again – the crowd thanked its overwhelming support – be it in the narrow streets of San Marino, in the countless small towns of Umbria or on the way to Monza, where the precious ones flew from the heavy pre-war cars to lightweights from the fifties through the special stages. 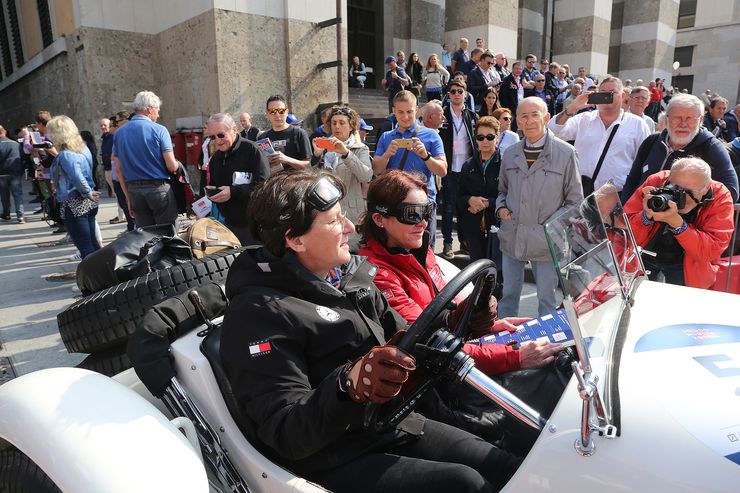 Like Carraciola: Mille Miglia in the SSK
And since the cars were so precious – nothing was spared here. Tires on tires pulled the caravan through the country, not only in search of beautiful landscapes, but also for the best possible placement. This year, auto motor und sport will be there – in a Mercedes 710 SSK from 1928, with which the legendary Rudolf Caracciola 1931 (at that time in the SSKL) won the normally dominated Italian race with an average speed of 101.1 km / h.

Of these, the women’s team in the form of race legend Ellen Lohr and auto-motor and sports editor-in-chief Birgit Priemer was admittedly one of only four women’s teams at this year’s Mille Miglia. But it was not about winning either – it was about steering the white-painted pre-war legend with its massive 750 Newton-meters of torque, developed from the 7.1-liter supercharged six-cylinder, safely over the potholes of Italy – and that was a real Herculean task. Hard-to-dose brakes, a demanding four-speed gearbox and a truck-like steering without power assistance calls in this case everything from woman and machine. 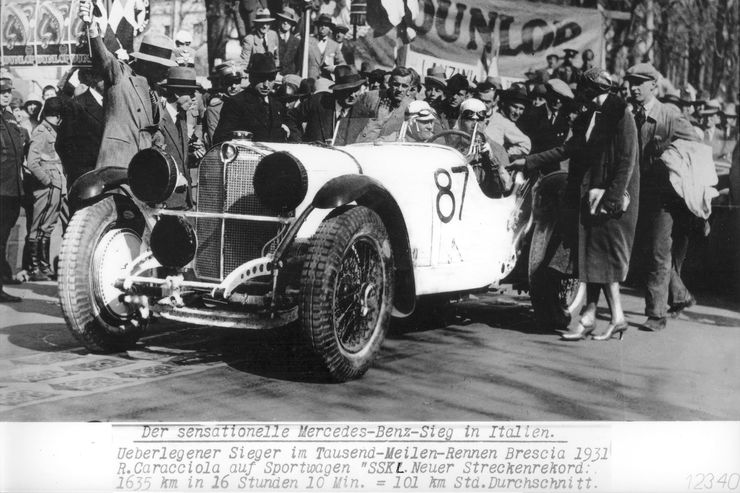 589 km in one day
The average speeds in the extra tests were 36 or 38 km / h – about eight to eleven kilometers, completed among other things on the third day on the beautiful Passo della Cisa, before the end of the longest and most demanding day with 589 kilometers through Tuscany to Parma, where again a crowd was waiting for the drivers.

Hundreds of roundabouts – without power steering
The Mille Miglia, in the past sometimes criticized for a rather chaotic organization, this time convinced with a beautiful route through Monteriggioni, San Miniato and Lucca – although it was again ready to leave hundreds of roundabouts behind – also a show of strength for the SSK team. But that was not a bad idea when picking up points: at the end of the second day of driving, Team Lohr / Priemer was asked to step aside. The race director is waiting for the ladies. Why? Twice too fast, it was said. Once there was a warning, the second time 2,000 penalty points, which were reflected in the overall result. Bad luck, right? No, luck! Four days in the SSK without injuries, except newly won thresholds in the hands and freshly hardened upper arms were worth every single penalty point. 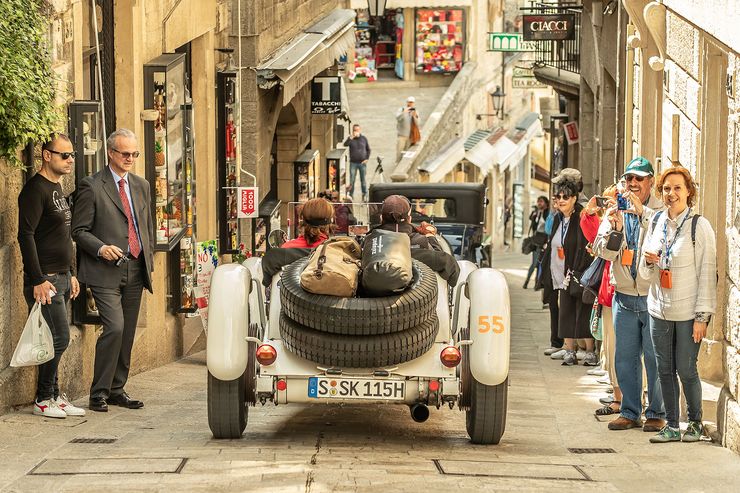