“Don’t lose hope”, says doctor, referring to Michael Schumacher’s health condition, even though the 7-time Formula 1 world champion is said to be in a vegetative state even now, for years after his horrific ski crash that sent him into the ER while he was holidaying with his family in France.

Michael Schumacher has just turned 49 years old and he has been fighting for his life after fracturing his skull in a rock in the Alps, although the Formula 1 ace was wearing a helmet. Little information about his health condition has surfaced since, with his family and manager safeguarding the data and suing every publication that dared publish any facts thought to be provided by insiders.

Schumacher is currently being rehabilitated at his home in Switzerland and his wife is planning to move him to the United States for further treatment. Professor Mark Obermann, Director of the Center for Neurology at the Asklepios clinic in Seesen, Germany, has provided statements that sparked up the hopes of fans, saying that “they shouldn’t give up hope”. The Professor says that a new study has recently revealed that there were good results for patients in a persistent vegetative state. 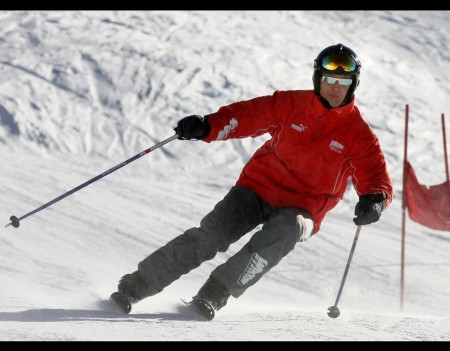 “According to a Swedish study, between 30 and 40 percent of patients have regained consciousness within four years”, Professor Obermann said, highlighting though that it doesn’t mean that the patient will make a full recovery. “Many can come back to life and see how their children and grandchildren grow up, what plans they have or what else happens in the family or in the circle of friends.”The German specialist says that the importance of Michael Schumacher’s family love and care play a major part in his recovery. “It is assumed that the patients are aware of more than we previously thought was possible.” Wife Corinna, 48, daughter Gina Maria, 20, and son Mick, 18, have been by his side since the crash.YOU MAY ALSO BE INTERESTED IN:http://mercedesblog.com/three-years-of-horror-michael-schumacher-turns-48-today/