Michael Schumacher’s teeange son, Mick, has been voted one of the top drivers to take part in the Mercedes-Benz season celebration at the Mercedes-Benz Arena. World Champion Lewis Hamilton and his teammate Nico Rosberg will also rule the racetrack in Stuttgart.

Mick Schumacher, David Coulthard, Jean Alesi, Bernd Schneider and Bernd Maylander were the fans’ choices for the show races that will take place on December, 12th. Who will race who? To get that answer, from now on, supporters can decide the racing pairs at mercedes.me/starsandcars.

For the first time in its history, the Stars & Cars event will happen at the stadium, at the Mercedes-Benz Arena, the home of Bundesliga team VfB Stuttgart. And also a premiere for the event, there will be some real action there, not only the usual demo races that fans got used to. 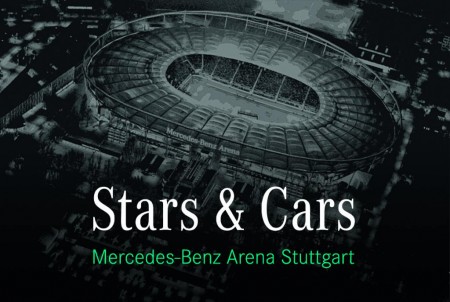 In two weeks from now, the 7 or 8-meter wide track will host 15 races and five special fixtures. The main competition of the very special Saturday will include four races and all participants will drive identical cars to show off their skills.

The Top 6 drivers selected in the ballot: