Michael Jordan’s Mercedes-Benz S600 is for sale. Auction starts at only $23!

A Mercedes-Benz S600, that belonged to NBA star Michael Jordan is now for sale on eBay for a ridiculous price. The bid starts at just $23. Why is it so cheap?

The 1996 Mercedes-Benz S600 has been listed on eBay with an incredible starting price of $23. The car has been listed by a dealership in Beverly Hills, Los Angeles., California. In just a few hours though, the sum hit $160,000. The bidding house expects it to go much higher than that, as there we are still a week away from its closing.

The car that belonged to Michael Jordan comes with a 6.0-liter V12 engine that develops in excess of 380 horsepower and 569 Nm of torque.

The model also got through a customization procedure by the tuning house Lorinser. Custom chrome rims, a widebody kit, seats in grey leather and navy blue exterior paintwork are, of course, part of the deal. 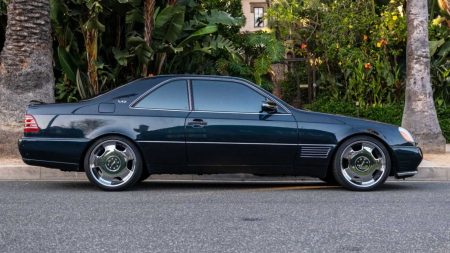 In spite of being 24 years old, the Mercedes-Benz S600 features plenty of modern equipment. It has got an air conditioning system, dual airbags and power windows. There are also power steering, power mirrors, power seats, a power sunroof and power… everything.

The odometer of the car reads 157,085 miles (252,803 kilometers). And there is also some extra customization that the next owner though might not be happy with. Unless they are a fan of the six-time championship winner, Michael Jordan, widely known as the greatest basketball player of all times. 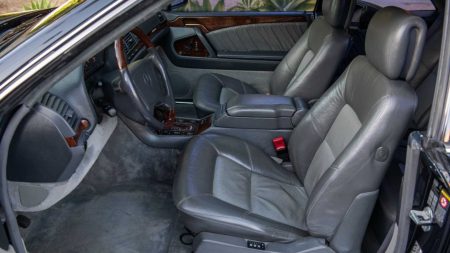 “The cool thing about the car is when you power on the car phone, Jordan’s name shows up on the dashboard”, says Alex Manos, Beverly Hills Car Club owner.

Anyone in the world can bid for the automobile that bears the signature of the Chicago Bulls star and his then-wife, Juanita.