Mercedes will race under the EQ brand in Formula E

Eighteen months separates Mercedes from its first race in Formula E. The electric racing cars are set to run under the EQ brand in the 6th season of the competition, in partnership with SAP, with whom Mercedes has just signed a long-term agreement.

Mercedes has announced its participation in Formula E starting next season, fighting against grand rivals such as Porsche, BMW, Jaguar and Audi. The head of the company’s Motorsport division, Toto Wolff, is hoping that the expertise achieved in Formula One will help the electric racing cars set the pace of the competition with zero emissions. Mercedes-AMG PETRONAS Motorsport is a four-time Constructors’ World Champion in the competition where Lewis Hamilton has already achieved 3 World Titles driving for Mercedes of his total of four.

With SAP on the team, ready to help for the development of engineering solutions, the three-pointed star squad grows even stronger. 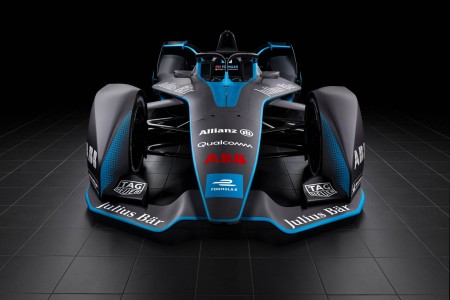 “This new agreement demonstrates the commercial potential of the series – and gives us a strong basis from which to begin our next phase of technical and sporting preparations for the Season 6 entry. This agreement will combine traditional brand value with the use of innovative technologies that will contribute meaningfully to our on-track performance”, says Wolff.

It is Mercedes’ first technological partnership in Formula E. As a leader in enterprise software, SAP is now becoming the official Business Performance Partner of the racing team that has reserved its places on the starting grid of Season 6.

With over 388,000 customers from the business world and from the public sector worldwide, SAP will assist Mercedes EQ Formula E Team in developing and deploying innovative technologies, providing back-office solutions, that will help them analyze the large volume of data provided by the Formula E racing cars, supervising their overall performance.