The Mechatronik company near Stuttgart restores the Mercedes W111 models and install an AMG V8 engine.


Most customers come with the original model because nowadays it is not a problem to find a W111 on the market. Mechatronik practically reconstructs the model from scratch and brings it in a similar stage to a new model. All special requests from the customer, such as removing the bumper or installing additional headlights, are already being considered at this early stage. Mechatronic also installs safety systems such as ABS and ASR that were not available at the time of manufacture of this model. Then mount the three-point seat belts and headrests for the front seats.

In addition to the restoration operation which is laborious and requires a lot of documentation work to fully comply with the original classic model, the most spectacular operation is the installation of the V8 AMG engine. Customers can choose between two V8 engines: 5.0 liters with 306 HP and 460 Nm or 5.5 liters with 360 HP and 510 Nm (both from the M113 series). This engine was available until 2010 in the SLK 55 AMG. The 5-liter engine version accelerates from 0 to 100 km / h in 6.5 seconds and the 5.5-liter engine in 6.0 seconds while the top speed is in both cases 220 km/h. 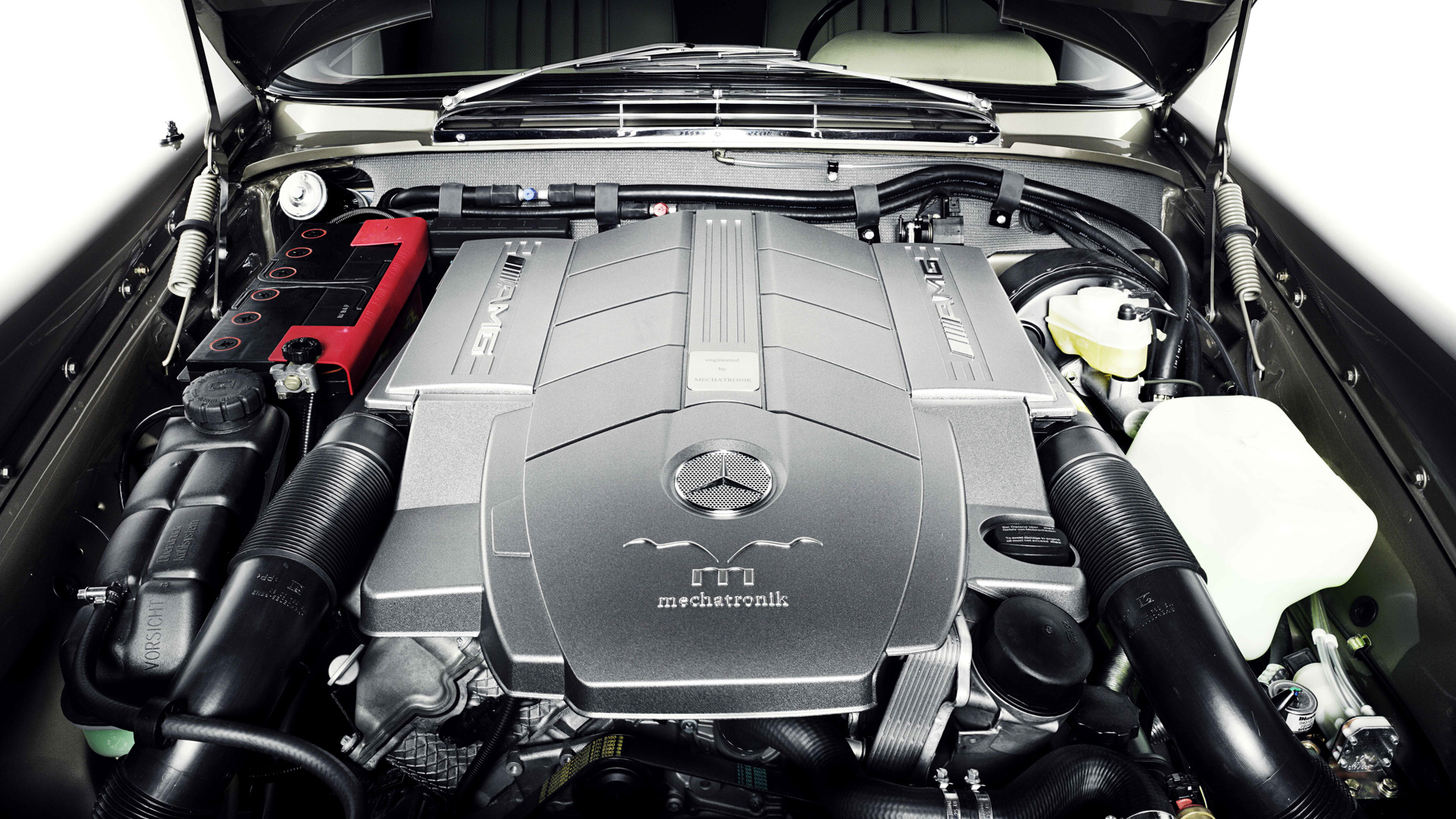 AMG V8 engines are not new but are bought on the open market with a few kilometers on board after which Mechatronik completely overhauls them. The engine is mated to a 5-speed automatic transmission (NAG1 series) that changes smoothly and is very reliable.

Due to the much higher engine power compared to the original model, Mechatronik has adapted the drive train according to the new requirements. Thus, the suspension is equipped with sport springs and shock absorbers from KW and a lockable differential was mounted on the rear axle.

Mechatronik has been offering the M-Coupe and M-Cabrio for some time, but the 5.5-liter V8 engine is a new addition. Mechatronik also now offers more optional equipment.

Mechatronik mentions that its models can be serviced in any Mercedes service and does not require the intervention of a specialist in classic models.