Mercedes Vito Rallye is the class winner of the demanding Aïcha des Gazelles rally in Morocco. Auto motor und sport gets behind the wheel of the champion car… errrr, van.

50 meters. This is how much the lead of the winning Mercedes Vito Rallye as driven by Viola Hartmann and Vanessa Wagner was at the end of the class victory at this year’s Rallye Aïcha des Gazelles – reserved exclusively for female participants.

Armed with maps and compass (GPS and other navigation electronics are prohibited), the two drivers had to cover the 2,500 km spread on seven stages as accurately as possible. Hartmann / Wagner won the rally with a deviation of only 189 meters. 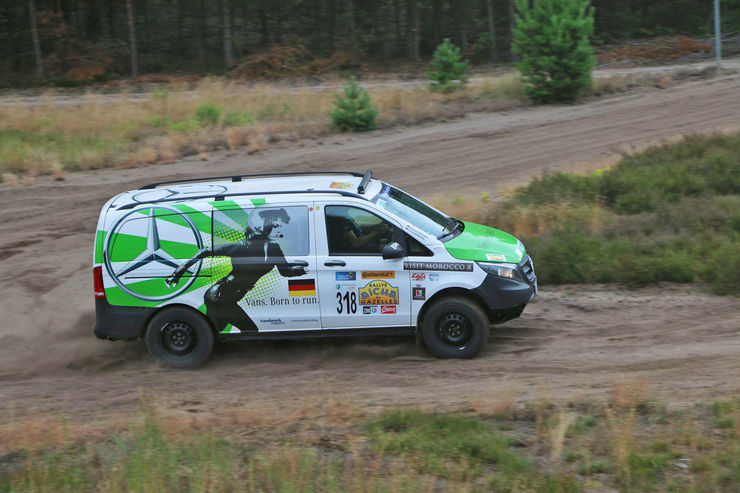 Rally Vito was partially rebuilt by Mercedes, to meet the tough rally standards. Centerpiece of the renovation is a specially developed for the Vito Lift kit with special dampers. They also have greater oil supply in the external reservoir and are therefore not as sensitive to heating as standard dampers.

The rest of the modifications to the frameless Vito targets solely an issue: protection. Tank, transmission, engine, even the rear differential are clad with aluminum panels. 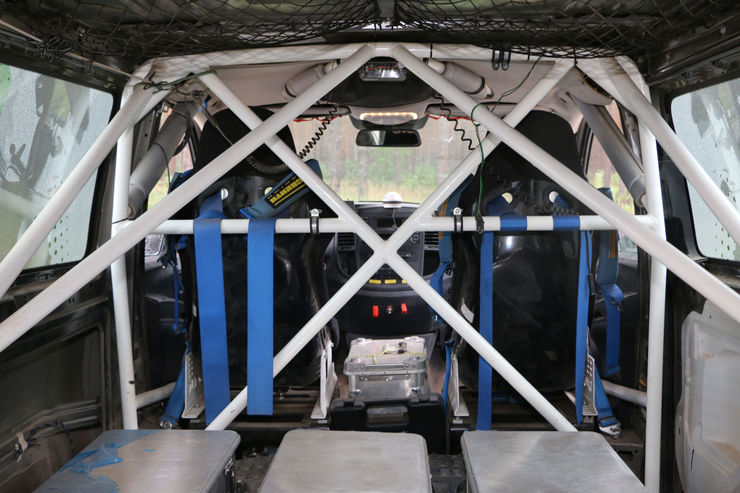 There are also welded sill tubes which give the Vito a big boost not only in rock climbing, but are also are a welcome starting point for the jack. A sheet is placed even below the rear bumper, and new is the lateral exhaust tailpipe. Learning by experience. 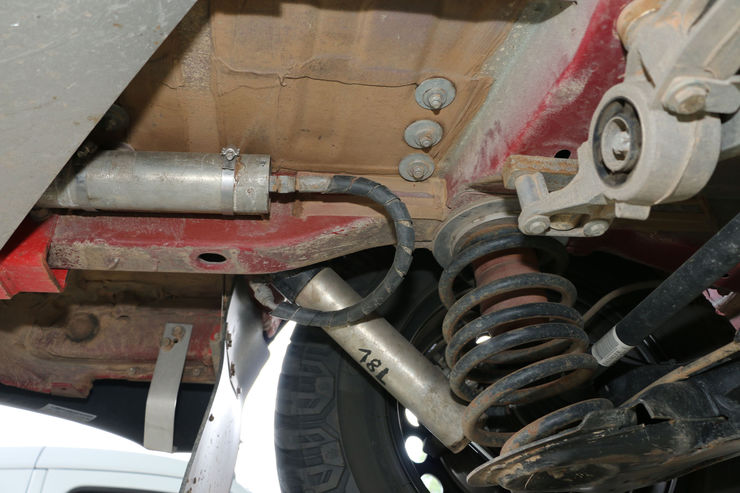 The remainder of the technique is series. Titled correctly, the winning car is a Vito 119 CDI BlueTEC 4×4 with 7G-Tronic automatic transmission. Next year, the Vito Rallye will be again at the start, for the third time. Without any revision of the engine or transmission, such as Daimler assures us.

Inside the Mercedes Rally Vito completely gutted. An artfully molded roll cage replaces the interior trim, a Zarges box, the center console. Rigid Carbon Recaro seats, 5-point harness, helmet intercom. Only the subsequently mounted odometer and a few extra switches complement the original cockpit, even the multifunction leather steering wheel comes from the series. However, all the airbags were removed. 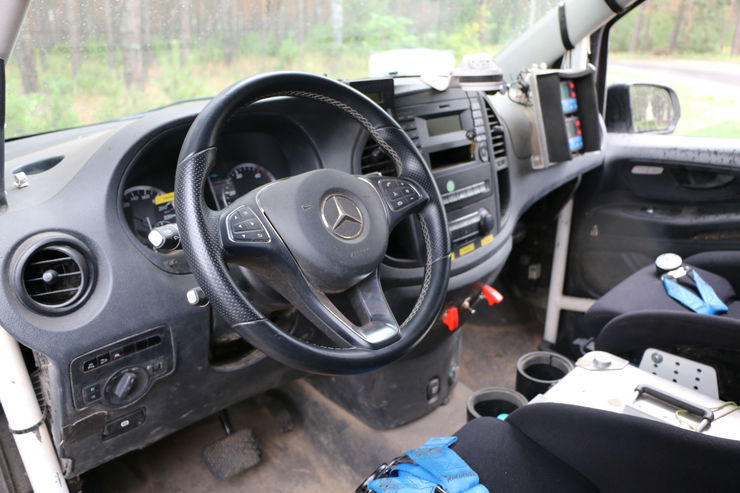 The brave four-cylinder sounds regular, not spectacular. 190 hp and 440 newton meters are always ready to race, also in a slightly larger case such as the Vito.

We dive in the deep sand track and full speed ahead, full throttle, hill jump, yay! No real challenge. Handy and compact enough, the Vito is also wonderfully capable of rude driving on lousy undergrounds. 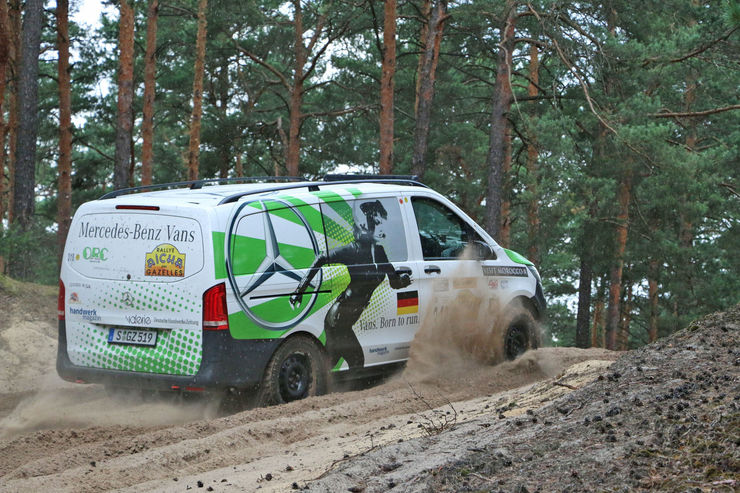 The final drive of the day belongs to the sandy slope. Many SUVs are already starving here, the Vito cuts its own (with some start-up) unimpressed upwards. Just do not lose the momentum, because the high-wall tires eat into force. What does not work at creep speed, just needs to be driven boldly.

The rally Vito delivers an impressive demonstration of what a special suspension and tire can make of a civilian van, which used to carry flowers and passengers. Next year, this rather special Vito will again face the Moroccan desert.