Mercedes has precisely foreseen the future development directions for the powertrains. Presented at the Frankfurt Motor Show in the autumn of 2009, the Mercedes Vision S 500 Plug-In Hybrid previewed the S 500 Plug-In Hybrid, the first luxury car with a fuel consumption less than 3 l/100 km.

Immediately after the market introduction of the mild hybrid Mercedes S 400 Hybrid, Mercedes presented, at 63th edition of Frankfurt Motor Show, in the autumn of 2009, the Vision S 500 Plug-In Hybrid, the first ”3 litre” luxury sedan. In clear words, this was the first concept of a luxury saloon, which does not need more than 3 litre for 100 km.

Based on the W221 S-Class, the Vision S 500 Plug-In Hybrid is powered by the 3.5 litre V6 engine with direct injection paired with a 60 HP electric motor placed between the 7G-Tronic automatic gearbox and the Otto engine on the same principle like for the S 400 Hybrid. 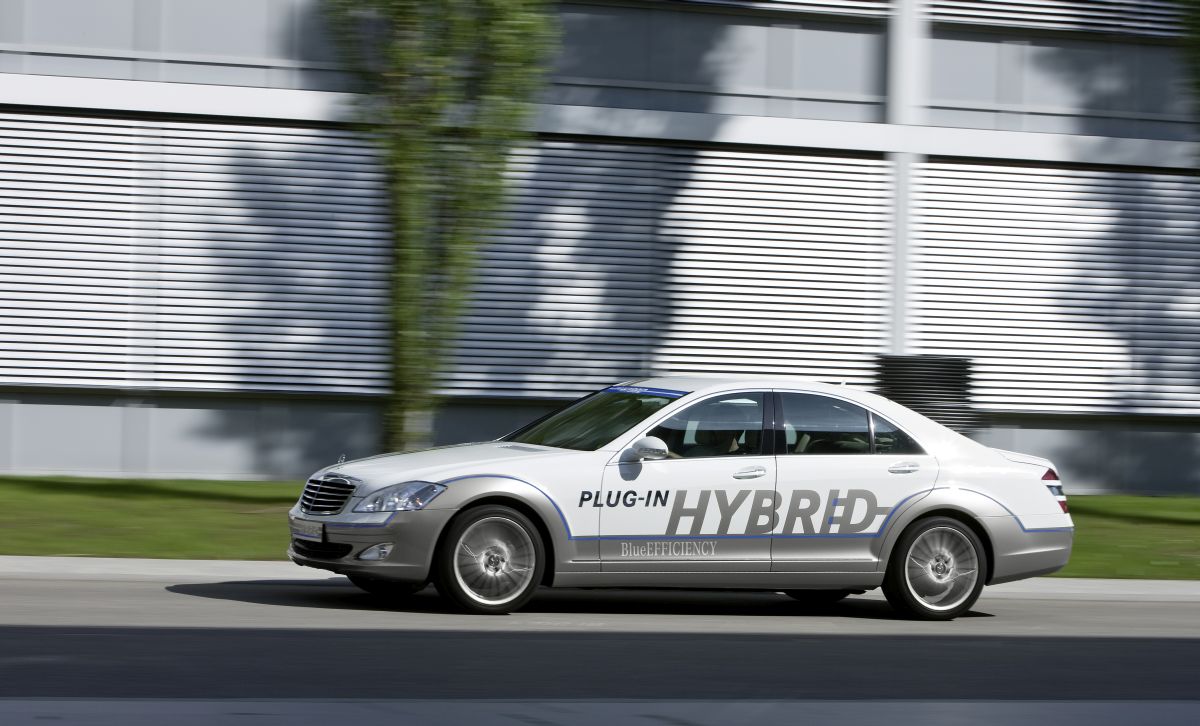 Mercedes promised a 30 km pure electric range and a fuel consumption of only 3.2 l/100 km, which befits with a CO2 emission level of only 74 g/km.

The total weight of the electrical components in the experimental vehicle was 215 kg, from which the Lithium-Ion contributed with around 130 kg, considerably less than a conventional Nickel-metal Hybrid battery of similar storage, which would have weighted between 180 and 200 kilograms.

If in case of the mild hybrid S 400 Hybrid, the extremely compact battery of 0.9 kWh easily fits in engine compartment, more than 10 kWh of lithium-Ion battery requires much more space. For this reason, the battery is placed in the boot behind the rear seats and above the rear axle. This installment position offers conclusive advantages: a perfect weight distribution and the  best possible protection for the battery in case of accident.

Above all these fabulous figures for a luxury saloon, the racing from 0 to 100 km/h only takes 5.2 seconds, compared with the 5.5 seconds for the Vision S 500 Plug-In Hybrid. The future is here.