With a breathtaking study, titled Vision EQ Silver Arrow, Mercedes showcases at the 2018 Pebble Beach Concours d’Elegance on 25/26th of August 2018 a spectacular view of a future EQ branded hypercar.

Previewed under the form of a sculpture called “Aesthetics Progressive Luxury”, it is a six-meter-long sports car of superlatives, which offers space inside its carbon body for a person. A first look reminds us of the Mercedes .

The Mercedes Vision EQ Silver Arrow has a passenger pod that opens upwards. To get started, the steering wheel moves down. The powertrain of the super sports car should be fully electrified until the market launch. Whether the model, which will be ready for series production in about five years, will be offered under the name EQ, is currently still open for debate. It is also conceivable, if by then large parts of the Mercedes program are electrified that the brand name EQ disappears again and the silver bullet debuts as AMG. 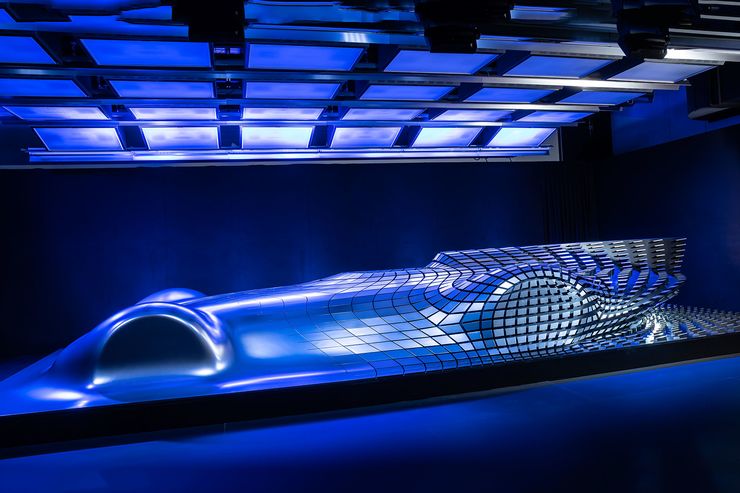 This model would almost be the successor to the AMG Project One, which celebrated its world premiere as a two-seat sports car at the IAA 2017 and uses the plug-in hybrid drive (1.6-liter V6 gasoline engine with 1,000 hp) lifted directly from the Mercedes-AMG Petronas Formula 1 racing car.

In the past, Mercedes had already provided further views of upcoming Designs and production models with other sculptures. Thus, in 2010 “Aesthetics no. 1 “, in 2011 ” Aesthetics no. 2 “(interior design) and ” Aesthetics 125 “, in 2012 ” Aesthetics S ” (S-Class outlook) and in 2017 ” Aesthetics A ” (outlook on A-Class sedan). “Aesthetics Progressive Luxury” now cites the upcoming super sports car and should be a tribute to the streamline racing car in which in 1938 Rudolf Caracciola set a speed world record on public roads: 432.7 km / h.

The design team around Mercedes chief designer Gorden Wagener launched an internal competition with the task of designing a radical vehicle in the style of the 1930s in a modern interpretation. The result was an almost eight-meter-long skulpture in blue, the shape of which rises from the ground. To recognize the mighty flared wheel arches and a narrow radiator grille and an implied driver’s cab, which is placed in the middle. The rear in the style of the Maybach Coupé study presents itself drawn with an oversized fin. Later, the sculpture seems to dissolve and the blue body elements embody the imaginary air flow of the super sports car. 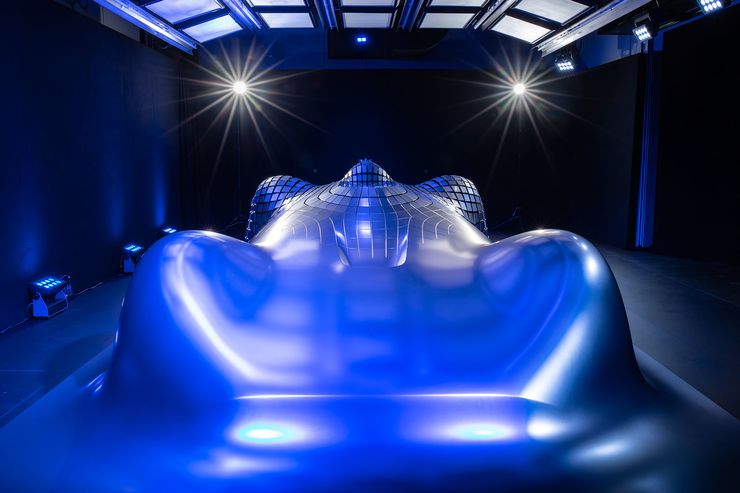