One year after the terrible crash in Meribel, France, Michael Schumacher receives another blow. Three companies have told his lawyers that they are severing the contract with the seven times world champion. But Mercedes sticks with him.

Together for better or for worse. It is a vow that Mercedes still keeps, although their 3-year deal with Michael Schumacher in Formula 1 was unsuccessful. Almost 11 months into Schumi’s slow rehabilitation, they have recently reaffirmed their commitment to the former driver.

It’s been a year since Michael Schumacher devastating ski crash in the French Alps and the driver is still paralyzed and having memory and speech problems. He has been moved back home this past September, on the shore of Lake Geneva, in the hospital-like unit his wife has built for 19 million euros and receiving a 24-hour professional care that is worth 300 000 euros per month.

Find out more about Michael Schumacher’s crash on 29th of December 2014! 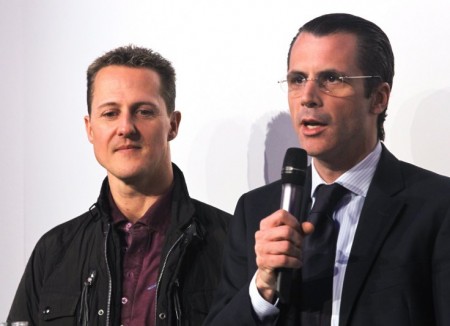 Covered up in expenditures, The Michael Schumacher estate has just suffered a new financial blow. The Navyboot and Jet Set fashion labels, both owned by the Swiss entrepreneur Phillippe Gaydouls, have just quit on him. It is said that the two brands were paying 3.5 million euros per year to endorse the former Formula 1 star.

Uselessly trying to avoid negative publicity, Phillipe Gaydouls justified his choice of dumping Michael Schumacher by mentioning that the former world champion is now unable to do any promotional work.

Play the video below if you want to see Michael Schumacher advertising for Navyboot:

The German mineral water company Rosbacher also annulled the contract with the Schumacher, since there are doubts whether the 45-year old is ever going to fully recover. For the moment, he is still immobile, wheelchair-bound and unable to speak, according to the former driver and friend Phillippe Streiff. Rosbacher had already dropped all advertising video (watch it below) starting 1st of January 2014, just three days after the crash. Apparently, the company was paying him about 6 million euros per year.

According to Forbes magazine, Michael Schumacher earned 8 million euros just from sponsorship deals in his last year in Formula 1.

Michael Schumacher suffered a disastrous accident exactly one year ago, when he went off-piste and smashed his head against a rock partially covered in snow. He had two brain surgeries and spent six months in a coma. Schumacher had always been thought to be a great skier, with great ability in just about any winter sport. 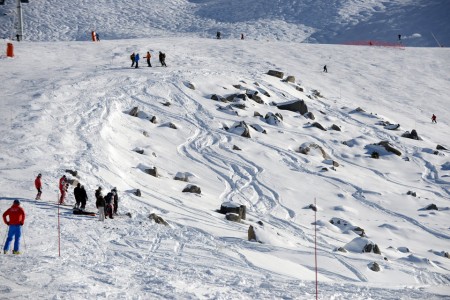 The crash scene in the Alps, Meribel, France