Characterized by a long ratio between its first and ninth gear, rated at 9,15, the state of the art 9G-Tronic 9-speed automatic transmission will gradually be offered alongside Mercedes’ entire range of rear-wheel drive or all-wheel-drive models with longitudinally mounted engines, 20 distinct models in total. It can be coupled with 4, 6 and 8-cylinder power plants, as well as any hybrid or plug-in hybrid applications of the same engines.

The first examples of the modern 9-speed gearbox rolled off the assembly line in 2014, in Stuttgart, with the Sebes plant set to become the second and only plant outside Germany to produce it. The today opening event marked the official start of production.

The first application of the 9-speed 9G-Tronic gearbox was in the E 350 BlueTec facelifted series in 2013. The current GLE Coupe (C 292) was the first model line entirely offered alongside the 9G-Tronic right from the outset, in the Summer of 2015. After, all the new models were delivered with the new 9 gears 9G-Tronic gearbox like the case of the new GLC and GLC Coupe.

In the new models, the use of the new compact transfer case as an add-on module and the 9G-TRONIC with its magnesium transmission housing results in a 12 kg weight reduction in comparison to the previous 7 gears 7G-Tronic gearbox. 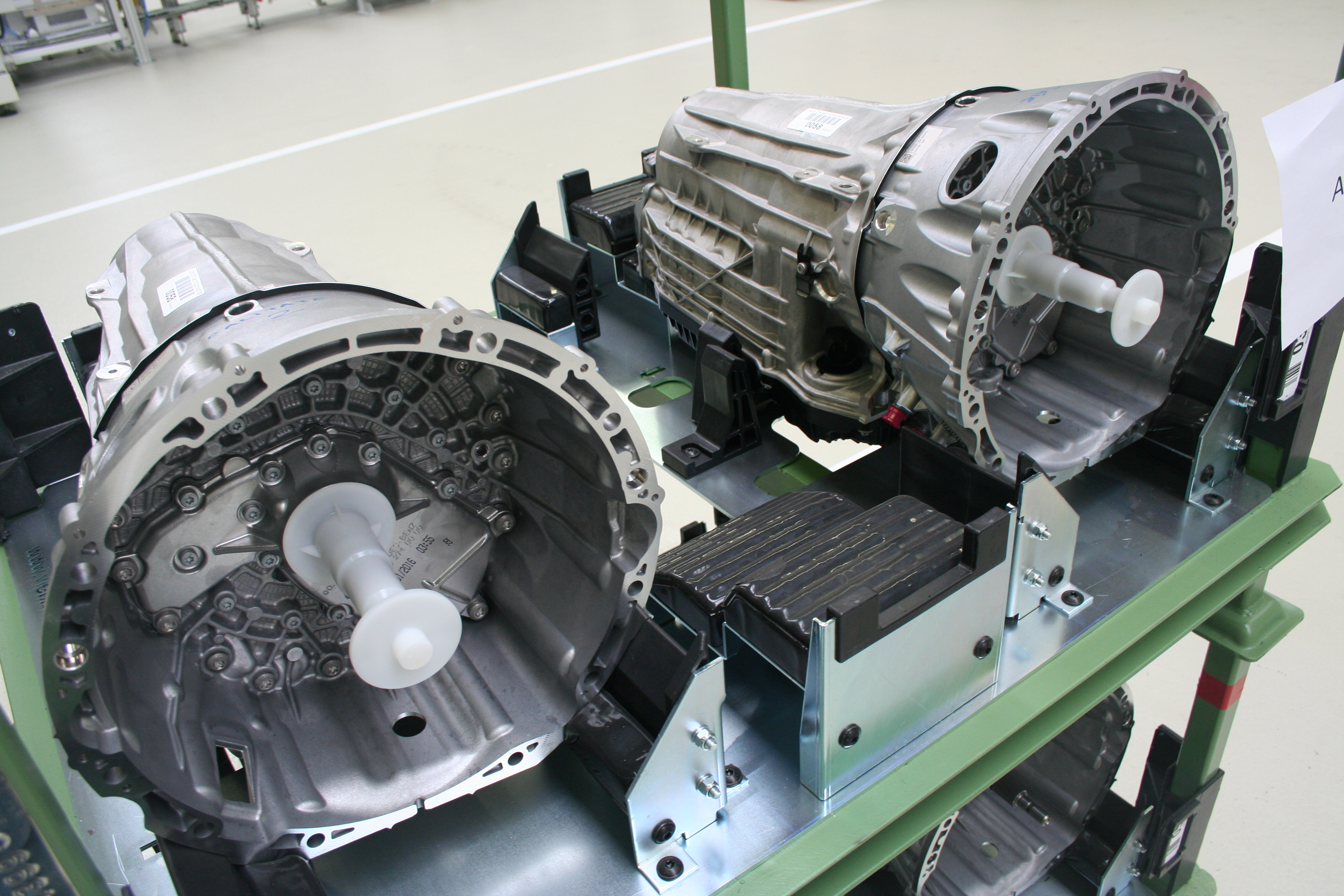 To complete the all-new assembly line in Sebes, Mercedes has invested more than 300 million euros while romanian government supports the investment with 37.4 million euro. The all-new Sebes transmission assembly line is hosted in a 43,000 square meter hall on a 72,000 square meter land and has swallowed more than 5,000 tons of metal and 500 km of cables in its construction process.

This year’s expected output for the Mercedes’ Star Assembly plant is estimated at an overtly 500,000 units. Last year, the Sebes factory produced 300,000 gearboxes, most of them the 7G-DCT 7-speed double clutch gearboxes for the compact range. 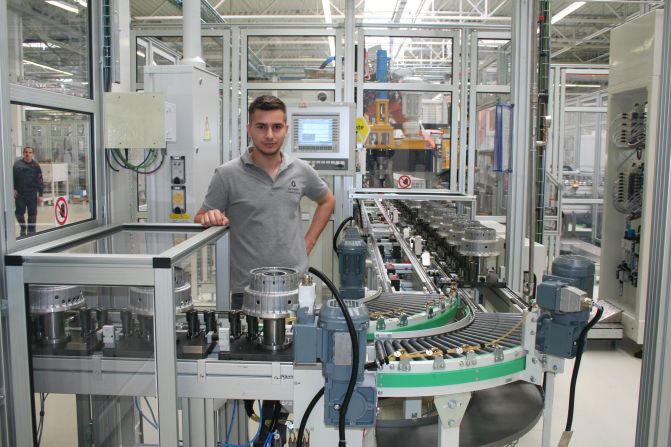 We estimate that working in a three shifts scheme, the Mercedes gearbox plant from Romania will reach this year a revenue of over 1 billion euro, becoming one of the most 10 biggest exporters of Romania.

Star Transmission (STC) was founded in 2001 as a joint-venture between Daimler and the mechanical enterprise in Cugir. It was set up as a manufacturing line for gears and transmission axles for the Mercedes gearboxes range. The collaboration between the two companies was in fact much older, having started in 1996, when the Mechanical factory from Cugir won a contract from Mercedes to produce the gears for the first A-Class’ generation gearbox. Star Transmission is a fully owned Daimler subsidiary since 2013, when the Star Assembly division and factory in Sebes was established. Also in 2013, Star Transmission has started production of the 5 speed automatic gearbox for the Mercedes commercial vehicles in a 9,000 sqm with 1,000 workers.

In 2014, the factory was extended with another 13,000 sqm hall while the workforce has increased to almost 200 people to 1,200 workers. In the new hall Star Transmission has produce the 7 gears double clutch gearbox for the Mercedes compact range (A, B, CLA, CLA Shooting Brake and GLA).

The launch event in Sebes was attended by Markus Schaefer, Chief of Supply Chain and Production for the entire Mercedes-Benz cars division, joined by Frank Deiss, director of propulsion systems at Mercedes-Benz cars. Showing the significance of Mercedes’ investment in Sebes, he was joined by local government representatives, amongst them  romanian vice prime Minister, Costin Borc. 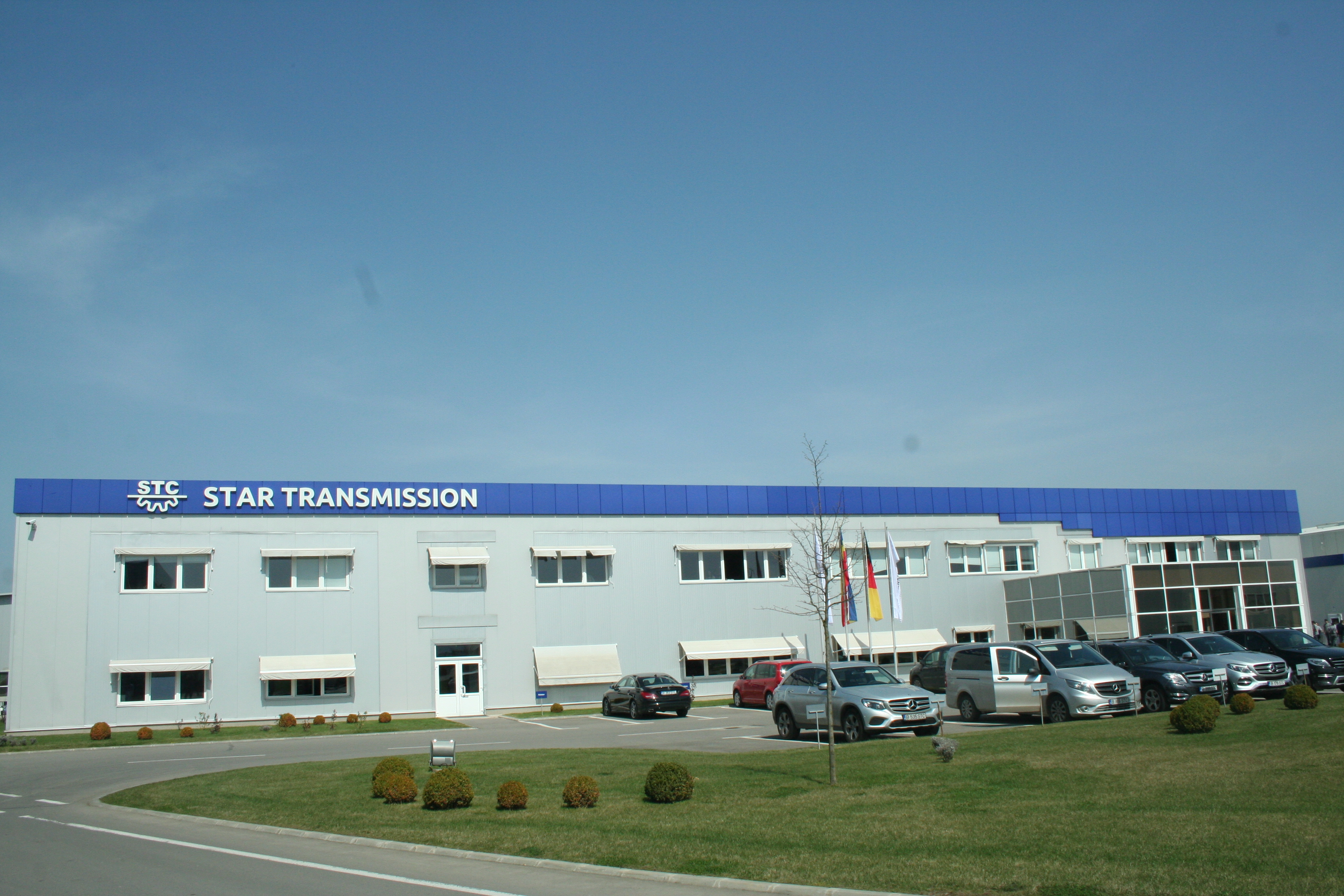 1996 – After a contest trial, Daimler AG granted Cugir Mechanical factory (UMC) a supplier contract (FAG gear). The production of gears and axles for gearboxes(FAG) reached 1,500 pieces per day in 5 variants.

2001 – A joint venture under the name Star Transmission Cugir (STC) is started in Cugir. 120 skilled workers are part of the STC family.

2014 – Official inauguration of the production line for 7-speed double clutch transmissions dedicated to the compact range based on the new MFA platform. Laying the foundation stone for the all-new 9-speed 9G-Tronic (NAG 3) project.