Auto Bild magazine has presented the exclusive rendering of the facelifted Mercedes SL and SLC, which will be shown at the Frankfurt Motor Show, in September 2015.

The sixth generation of the iconic Mercedes roadster SL code name R231 had been launched in 2012 with an aluminium body. The new aluminium bodyshell weighs around 110 kg less than it would using the steel technology from its predecessor.

At the Frankfurt Motor Show in September, Mercedes will introduce the facelifted version which has to survive at least until 2019, when a new generation is planned. The roadster market has shrinking for several years and there are no signs of recovery.

For this reason, the future SL and SLK generations will share a common platform with more common parts and less weight.

Until then, the SL facelift planned for Frankfurt will take over the dashboard layout from the S-Coupe. According to Auto Bild magazine, which presents the first rendering of the facelifted SL, the front part and the headlights will be inspired by the AMG GT. 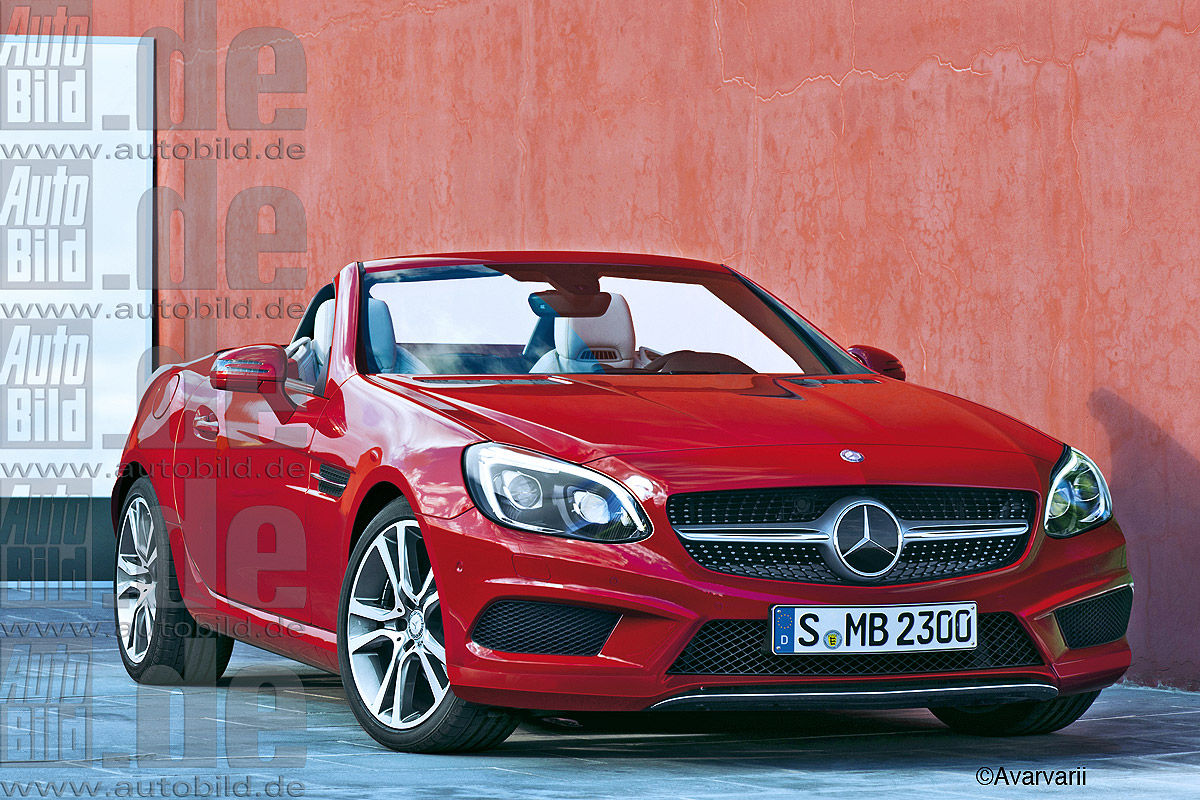 In the same time with the SL, Mercedes will present, at the Frankfurt motor show, the facelift of the smaller SLK, which will get a new name, SLC, to show that its belonging to the C-Class family.