One-of-a-kind Mercedes-Benz SLR 722 Roadster McLaren Edition is going on sale for a fabulous price. The model saw the light of day in the early 2000s and revealed the more potent 722 Edition model, both in Coupe and Roadster guises, 12 years ago.

Production of the Mercedes-Benz SLR (Sport Light Racing) came to an end in 2009, but the model still had something to show. So in 2011, Mercedes launched the SLR McLaren Edition. Only 25 such units were made and delivered worldwide. Just six of them were Roadsters and the model now on sale is one of those. 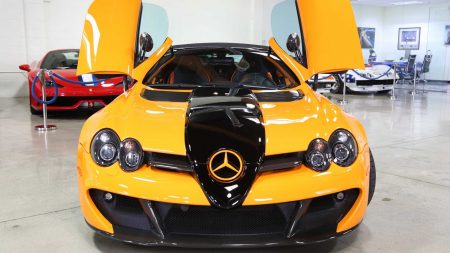 You may as well be in search of time amusement:

An upgraded suspension system and lightweight elements are the diet that assist the car in losing 50 kilograms (110 lbs) approximately. 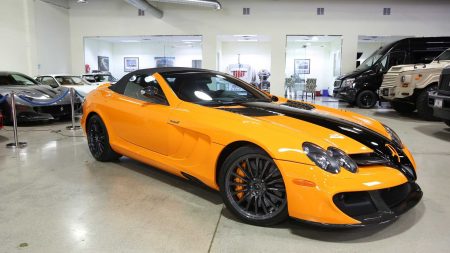 There is also an upgrade under the hood, since the Mercedes-Benz SLR 722S Roadster McLaren Edition going on sale received a new engine management software, new intercoolers and a McLaren sports exhaust. In consequence, the power went up from the usual 650 horsepower straight to approximately 750, delivered by the 5.4-liter supercharged V8.

The car in question is the only one built by MSO (Manufacturers’ Statement of Origin) according to the U.S. specification.

All the exclusivity that comes with it set the price at $1.05 million. And still, it is far from being the most expensive McLaren in the world. This one goes 8 times higher!