Manor effectively becomes the Mercedes B-squad, as Esteban Ocon steps up from DTM to F1, just as his new team-mate Pascal Wehrlein did at the beginning of 2016. The Frenchman’s vacant seat in German touring cars (finally) goes to Felix Rosenqvist, a man that worked so hard keep his career on track without bringing money.

Once Rio Haryanto’s backers failed to pay the second half of the 15 million $ required for a full season at Manor-Mercedes, the Indonesian had his fate sealed during the current summer break. The British team tried to lure Alex Rossi back from the US, but the Indy 500 winner had the maturity to reject a short-term F1 contract that would have cut his ties in IndyCar just when his stock is on a rise.

McLaren wanted to give Vandoorne a chance to get a few F1 races under his belt, but Mercedes quickly vetoed the move, as there was a risk of sharing precious information about the German engines with the struggling Honda rivals. Thus, Toto made his move, imposing the second junior in line: Esteban Ocon. Despite the fact that the remaining four DTM rounds do not collide with F1 meetings, one such programme takes full dedication. This is why Ocon had to vacate the DTM seat, which went to the reserve driver, Felix Rosenqvist.

We will witness Rosenqvist’s debut in Moscow next weekend (August 20-21), while Ocon will race in Formula 1 for the first time one week later, in Spa-Francorchamps. Let’s have a look on their career until now. 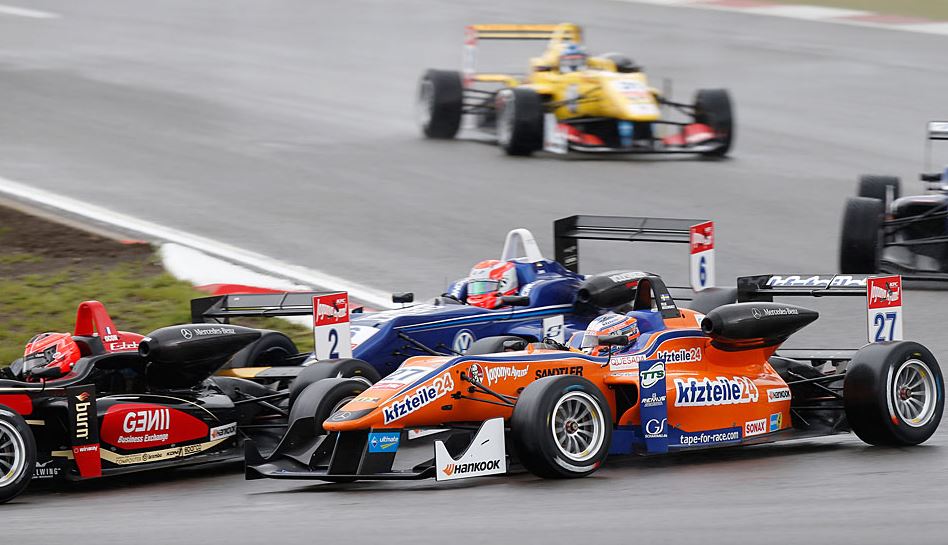 Ocon and Rosenqvist battled hard in Formula 3 in 2014

Born in Normandy in September 1996, Ocon won karting titles in France before making the natural switch to single seaters, directly into Formula Renault 2.0, where he spent two years (2012-13), finishing third in the Eurocup in the latter season with ART Grand Prix. He became a Lotus/Gravity junior driver and stepped up to Formula 3 in 2014, taking everyone by storm. As a rookie, he made very few mistakes and had the best technical material at his disposal.

Italian squad Prema was Mercedes’ main customer, so as Ocon kept winning races against strong opposition like Max Verstappen and Tom Blomqvist, the Germans took note. Once Verstappen declined joining the Mercedes junior programme in mid-2014, Toto Wolff quickly signed the one who would beat the Dutchman to the title – Esteban Ocon. 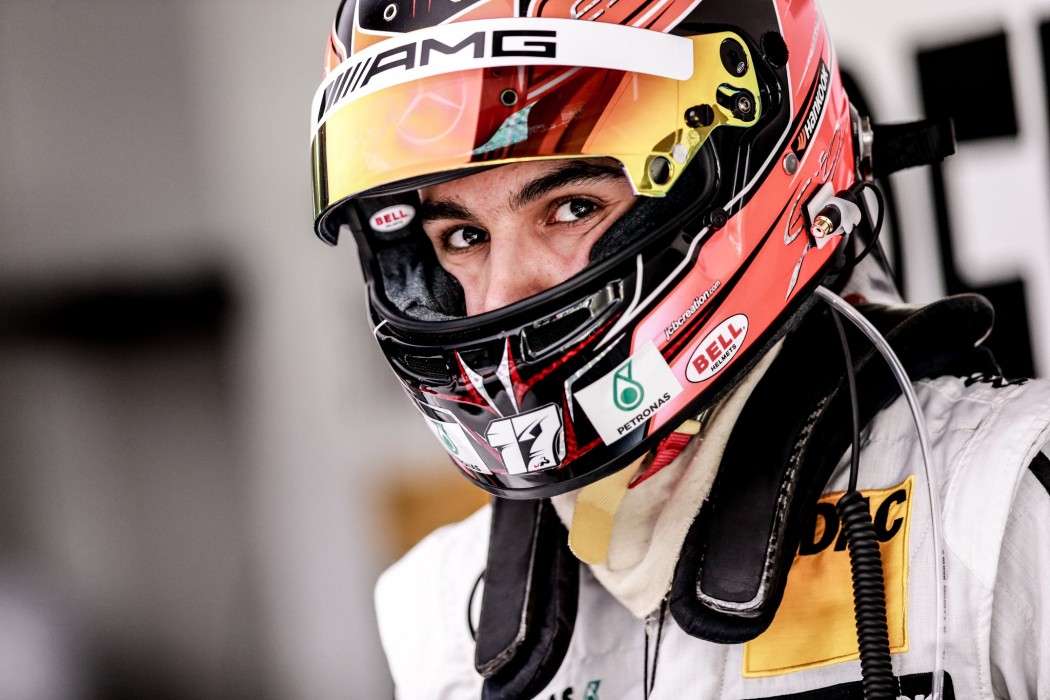 2015 brought the Frenchman back to Renault power and an ART Grand Prix car in GP3. Just one win in 18 races and a formidable string of second places (9 consecutive, 10 in total) were enough to seal another title as a rookie. Ocon proved he was really mature both on and off the track, choosing to continue closer to Mercedes in DTM, instead of moving up on the single seaters ladder in GP2. Wehrlein’s promotion was encouraging, as the Stuttgart manufacturer clearly doesn’t believe that touring cars are a dead end for a junior.

In a very competitive field, Ocon struggled with the heavy C63 and it took him a few weekends to qualify into the top half of the grid. His first (and only) top 10 finish came at the latest meeting in Zandvoort. Though, team manager Ulrich Fritz and the ART Grand Prix crew were delighted to work with him. They were full of praise when the news broke out that Ocon got the F1 contract.

Talking about F1, Esteban had the chance to test the Lotus in 2014 (Abu Dhabi FP1) when he was still wearing black-and-golf colors, then the Mercedes connection got him into a Force India test driver seat. This year, he jumped into Mercedes and Renault machinery, as the French manufacturer “borrowed” him in their secret quest to find the next spearhead. It is no surprise that Renault would love to have a driver from their own country, so Mercedes had to make a quick move to give Ocon a seat in F1 before the temptation of a rival contract might become too great.

The 2013 Formula 3 season was a season-long feud between Marciello (Prema-Mercedes) and Rosenqvist (Mucke-Mercedes). The Swede then had a torrid 2014 season with the same team and he finally had to accept what everyone else in the paddock was saying: to win the F3 title, you had to be in a Prema car. Felix signed a tricky offer that gave him the prized seat, while also mentoring Lance Stroll, son of billionaire Lawrence who bought the team. 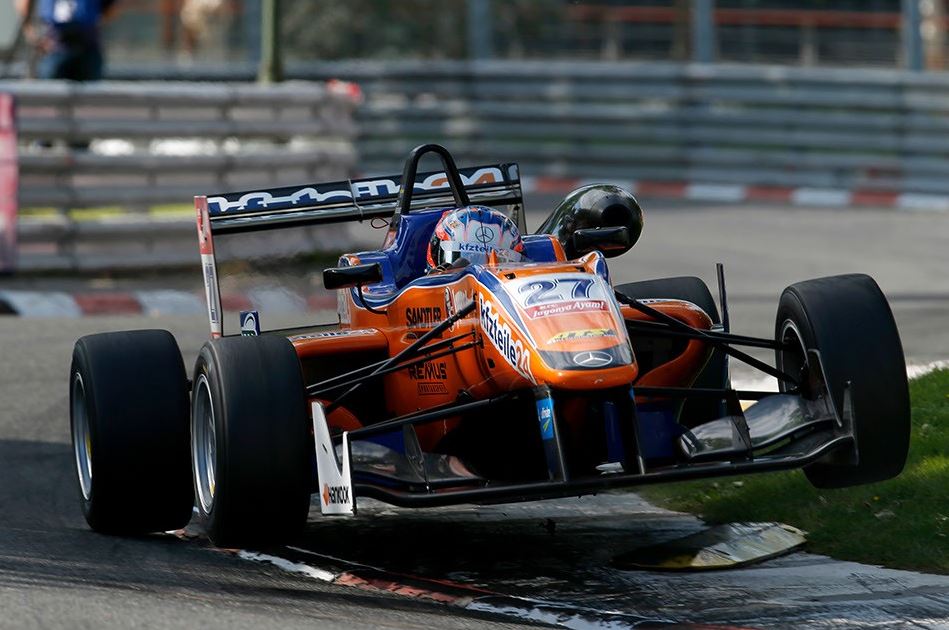 Felix in a Prema was an explosive proposition, as the Swede re-wrote the record books with 13 wins in a year, including a clean sweep of all three rounds in Monza and at the Nurburgring. Mercedes were keeping a close eye on him since quite a while, as a lot of transitions from F3 towards DTM had been fruitful: the last two champions were ex-F3 stalwarts – Wittmann and Wehrlein. Felix had his first test in a C63 at the end of 2014 and hoped for a seat at the beginning of 2015 and again after 12 months.

The call never came, as Ocon jumped the queue towards a DTM drive. Rosenqvist got a consolation prize by the form of a GT drive in Blancpain Series, proving his strength in the Spa 24-hour race where he came second. Meanwhile, his mentor (ex-F1 racer Stefan Johansson) convinced him to start contemplating options across the Atlantic. Felix was on the grid in a prototype at the Daytona 24-hour race, then he signed for a full Indy Lights campaign. Meanwhile, he was still a Mercedes DTM test and reserve driver, but that meant very little in terms of track time.

Until this week, when cards fell into place. Ocon vacated his seat and Felix finally got his well-deserved chance. It is a moral victory for both, as it proves that you can still succeed with a great talent and no tons of financial backing. Time to shine, Esteban and Felix! 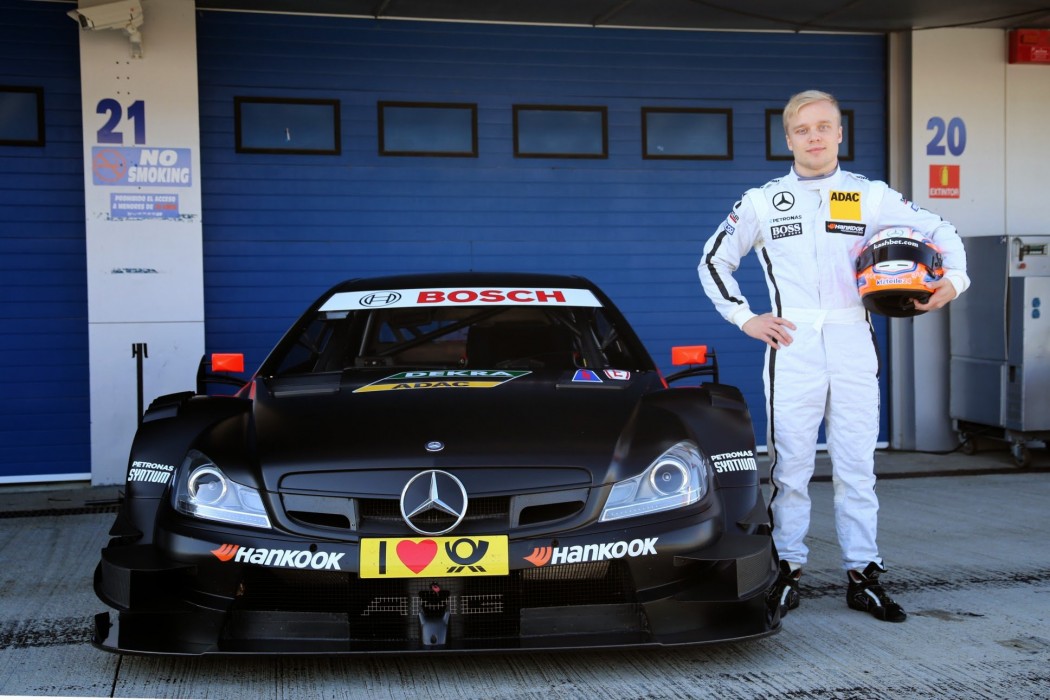 The Mercedes DTM car – sour grapes for Felix until August 2016