Mercedes has launched a total offensive in the Plug-In Hybrid segment with third generation models. No less than 10 models are already available on the market. Here are the latest Mercedes Plug-In Hybrid models.

Plug-In Hybrid propulsion is the best compromise if the electrical range is reasonable. Until now, on most Plug-In Hybrid models, the electric range did not exceed 50 km according to official figures and 40 km in reality.

No less than 10 Plug-In Hybrid models are already available and their number will increase to 20 this year. Mercedes-Benz has set its goal that by 2030 more than 50% of sales in Europe will be represented of electrified models. Here are some details about the two model families and the latest news.

The main novelties are the new A 250 e hatch and sedan and B 250 e which are the first compact Plug-In Hybrid models from Mercedes-Benz. They were joined also by the GLA 250 e which was announced at the second generation Mercedes-Benz GLA launch. 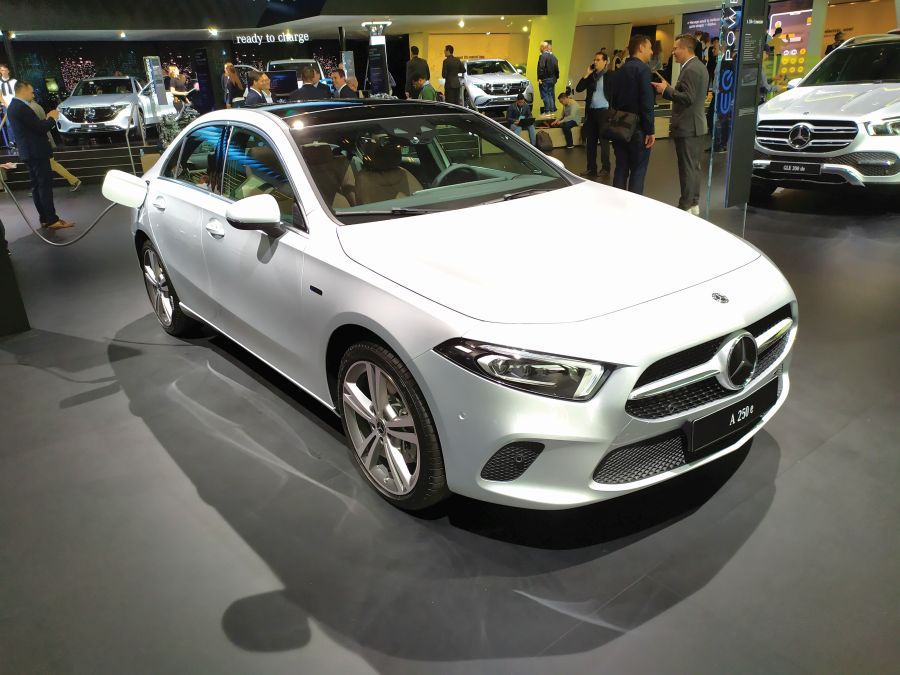 Basically, the two clutches are integrated in the rotor of the electric engine being concentric with it. In this way, the powertrain has a very compact construction, which is very important when we talk about a transverse location of the engine.

Customers will not notice this, but will find that the shape of the trunk is practical, almost identical to the conventional version.

This was possible due to some innovations. The muffler has been moved to the transmission tunnel, the exhaust ends in a central area under the car floor, and the tank has been moved from under the seat to the rear axle area.

In this way, it was possible to place the 15.6 kWh Li-Ion battery, cooled with water, which weighs 150 kg, under the bench, and the volume of the trunk was kept almost intact.

In addition to the Comfort, Eco and Sport programs, plus Off-road, from conventional models, all Plug-In Hybrid models additionally have Electric and Battery Level modes in the MBUX multimedia system. 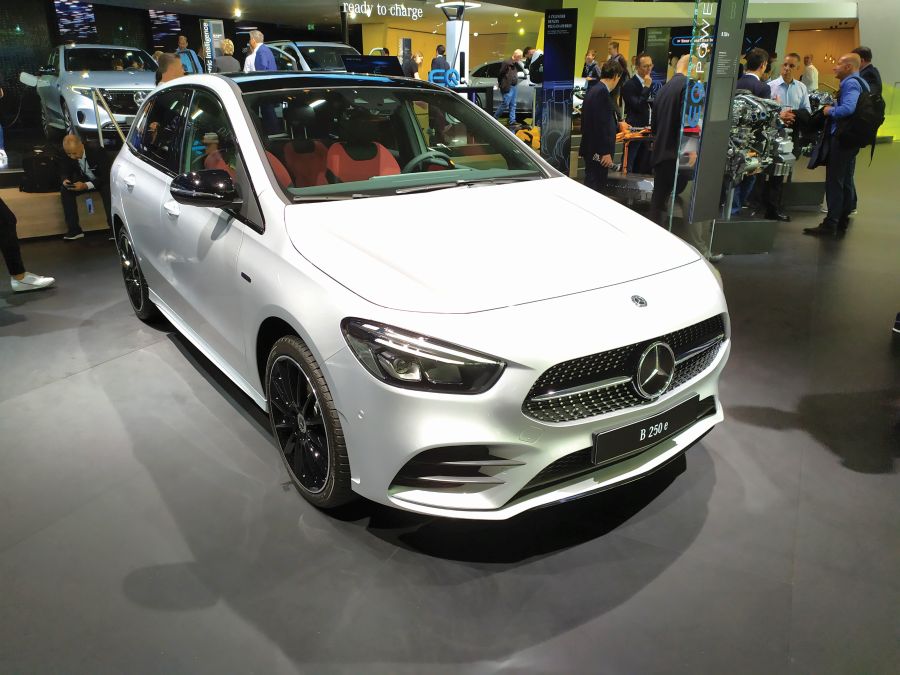 On Battery Level the battery energy is conserved for later use, while on Electric, the heat engine does not start unless the kickdown is pressed and the driver can activate various degrees of energy recovery during braking (D Auto, D +, D, D- and D- -) by operating the paddles behind the steering wheel.

Some of the compact Plug-In Hybrid models also have an accelerator pedal with haptic feedback introduced on the Mercedes S 500 e in 2014. A pressure point in the pedal delimits the moment when the heat engine starts, so you can drive electrically without be too concerned not to accidentally start the heat engine.

For the first time on a Mercedes-Benz model, the heat engine is started by the electric motor and there is no 12V starter.

Mercedes has already had Plug-In Hybrid models in the catalog since 2014 in the versions with longitudinally placed engines.
The first was  S 500 e which has launched a series of innovations available later over the entire range.

All Plug-In Hybrid models with the engine placed longitudinally are combined with the 9G-Tronic 9-speed automatic transmission, to which was added an additional clutch between the electric and the thermal motor to disengage the thermal engine.

Thus, the 9G-Tronic Hybrid transmission is only 108 mm longer than the classic 9G-Tronic. 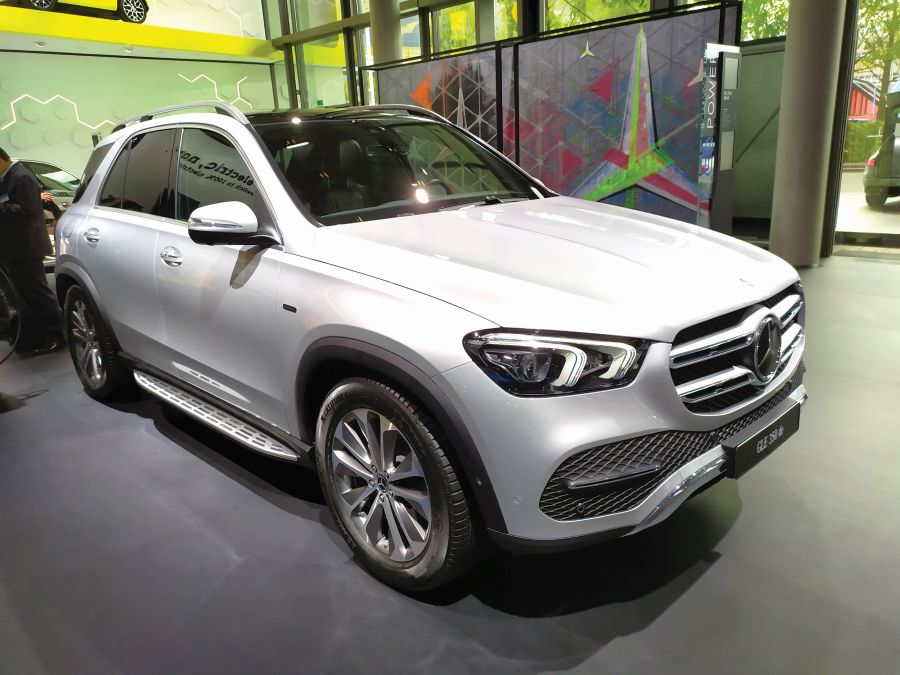 The secret  is the modified rear axle which allow integration of the battery above the rear axle. Thus, the floor is slightly raised compared to the conventional model, but the practical shape of the trunk is preserved without any intrusions. 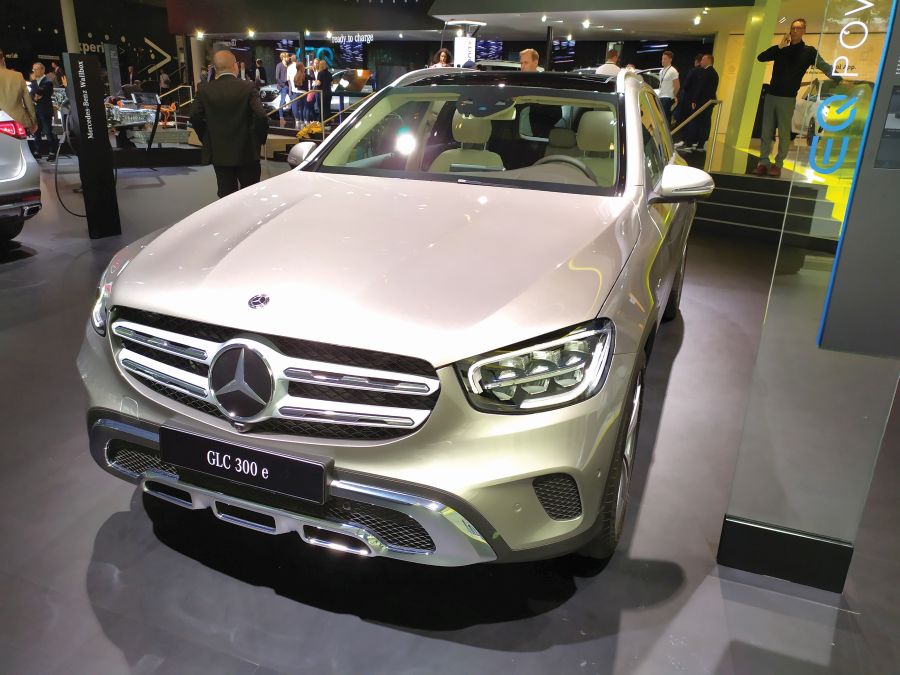 By placing the battery above the rear axle as in the GLE 350 de 4Matic, the trunk floor is higher. The shape of the trunk remains regular, but in this case it loses a little more than the GLE. The trunk volume measures between 395 and 1,445 liters compared to 550-1,600 liters in conventional versions.

[Mb_verdict] Verdict | Mercedes has successfully implemented Plug-In Hybrid propulsion in all segments, from the compact to the luxury class. The new Plug-In Hybrid propulsion systems are more compact, the larger batteries ensure decent electrical range and the intelligent placement of the batteries has been achieved, keeping the regular shape of the luggage. [/ Mb_verdict]