Mercedes has tested at the Circuit Paul Ricard for the first time he wide Pirelli tires for the 2017 season. To simulate the expected output values ​​for the coming season, the Silver Arrow featured a shocking eight-tire configuration. We have the pictures.

After Ferrari and Red Bull now also Mercedes has started on Tuesday (06.09.2016) the tire testing near Le Castellet with junior pilot Pascal Wehrlein. The wider Pirelli give the Silver Arrow a more aggressive look. They add on the rear axle a whopping 8 centimeters – from 325 to 405 millimeters. In front there are at least 6 centimeters more – 305 instead of 245 millimeters.

For the collected test data to be relevant, the 2015 Mercedes F1 car was upgraded with some aerodynamic tricks. The sub-floor in front of the rear tires has now gained wide aprons with which the air going to the tail is sucked on the asphalt. The ends of the front wing were also brought closer to the ground. 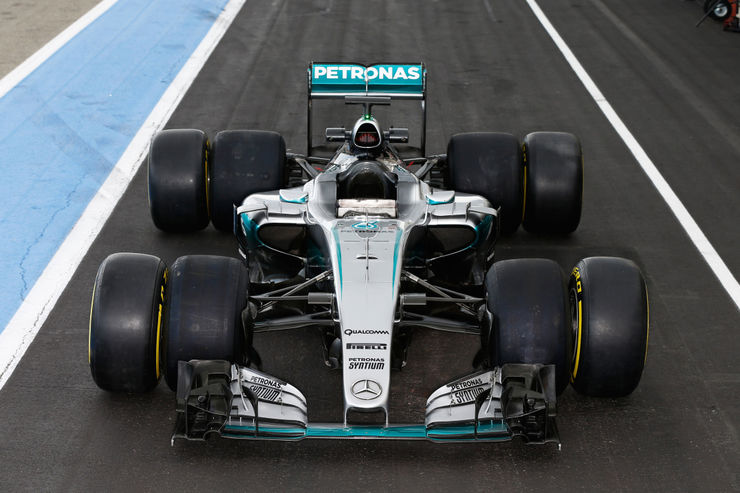 Plus, there’s an additional wing element to the diffuser ( “Beam Wing”). The result is about 20 percent higher output values ​​for the 2017 Formula 1 racing cars and the higher loads to be simulated on the tires.

Parallel to Mercedes, Ferrari also has Pirelli in test use. After Sebastian Vettel and Esteban Gutierrez were traveling in August in Fiorano first time with the wide rolls, now also Kimi Raikkonen got on the Grand Prix circuit of Barcelona a first feel for the 2017 rubber dimensions.

Pirelli plans to use the final tire specification only at the final test in late November in Abu Dhabi. After the season finale a last day of testing is scheduled, in which the regular drivers of Ferrari, Red Bull and Mercedes will give their final verdict. 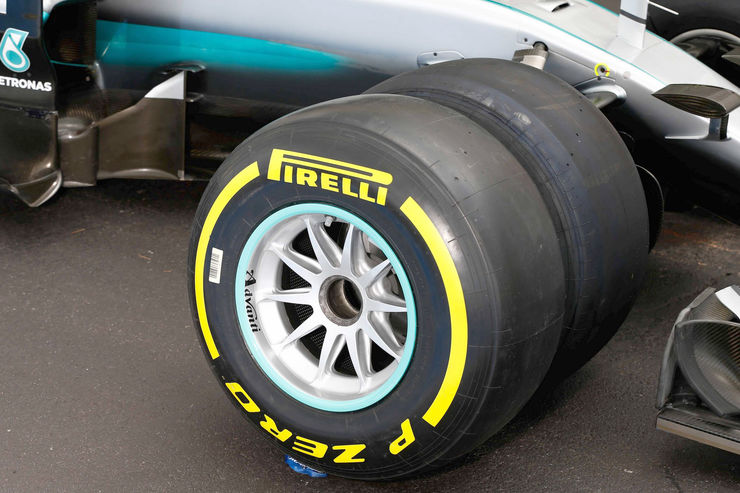