Mercedes new models masterplan until 2020 includes electric, luxury and affordable cars. The compacts are becoming increasingly important. The new A-Class will be launched in 2018, followed by further variants such as the GLB SUV. Mercedes also plans an e-car family and an AMG model billed as a Porsche Panamera opponent.

Today, the A-Class and the MFA front drive platform works excellently and accounts for 30 percent of total sales. Fourth generation arrives next year. It is remarkable what stylistic maturity the A-Class with all its derivatives has achieved. The optical turnaround under the direction of Design director Gorden Wagener has certainly succeeded. And with the model change this identify should become even stronger. 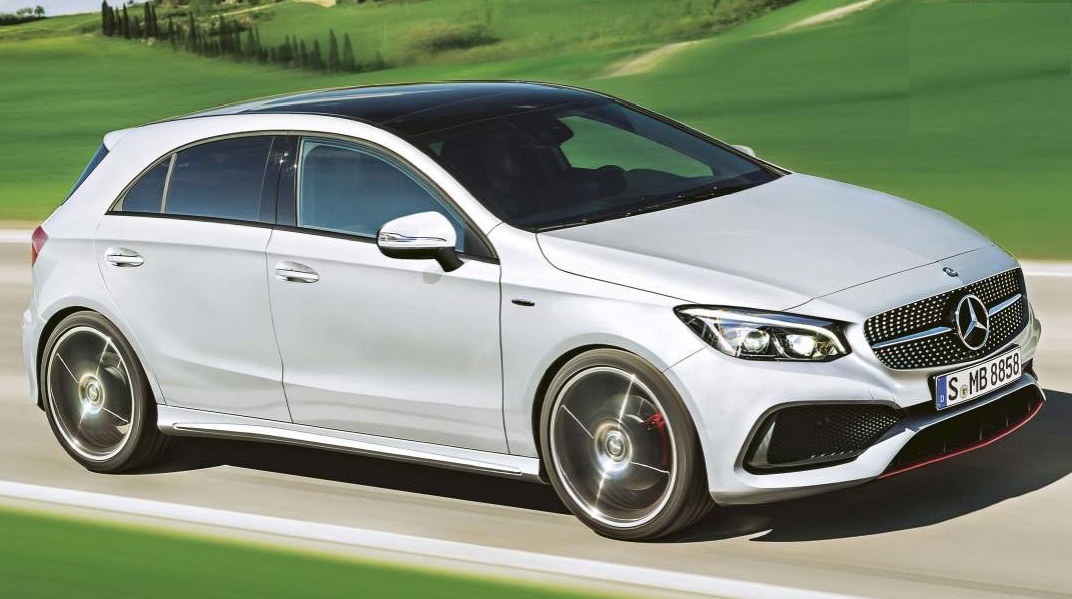 “Sensual clarity” is the style of the Mercedes brand – and this slogan is soon to be sharpened: even fewer lines and beads, reduction to the bare necessary. The often criticized tight door openings in the rear are set to be addressed in the future – a roof line, which falls now further behind, ensures, however, the car looses nothing of the optical dynamics. In the dimensions area, the new A-Class remains almost unchanged, but a better space usage provides for more room in the luggage compartment.

More variants
At least seven models will be based on the second generation of the front-wheel drive MFA platform. Coupé and convertible, which were already speculated for the current A-Class, are not on the list. But the GLB SUV is, a completely new variant which closes the gap between the GLA (currently 4,42 meters long) and GLC (4.65 meters). In order to save costs, this version is not based on the Modular Rear Drive Unit like the GLC, but on the MFA platform.

With a length of 4.55 meters, the GLB can seat up to seven people on three rows. Since Mercedes wants to be the measure of all things related to connectivity, telematics and high-quality, GLB and all the other A-Class derivatives will inherit most of the safety-relevant extras found on the E- and S-Class. In terms of multimedia, they go beyond version 5.5 Command system of the new E-Class and get version 6.0 instead. The cockpit will make a big development leap compared to the current A-Class family, just as the E-Class generation did last year. 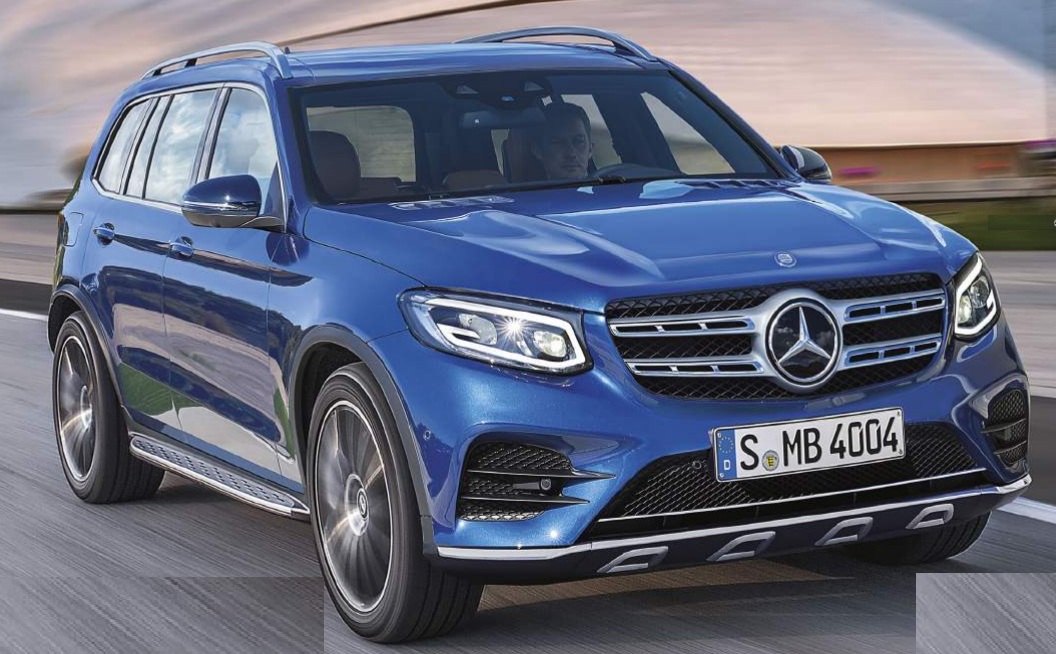 The interior is also dominated by large screen areas – for a cool look, Mercedes clearly stands in front of BMW who is still using fixed, freestanding screens in much smaller dimensions.
Small touchpads in the steering wheel facilitate the operation, as is the display with touch screen function in the middle. The rotary controller is therefore omitted.

And the drive? At the base again we find engines taken from Renault (1,5-liter diesel and 1,6-liter turbo petrol from 125 hp), accompanied by Mercedes’ own two-liter petrol (184 and 211 hp) and two-liter diesel (150 and 194 hp) four-cylinder units. Later, a plug-in hybrid with 100 km pure electrical range will be added. 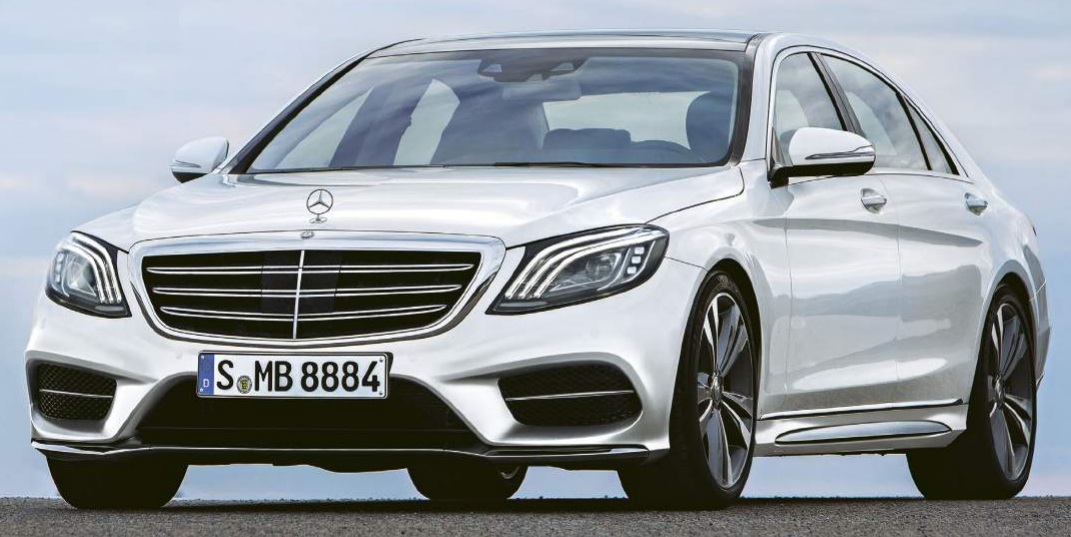 S-Class Facelift in 2017
Let’s take a look at the near future. In 2017, Mercedes is launching the E-Class Convertible and Coupe and the revised GLA. At the Shanghai Auto Show in April, the S-Class facelift will be unveiled, with 48-volt electrical system and extended functions for semi-autonomous driving. The new systems supports the driver not only on the highway, but also on country roads and roundabouts.

AMG is already celebrating its 50th anniversary at the Geneva Motor Show, with a model between the E- and S-Class on the rear-wheel drive MRA platform. This is not a sporty CLS offshoot or a Shooting Brake version, but a four-door GT variant – a Porsche Panamera competitor in the 600-hp league. A little later in April, the Mercedes-AMG E 63 (571 hp), which is offered with 612 hp in the S version, as well as the AMG GLC 43 (401 hp) debut at the New York Auto Show. The great e-car offensive
In 2018 the Mercedes GLC F-Cell kick starts the new electro-auto strategy. Fuel cells and rechargeable lithium-ion battery (about 9 kWh strong) are combined. Why? Because the SUV is driving the first 50 kilometers over the battery electrically. As a rule, this is sufficient for the daily journey to work and saves the detour to the hydrogen station as long as the network is as thin as at present. If required, you can drive 500 kilometers without emissions.

In 2019 will then roll the first Mercedes-EQ model – in the form of the SUV, presented by Daimler boss Dieter Zetsche at the Parisian car saloon in October: “The future belongs to emission-free driving,” he once again underlined. Like many manufacturers, Daimler hopes to achieve an electric car share of between 15 and 25 percent from total sales by 2025. For this reason, Mercedes chose the EQ SUV (the most popular niche), which was presented in October for the first time in the form of a study with a 70 kWh lithium-ion battery from Daimler subsidiary Deutsche Accumotive. The power amounts to about 350 HP, the range to 500 kilometers. This model is thus a true opponent to the new Audi Q6, which will debut in 2018 and will cost between 65,000 and 80,000 euros – depending on the battery size. Jaguar will also have an electric SUV with the I-Pace, expected in the first half of 2018 for around 75,000 euros. 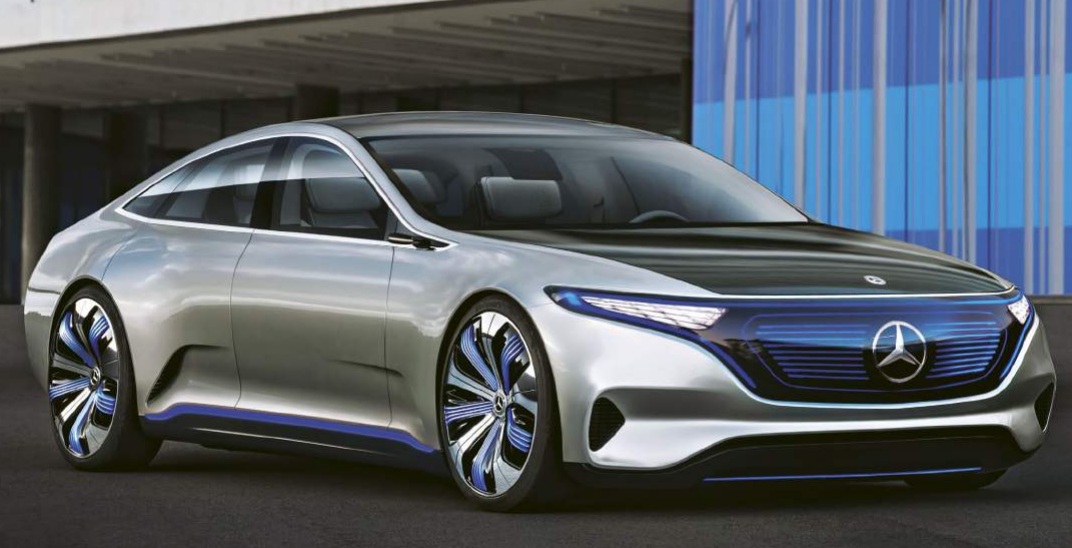 The Mercedes-EQ limousine also ranks in this price segment – mimicking the size of the E-Class. Mercedes will also be positioning two more luxury liners in the upper S-Class segment – a sedan and a SUV.

They will all look at the research car F 015 for state-of-the-art cockpit technologies: a broad, seemingly floating 24-inch TFT screen puts all the crucial information into the driver’s field of vision, and small touch controls are located on the steering wheel. In the center console we find another screen, which replaces the conventional rotary push-button controller. 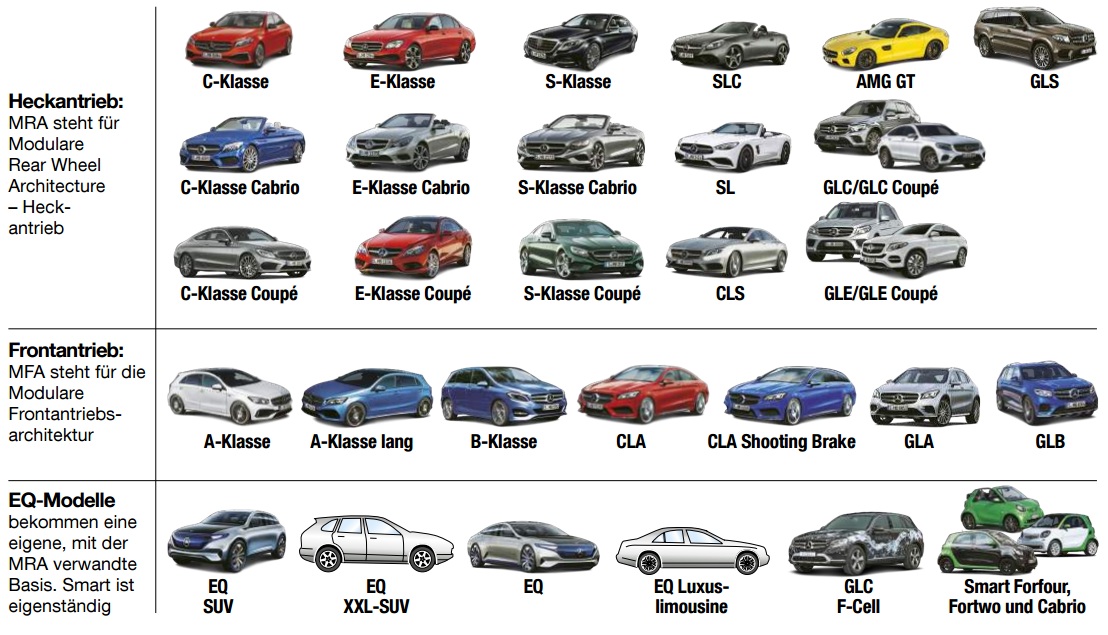