Rain Prisk, a talented designer, posted on his Facebook page a design proposal for a Mercedes mid engine sports car as a possible rival for the Audi R8 and McLaren 570. What do you think, Gorden Wagener?

Sports cars are not at the best of their history. BMW had to ally with Toyota to develop the successor to the BMW Z4.Mercedes is giving up SLC and developing a new platform dedicated to sports cars called Modular sports architecture (MSA) on which it will build both the future AMG GT and the future Mercedes SL in an attempt to reduce costs.

The MSA platform uses the transaxle system with the engine located in front and the gearbox mounted next to the rear axle.
It seems that this platform does not have the flexibility of the MSB platform from Porsche so it cannot be used to build a sports model with a central engine.

Rain Prisk, a talented designer, imagined on his facebook page what a Mercedes with mid engine would look like as a rival for the Audi R8 or McLaren 570.

The model designed by Rain Prisk is compact and looks even more compact than Audi R8 or Aston Martin Vantage V8 with a very short front. The front grille is more like the A-Class grille than the Panamericana grille. In profile, Prisk’s design looks more like a McLaren. Behind the windows and above the rear wings are probably the air intakes for cooling the centrally located engine. What doesn’t look much like Mercedes’ design are the very thin headlights.

The last Mercedes with a central engine was the exclusive and very expensive Mercedes CLK GTR built in only 30 units and which was practically derived from a racing model.

Next year, the Mercedes-AMG One hypercar with F1 technology will debut, which will have an exorbitant price of 2.275 million euros plus taxes. But Mercedes has no rival for the Audi R8, McLaren 570 or Ferrari F8 Tributo. A Mercedes mid engine sports car is a niche uncovered by Mercedes. What do you think Gorden Wagener about Rain Prisk proposal?

A few comments caught our attention.

“On fire like always, love the svelte styling so much more elegant than the works hyper car Project One. Power on.Hoping you are keeping well.”
“Nice

though Mercedes is not smart enough to even think of an Idea that radical.” 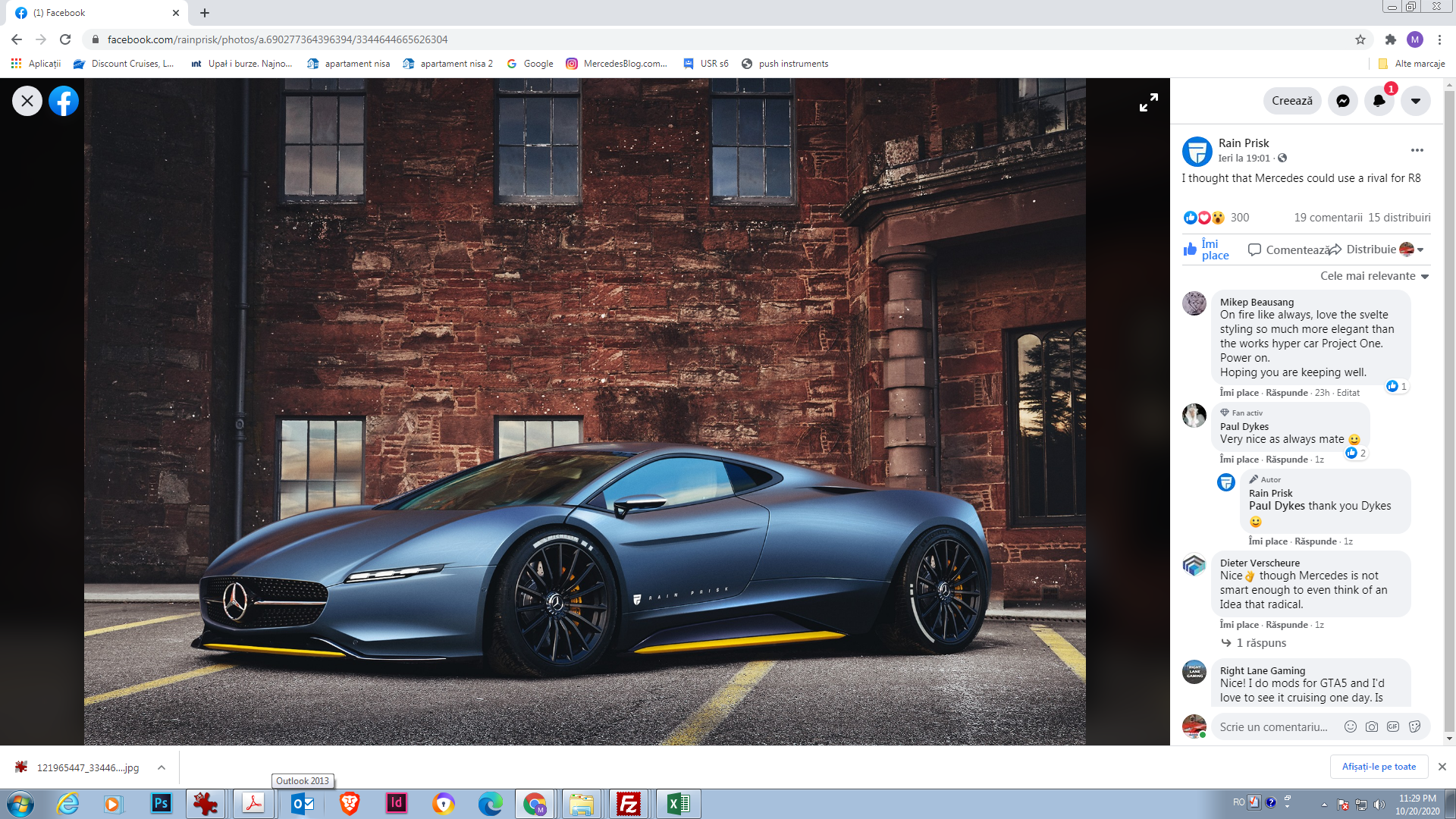