Mercedes is launching a Maybach with a smaller engine for those who can afford to pay big amounts of money on cars, but want to avoid high taxes. A six-cylinder variant will be available.

The Mercedes-Maybach is currently available with a 4.0-liter V8. The premium car maker has also teased a V12 variant. The latter is coming to mark the centenary of the luxury brand. For those unwilling to pay high governmental taxes, the German brand is launching a variant with a six-cylinder engine. The new variant will bear the Mercedes-Maybach S480 4MATIC designation. For start, deliveries will commence in China. But Mercedes might as well bring the luxury lower-costs saloon to the European market. Over here, it might come as an S450. 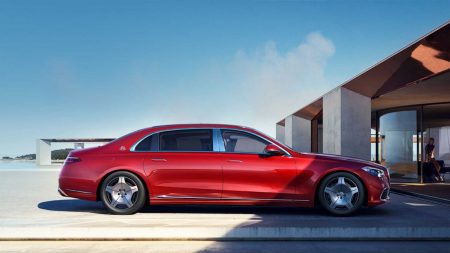 In China, the largest car market for German manufacturers, the taxes drivers would pay for large displacement engines are huge. For the Chinese customers, Mercedes and other car makers, are building special models and special variants. Therefore, Chinese customers were the only ones worldwide that had the possibility to order a 4-cylinder engine for the Mercedes-Benz S-Class W222. A similar variant of the G-wagon was also available there.

The six-cylinder engine of the future Maybach S480 4MATIC will deliver 367 horsepower and reach a peak torque of 500 Nm. Mercedes equips the variant with the EQ Boost, that will bring extra 22 horsepower and 250 Nm. The power unit sends its resources to both axles via a 9-speed automatic transmission and a 4MATIC all-wheel drive system. 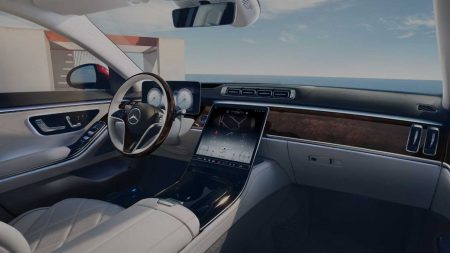 The Mercedes-Maybach S480 will need 5.8 seconds to accelerate from a standstill to 100 km/h. The top speed will be electronically limited at 250 km/h.

These are figures identical to those sported by the S450 in Europe.