Mercedes-Maybach S 600 gets the Brabus treatment

Since the new Mercedes-Maybach is, by all intents and purposes, a larger S-Class, Brabus had everything close at hand when it came to modifying the cumbersome and luxurious beast.

That’s why they didn’t waste any time with this tuning package for the ultimate S-Class (Mercedes won’t like us calling it an S-Class, but it’s their fault they morphed the two into one instead of keeping the Maybach a separate entity) and spat it out the moment we all got over the (limited) hype of the Mercedes-Maybach S 600 launch.

As you’ve come to expect from Brabus, this is a complete makeover comprising of exterior modifications, interior re-trimming and a significant performance boost. Let’s take them one by one.

I’ll start with the engine since I’m sure it’s the part you’re most eager to learn about and I don’t like suspense. The car is called the Brabus Rocket 900 6.3 V12. I’m just gonna pause here a little. This alone should tell you two things – no, what am I talking about, it should tell you one thing and one thing only: this car is stupidly fast. In a straight line, I might add, but nonetheless, it’s quick. 350 km/h quick, to be more precise. 3.7 seconds for the 0-100 km/h sprint, to be even more precise, in spite of its almost three tons gross weight. 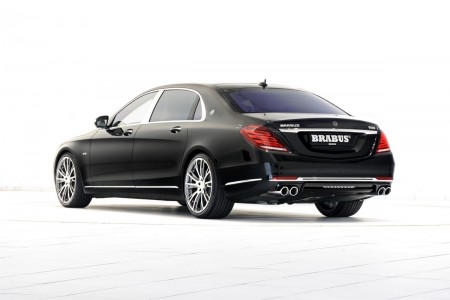 How did they do it? First of all, if you’re an avid Mercedes-Benz fan you’ll know the standard Maybach has a 6.0 liter V12 engine, so that means that Brabus increased its displacement by 0.3 liters. Some other adjustments had to be made to accommodate the new cylinder size so Brabus went for a billet crankshaft with longer stroke in concert with a larger cylinder bore.

Am I boring you yet? I’ll go on, then. The two standard turbochargers have been swapped for a pair that have larger compressor units and turbines, while the gases that leave their job eased by a new exhaust system. 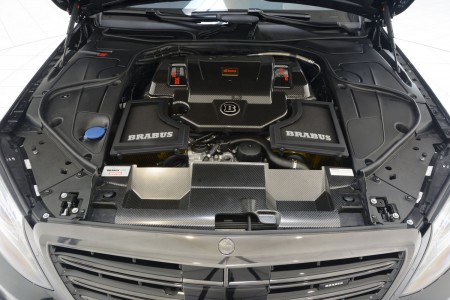 Brabus also worried (just a little) about control so they developed a special module for the Magic Body Control suspension system which lowers the car by 25 millimeters without affecting the sublime ride quality which makes this car what it is.

So, on to the other two points, the interior and the exterior. What? You’re not interested? You already got what you came here for? Yeah, I guessed so. Still, have a look at the image gallery for the complete picture.