Mercedes has announced the price of the superlux SUV Mercedes-Maybach GLS 600 which starts at 156,000 euros.

The name can be misleading because the Mercedes-Maybach GLS 600 does not mean the presence of a V12 engine under the hood. Under the hood works the well-known 4.0-liter bi-turbo V8 that develops 557 hp and 730 Nm with mild hybrid technology. An integrated starter generator (ISG) with 22 HP and 250 Nm supports the engine at acceleration. 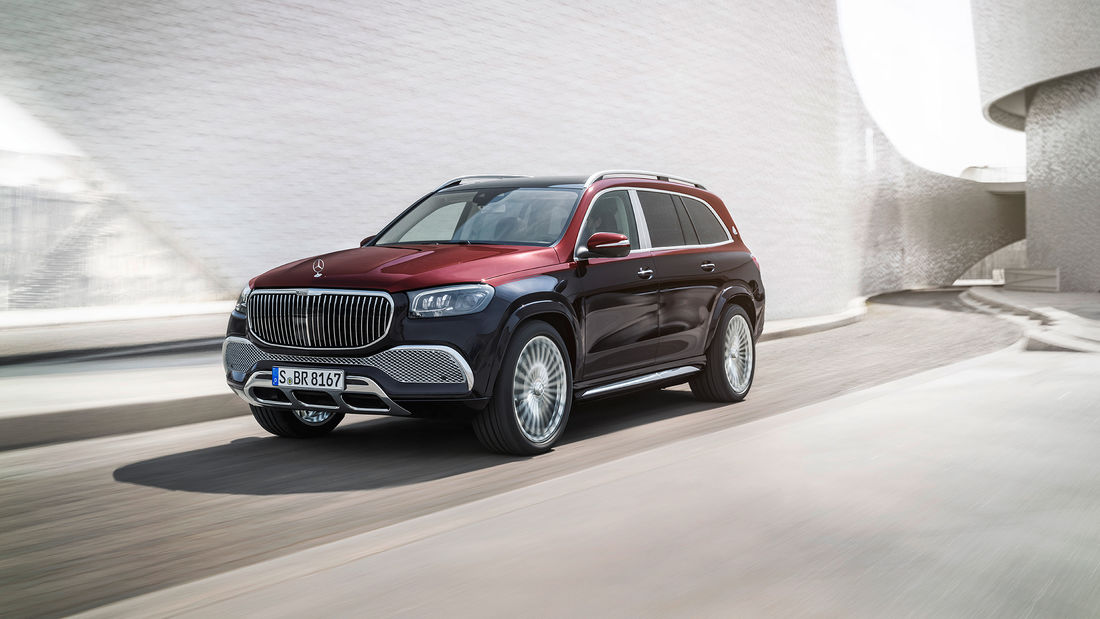 Mercedes-Maybach GLS was presented at the Guangzhou auto show in November 2019 and is based on GLS, the largest SUV in the Mercedes range, being ideal for the Chinese and US markets.

The Mercedes logo is placed on the hood as in the Elegance versions in the past and the Maybach logo is embossed on each of the rear pillars. After Mercedes gave up the Maybach models, turning it into a sub-brand of Mercedes, sales exploded. In 2018 every seventh S-Class sold was a Maybach. 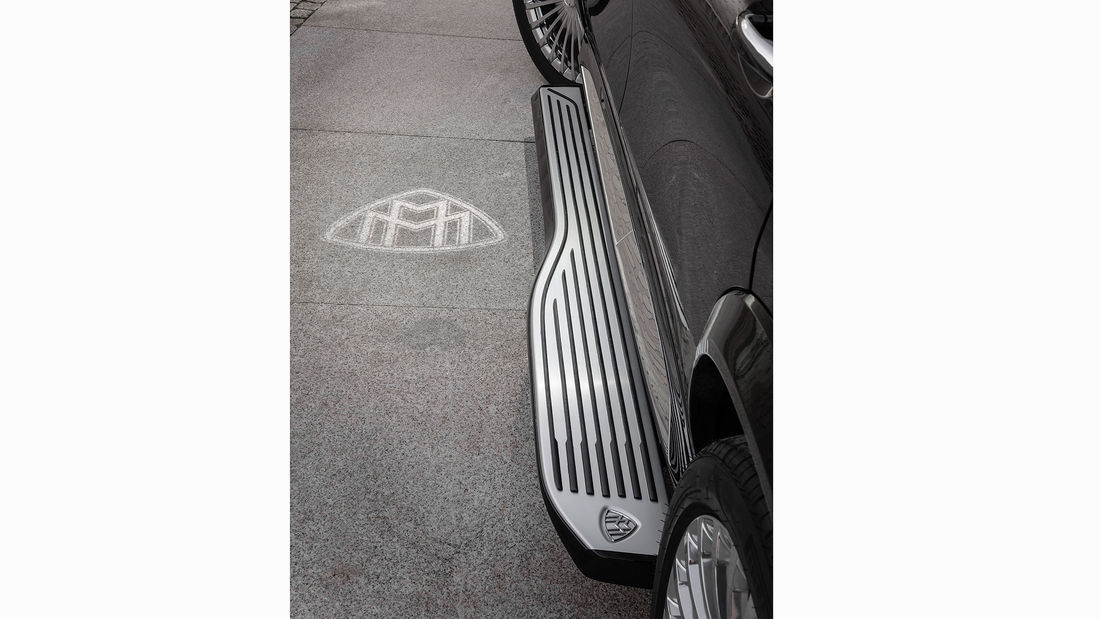 In the rear Maybach offers an unprecedented luxury. Passengers do not only benefit from separate air conditioning adjustment but also have their own air conditioning system. You can opt for two individual seats instead of the standard three-seater bench. In this case, between the two individual seats there is a central console that includes a refrigerator that holds three bottles of 0.75 liter champagne. 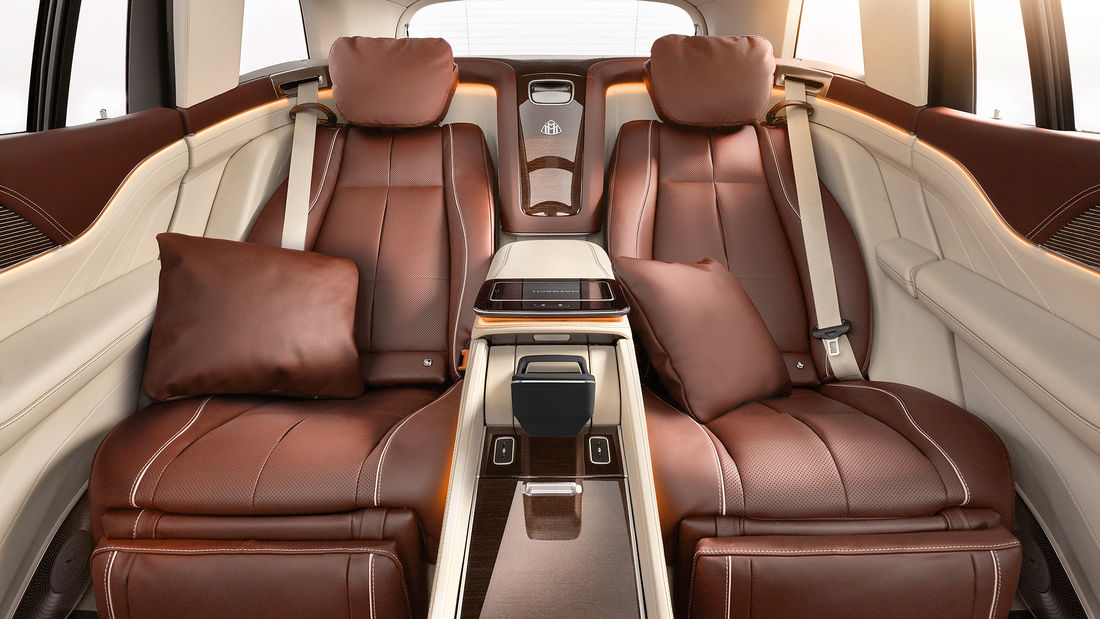 The spatial concept of the Mercedes-Maybach GLS starts with the seated position high above the road surface, which puts the SUV concept into the luxury segment. Compared with the S-Class, the driver sits more than 9.8 inches (25 cm) higher, and the rear passengers almost 11 inches (28 cm) higher. The rear compartment especially, with seats 4.7 inches (120 mm) further back than they are in the Mercedes-Benz GLS, serves as both an office and a private relaxation zone. The outer rear seats with their foot rests and the exceptionally wide backrest that can be inclined backwards up to 43.5° are ideal for deep relaxation on long journeys or even a rejuvenating power nap. 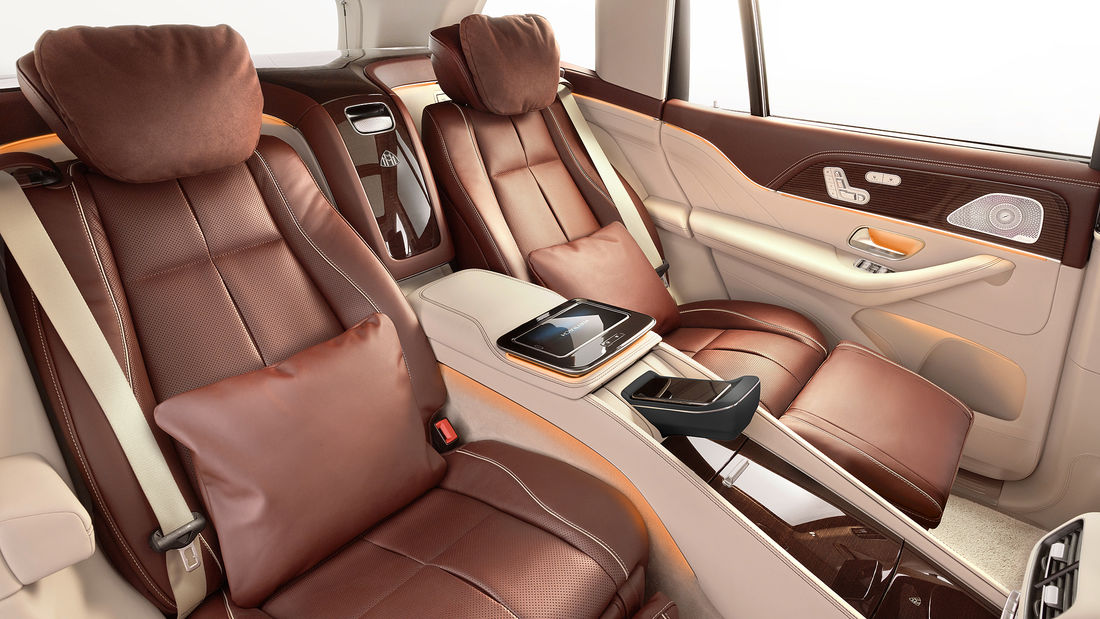 The long wheelbase length of 123.4″ (3135 mm) provides generous spaciousness in the interior. This results in the vast legroom of 43.4″ (1103 mm), in which the calf supports for both outer rear seats can be extended. They are standard for both seating configurations – the five-seater or the four-seater. If the front passenger seat is moved into the chauffeur position, there is up to 4.4 feet (1.34 m) of legroom behind it.

The rear seats are optimized to provide an outstanding level of seating comfort, particularly in the two outer seats. Compared with the position of the second seat row in the Mercedes-Benz GLS, the seats are each moved 1.2″ (30 mm) inward and 4.7″ (120 mm) rearward. This means there is 0.63″ (16 mm) more elbow room between the seat occupant and the door paneling in the Mercedes-Maybach. The headroom in the rear seats is 40.2″ (1020 mm) when they are in the normal position with the backrests inclined 27° rearward. 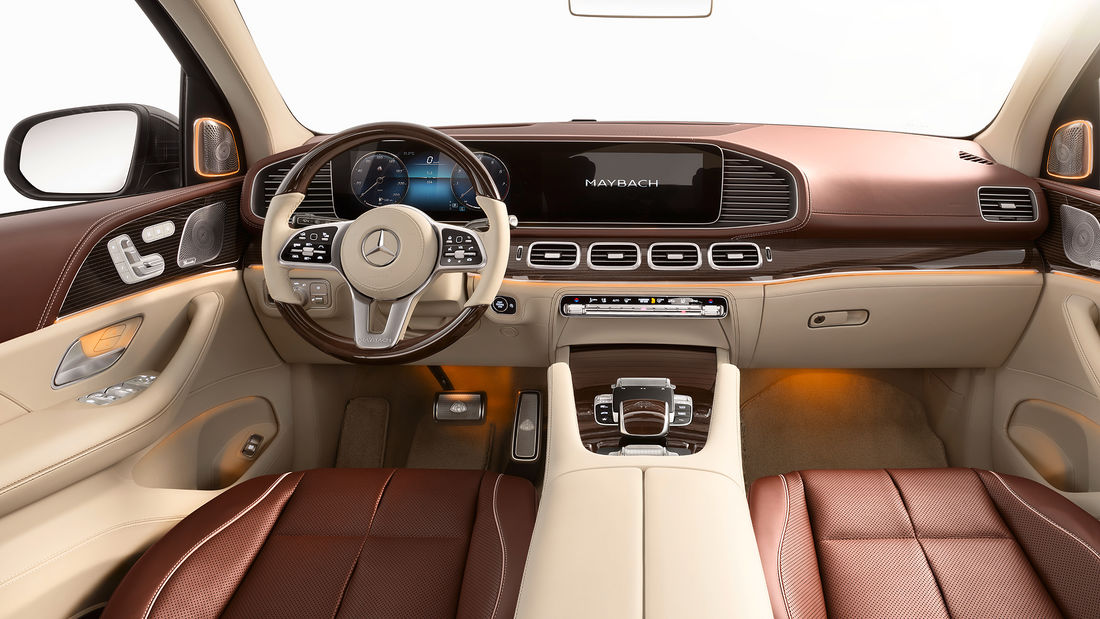 The GLS 600 also benefits from the Airmatic adaptive air suspension in addition to the E-Active Body Control. In addition to the normal drive programs, it has a special Maybach program for supreme comfort.

The E-Active Body Control suspension operates with the 48V network and benefits from the Road Surface Scan and Curve function. In Curve Drive Mode GLS actively leans into bends by up to 3 degrees like a motorcycle.