Mercedes presents tomorrow the first fully electric Maybach at the Munich show: Mercedes-Maybach EQS Concept. This is a luxury SUV built on the new MEA dedicated electric platform from EQS that will also be used for the EQS SUV that will appear in 2022 before the Maybach EQS.

At the general shareholders’ meeting in October 2020, Daimler CEO, Olla Kalenius, announced that Maybach, AMG and G-Class sub-brands will be electrified. The Mercedes-Maybach EQS concept is the first step of the new electric era for Maybach.
Gorden Wagener, Chief Design Officer Daimler Group: “With the Mercedes-Maybach EQS Concept, we’re transforming the brand into an electric future after 100 years.

Concept close to series version, launch not before 2022

Mercedes has not announced the launch date of the Maybach EQS SUV but has stated that it will not appear before the new Mercedes EQS SUV which will be launched in 2022.

Mercedes also announced that the concept presented in Munich is very close to series production.

Therefore, the concept has many features of the Maybach models. Thus, we notice the body painted in two colors (obsidian black in the upper part, metallic zircon red in the lower part) separated by a fine chrome pinstripe. The chrome frames also frame both the lower radiator grille, the side windows and center pillar while the Maybach M emblem is found on the rear pillar.

The concept runs on large 24-inch wheels in the Maybach “bowl” design with five short spokes and a flat center section.
For better aerodynamics, the door handles are hidden in the body. Maybach EQS will offer optional automatic comfort doors front and rear. When the owner approaches the car, the door handles come out. And if the driver gets even closer, the driver’s door opens automatically. and through the MBUX system, the driver can also open the rear doors.

The hood in obsidian black is separated by headlights and the radiator grille by another chrome frame on which is inscribed Maybach and on the hood sits the Mercedes logo. The generous closed radiator grille with vertical Maybach chrome plated pinstripes and three dimensional effect stands out through Black Panel technology. 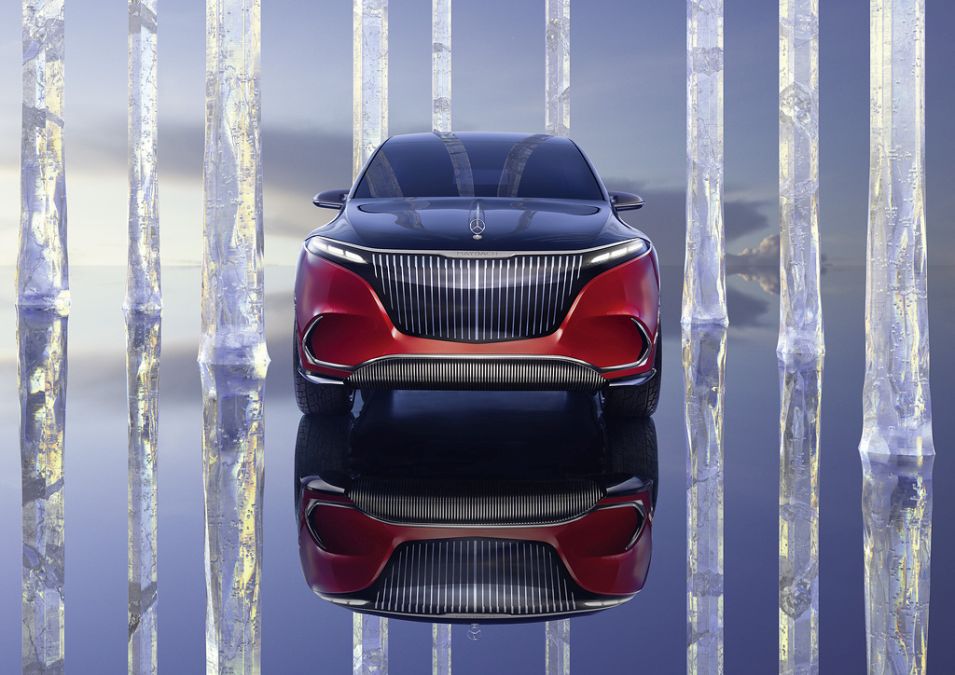 The dashboard takes over the MBUX Hyperscreen screen from EQS which extends across the entire width of the car. Beneath the glass screen are three displays that have Maybach and EQ specific menus and graphics.

The center console extends from front to rear and appears to float like a continuous ribbon giving an elegant impression of space. Door panels also have a new design with floating armrests. The multifunction steering wheel from Vision EQS with flattened top and bottom sections gives a high-tech look.

The interior comes standard with executive seats in the rear and Chauffeur package. The front seats are similar to those of the Mercedes-Maybach S-Class while in the rear can be configured First class rear suite with two generous individual seats as well as the High-End Rear Seat Entertainment system. 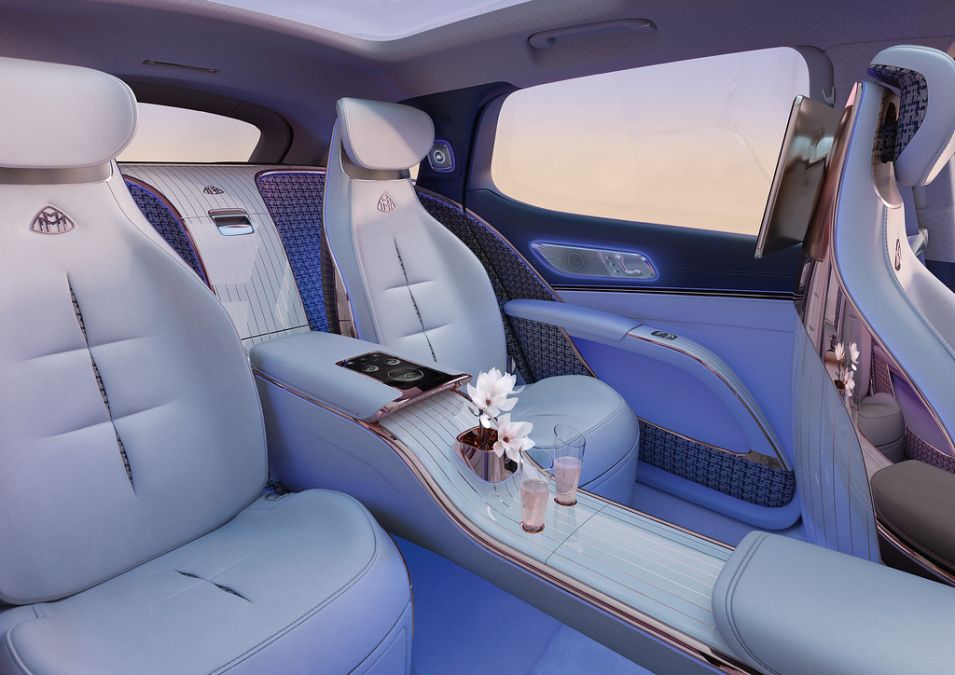 Mercedes does not yet give any details about the battery and engines, limiting itself to declare that the WLTP range of the Mercedes EQS SUV will be 600 km. We expect the Maybach EQS SUV to take over the large 107 kWh battery from the EQS 580 and have 760 HP as well as the future Mercedes-Maybach EQS 600 4Matic limousine in the Performance version.