In the era of the electrification, Mercedes-Benz has taken a radical decision: it kills the B-Class Electric Drive, so the 2017 model year is the last to roll off the assembly lines.

Mercedes-Benz USA spokesman Rob Moran claims that production would be phased out in the third quarter of 2017, so that the premium car maker focuses on extending its range of electric vehicles, all topping with the Concept EQ crossover.

The B-Class Electric Drive is currently being manufactured at the Rastatt plant in Germany, but the facility will soon be converted into a factory for the company’s updated vehicles, starting next year.

The beheading of the electric B comes as only natural in the company’s strategy, as the model has never been popular enough to wow the automotive market. Since crossing the Atlantic to hit the U.S. shore back in 2013, only 3.651 units of the slow-selling B-Class have been delivered between the two oceans. 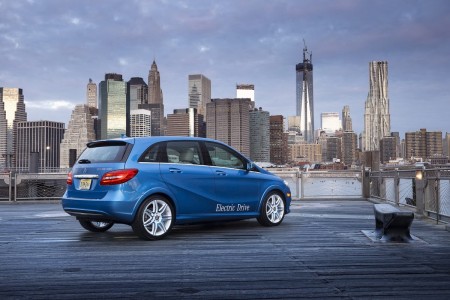 “Due to our strategic focus on [connectivity, autonomous driving, sharing and electric drive systems] for the mobility of the future, we are planning the step-by-step electrification of our portfolio. Moreover, we are evaluating the production of our new generation of electric vehicles at all of our locations of Mercedes Benz Cars”, Rob Moran states, upon saying goodbye to the electric B.

Parent company Daimler AG is planning on investing more than $11 billion in order to bring more than 10 new electric cars to the market by 2022. Many will be launched under the EQ sub-brand launched last year. Company executives have said EVs could account for up to 25 percent of global sales by 2025.