Mercedes increases stake in Aston Martin from 5% to 20%

A new step to the takeover of Aston Martin?
Razvan Magureanu, October 28, 2020
1.4K 0
Home AMG Mercedes increases stake in Aston Martin from 5% to 20%

It seems that Mercedes has big plans with Aston Martin and the transition of Tobias Moers from AMG to Mercedes seems more like a strategy move than a departure to a rival. Moers came in May 2020 and now Mercedes increases stake in Aston Martin to 20%.

I wondered why Tobias Moers would have left AMG after getting great results there. Installed in 2013, Tobias Moers increased the efficiency of AMG production and developed a second independent model of the Mercedes range – AMG GT 4 doors in 2018. Under Moers’ management, AMG reached record production figures of 132,000 units in 2019.

Moers replaced Andy Palmer, who had been CEO  since 2013. Palmer had managed to bring Aston Martin back to profit in the first years, but in 2018 the small British manufacturer arrived in the red zone again. Decreased sales and large investments in the new Aston Martin DBX for which a new plant was built also led to a loss of 104 million pounds in 2019.

On October 27, 2020 Aston Martin announced that Mercedes increases stake in Aston Martin from 5 to 20% in several stages.

Daimler will have a non-executive director on Aston Martin board of directors. The Germans will not pay for the new shares but in return will give Aston Martin access to new technologies. According to the calculations made, the intellectual property in Mercedes technologies is valued at 286 million pounds, being the equivalent of increasing the participation from 5 to 20%.

Aston Martin uses the 4-liter AMG bi-turbo V8 engine from 2017, which is found under the hood of DB9 V8, Vantage and DBX. Aston Martin also uses the electronic architecture of the multimedia system taken from Mercedes but it is the old Comand system while Mercedes has already moved to the second generation MBUX. 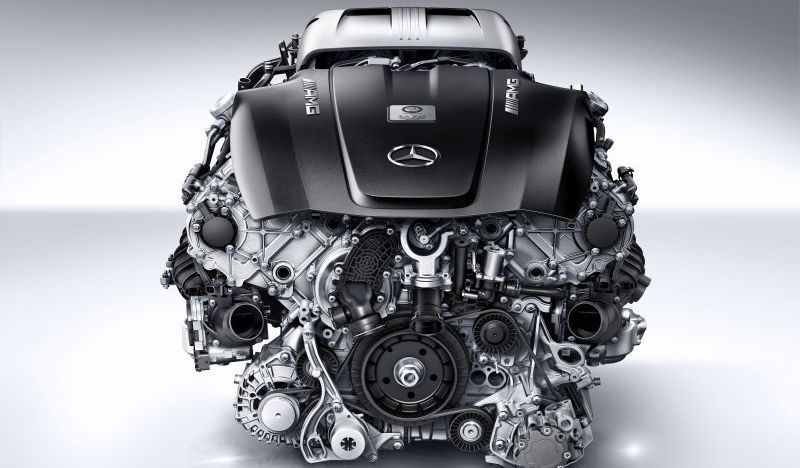 So far, Aston Martin has taken over the AMG 4.0 liter bi-turbo V8 engine with the same features like in AMG GT. According to the new agreement, Aston Martin will be able to adapt the V8 AMG engine according to its needs.

Regarding the V6 hybrid engine for the Walhalla mid-engine sports car, Moers told the German magazine motor motor und sport that he will continue to work on it but now there are other alternatives.

Thanks to the new infusion of technology, Aston Martin has revised its model plan. The first Plug-In Hybrid model will appear in 2023 and will be an SUV. Moers hopes to reach the target of 10,000 units sold per year after in 2019 sales had fallen by 7% to 5,809 cars.

The increase in production should generate revenues of 2 billion pounds annually and bring an operating profit of 500 million pounds, ie a profit margin similar to that of Ferrari.

The new partnership does not mean that Daimler will take over Aston Martin, but that Aston Martin will be able to maintain its independence by offering more competitive products. In the long run nothing is ruled out. Mercedes has stopped its luxury S-Class Coupe coupe and no longer has a rival for Bentley. An exclusive brand like Aston Martin would be the perfect anti-Bentley weapon. Aston Martin is one of the few independent brands and without the infusion of technology from Mercedes it would be impossible to survive.